My mother has been gone for over 20 years. She died peacefully in Kfar Saba and was buried in the Herzliya Cemetery. I have been looking for her notebooks ever since. Actually I started looking before she died when she was beginning to fade away and was being lovingly taken care of in the nursing home attached to Meir Hospital. It was during those daily visits that I asked the questions that I knew I would eventually want answers to, such as how she made her meatballs, and where her notebooks were kept. I was too late. Notably, she could still point out incorrect English grammar, but she couldn’t answer my questions.

For all this time I have been trying to make her meatballs, minus the recipe, and I have been searching for the notebooks. They would have logically been put safely away in the little apartment in downtown Herzliya that she had shared with Dad for the last years of their long marriage. But she had been ill and then had to be moved to the acute care facility. That was likely to be a time when things could have gone awry.

The other day, here in West Orange, New Jersey, 6000 miles from the likeliest place for those notebooks to be, I discovered a single notebook which I had been ignoring for all those years, simply not realizing that it was one of Mom’s. This was a Eureka moment, exemplifying my own theory about lost objects: stop looking and you will find them! It was also a breathtaking event when I found my mother’s words, written in her own beautiful Palmer Method Cursive handwriting, sitting by my side. She had never left me. I could read her stories after all

Much like my sister and me, our Mom liked to dabble in writing. My sister is a prominent published Israeli textbook author; and I began to write long before Mr. Hurley, a favorite Weequahic High School English teacher, told me that being literary has its compensations. I’m still awaiting them but I’ve spent my life as a newsletter editor and writer for civic and religious groups and other volunteer publications, as well as creating the marketing of my own listings for the many years I worked as a real estate broker.

Thus, Mom, without benefit of a word processor, diligently did her research and proudly created the weekly Parksville Chatterbox for a local Sullivan County NY paper known as the Liberty News. This was a column which she created every summer season, a newsy tribute to the comings and goings in tiny Parksville, New York. She tried to be ecumenical but in truth she really knew most about the Jewish community members who spent their summers in the hamlet. Eventually, as our kids were born, our own family was often featured in her articles. And letters from my sister’s earliest days in Israel were eagerly shared. I suppose we all prefer to write what we know, and that is what she knew.

Since these days we can save what we write very easily it’s hard to remember that in ancient times like the 1950’s and 1960’s we were dependent on typing, or writing by hand, and using the dreadful carbon paper with its horrible black ink that got all over everything. Mom used to write in a black and white covered notebook. She would send a copy, a carbon copy at that, to her editor with that week’s tidbits. And the original would remain in the notebook for posterity, which meant my sister or me. Unexpectedly the notebook I found in West Orange was green and white. That was the deviation that led me astray.

I never found most of those notebooks. I suppose that in some time of transit, like when Mom and Dad moved to Israel for example, things like that were deemed unimportant and trashed.

Hence, I was thrilled to recently open a drawer in my very own desk and dig a bit deeper than usual to find that green and white notebook, just like Mom used except for the color of the cover, buried under what must be fairly called junk. My heart was pounding as I stroked its welcoming cardboard. What was in there and how did it arrive in West Orange? I can only answer the first part of that question. What was in there!

Mom was never a waster. This notebook was not filled so she had brought it to Israel for future use. From the contents in the second half of the book I could see precisely where she intended it to go. This was the designated destination for her Ulpan notes. So I saw simple Hebrew, mostly transliterated, so that yalda was girl, instead of the Hebrew letters. She was mainly interested in speaking so writing was a secondary skill, never focused on. Even transliteration was challenging and the notebook never got past the very elementary lessons of kitah aleph. She tried and was diligent but Hebrew language remained unmastered even though her Yiddish was fluent for an American born, and her French and Spanish were definitely conversational. Hebrew was, however, a frustration. I understood since I myself had confronted the same challenges and while I progressed far enough to ask the grocer where the agvaniot (tomatoes) were and could direct the taxi, kan yamina, here turn right, I never approached Hebrew literacy, remaining permanently around kitah bet or gimmel. Happily I can say that my children and grandchildren are fluent!

But what were the rest of the notebook’s contents? This was the treasure, or at least a small part of it, that I had longed to find. These were anecdotes about the Bauman House, Parksville stories, the joys and miseries of owning a hotel which evolved into a kuch alein (a cook alone). These were snippets of the buried tales that Mom and her mother, Peshka, and her father, Pop, and my two uncles Charlie and Dave, and my father, Sam, eventually took to their graves with them. They were pieces of a puzzle and I will probably never know where the rest of the notebooks are. But the discovery of this single volume has brought me back in time, even to time unimaginable, when my family existed before I was born.

This notebook, written in her beautiful script, was more like reference notes than actual stories. There were parts of tales that she had planned to write and either she never did or I merely can’t find them. It was up to me to flesh them out and make sense of them. Often I couldn’t do that and be faithful to the story line. But, most endearing, I could share time and space with my long lost mother and sit with her while she narrated. I know there are more notebooks. I just don’t know where they are. But I hear her voice again and it resonates in my soul.

The first meal Mrs. Goldberg partook of was a Saturday evening supper, the only uncooked meal of the week. Tables for 8 were set up in the main dining room and piled high with assorted cheeses, sour cream, newly picked huckleberries from the secret source up the road near the Lash Hotel, boiled potatoes and fresh salad items, all supplemented by Peshka’s home-made delicious rugelach. Mrs. Goldberg sneaked in at 6:45, a quarter of an hour before the supper was scheduled to take place. By 7 the contents of her table for 8 were decimated. Not a crumb was left. Peshka had never seen anyone consume such a vast quantity of food.

And so, Sunday morning breakfast found Mrs. Goldberg at the train station, driven by the almost dentist Charlie, with her refund pocketed and my grandmother still shaking her head! How could anyone eat so much?

Such was the nature of the stories. No crimes of passion. No mayhem. Simple tales of people interacting with each other for their own benefits.

Her descriptions, artfully expressed, relate the life of a young woman, thrust into a business dream conjured by her mother, and more reluctantly, her father. This place, this Bauman House, was not to be her career or her life’s work. The goal was to pay tuition for Charlie’s dental school, NYU. Her own dreams sent her to Brooklyn College, but the summers were filled with Mom, named Ida, Peshka, Pop, and Charlie and Dave, doing all the myriad jobs that otherwise would have required paid help. She worked in the kitchen and the laundry and anywhere else she was needed. Charlie and Dave were the chauffeurs and handymen. The guests were always demanding and, it seems, always eating, and often trying to get the upper hand on the management. Usually they succeeded. Peshka was a shrewd businesswoman but, in the end she knew that unhappy guests were not what she wanted. She learned to be a diplomat and loyal guests were the reward.

Thus, the find of the notebook gave me some insight into the joys and frustrations of running the Bauman House and a view from the beyond of life all those many years ago. Perhaps, serendipitously another notebook will suddenly appear and tell me more of the stories that I yearn to include in my life. 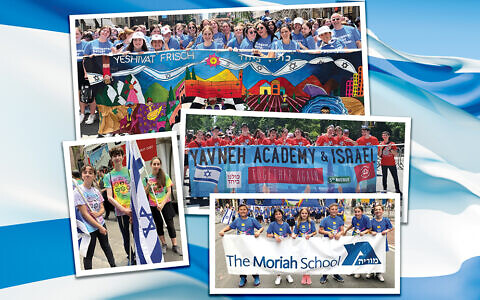 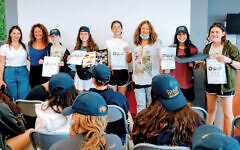 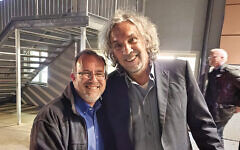 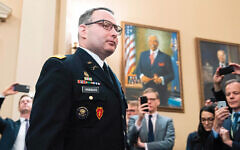 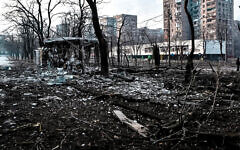