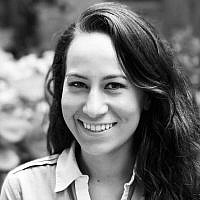 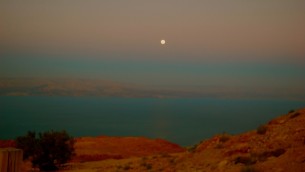 I have not been able to bring myself to write anything at length about the horrendous attack on the Jewish people that is currently taking place in our homeland for many reasons. The night that Naftali Fraenkel, Gilad Shaar, and Eyal Yifrach were murdered in cold blood for being Jews in the wrong place at the wrong time, less than 15 miles away (and on the same “wrong” side of the 1949 armistice line), I was nestled safely in a sleeping bag chatting idly with friends. Though the news of the kidnapping saddened and enraged me, it was a pain made visceral only by the injustice of it all, by virtue of the fact that those kidnapped were young Jews not so very different from myself. The first shabbat and week after the boys were kidnapped I spent in Tel Aviv, where The World Cup was a bigger topic of conversation than the Chatufim; after all, in Israel, kidnappings and bombings and being terrorized by your neighbors are nothing novel. In Jerusalem, where I spent the second Shabbat, the grief was more tangible. But even still, the atmosphere was not one of despair, but of hope; at Shira Hadesha where I attended services on Shabbat, it was if the prayers and songs of the hundreds of voices were willing the boys home and the terror to retreat. At the rally last night in Rabin Square in Tel Aviv, thousands of us sang and prayed and screamed and laughed and cried together, urged God and the universe to hear our cries. But alas, as the Jewish people know all too well, determination and strength are not always sufficient to save the individual lives of even the most righteous among us. When I learned the news this evening, I was utterly crushed and heartbroken. Though of course there has been speculation, no one truly fathomed that this could be the outcome; using children as bargaining chips, that Hamas is capable of. Murdering children in cold blood? That was simply inconceivable. The greatest tragedy is that these three boys, who were active members of their community and all actively involved in making the world a better place, were ripped from it by those who wish only to see it burn. But there is another tragedy that will come upon us if we do not act, and that tragedy will be letting their deaths scare us into submission to the will of the enemy. Grief is often described as hanging in the air like a thick wet blanket, but that is not how the Jewish people deal with their grief. The night that the three boys were murdered, a beautiful full moon was illuminated in the night sky. The Jewish people mark Rosh Chodesh, or each new moon, as a time of celebration; though the history of our people has been filled with that which is great and terrible, even in periods of utter darkness, we have kept the faith that the new moon will come and that life and our people will march forward. The coming weeks and months and years will not be easy for the Jewish people or for the families and friends of those murdered; it will not be easy for those living in Israel and the West Bank whose lives will indubitably be impacted by increased tensions and escalating violence between Israel and the Palestinian unity government as a result of Hamas involvement in this atrocity. However, all who love peace must stand strong, must not lose hope, must urge the Israeli and United States governments in particular to seek justice by all means necessary. We must remember, above all, that though the darkness is casting an ugly shadow over the world today, those who seek peace and love, not fear and hate, will ultimately arise victorious.