According to a 2016 study conducted by the Maccabi Healthcare Services, the number of children with ADHD has increased dramatically. The study looked at Israeli children between the ages of 5 and 18 who were prescribed ADHD medications after being diagnosed with the condition. 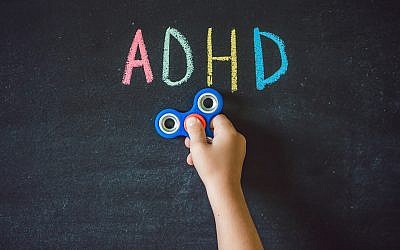 The research team found that while only 6.8% of children received an ADHD diagnosis in 2005, a whopping 14.4% received the diagnosis in 2014. That equates to one in seven children in Israel being diagnosed with ADHD.

Researchers say the sharp rise in diagnoses may have to do with increased awareness of the condition. Still, Israel has a very high percentage of ADHD children compared to other developed countries. It is precisely double the world average of 7.2%. Should we be worried? Maybe.

ADHD is a neurological disorder, multiple studies using functional MRI demonstrated that this condition negatively affects the activity of neurotransmitters in multiple areas of the brain incl. the frontal cortex region. However, the experts consider this disorder to be the result of both inherited and external factors. It has been observed that children are four times more likely to develop ADHD if their parents or close relatives have been diagnosed with the condition. While researchers are confident that there is a genetic basis, they have yet to pinpoint the specific gene.

However, genetics is only one piece of the puzzle. A child’s environment can also lead to ADHD. The main culprit here is technology; it has been shown in multiple studies that prolonged daily exposure to computer technology negatively affects brain functions. Kids today are spending a lot of time on their smartphones and video games, and many researchers and educators blame these for shortened attention span. They attribute a jump in ADHD diagnoses, especially among adolescents, to so-called “Technology Overload.”

Many people still question Davidovich’s results. Israeli mothers want their children to succeed, and some believe that medication can help their children perform better in school or achieve a better post in the army. Overanxious parents may be partly to blame for the high rate, as their concerns may lead to more unjustified prescriptions of ADHD medications.

According to child psychologist Dr. Tali Shenfield, author of a popular online test for child ADHD, the apparently higher rate of ADHD in Israel may simply reflect more thorough screening procedures than in other countries. Misdiagnoses may also be a problem. A proper psychological assessment is crucial to ensure that children are correctly diagnosed and treated. Testing for ADHD is not like testing for other medical conditions. Aside from documenting a number of pertinent symptoms, it is necessary to analyze their relation to a child’s overall development, as well as intellectual and social-emotional functioning.

Israeli doctors may test kids for ADHD in a few different ways. One way is through computerized tests, like MOXO and TOVA. Another way is through a psychoeducational evaluation, which is more accurate.

Whether or not the rise of ADHD cases in Israel is indeed a cause for concern depends on one’s point of view. ADHD is a double-edged sword. Some consider this condition a “gift,” as children with ADHD have a unique set of strengths that should be embraced. These strengths help offset the shortcomings that come along with ADHD.

For example, kids who fall into the hyperactive/impulsive category can be incredibly resourceful, insatiably curious and utterly fearless. All of these qualities will serve them well as they reach adulthood. Many children with this type of ADHD are also tough and quick, which makes them excellent athletes.

Those who fall into the inattentive ADHD category tend to be observant, inquisitive, creative, optimistic and emotionally intuitive. They’re the dreamers and seekers of the world, but they also possess qualities that are highly sought-after in the workplace.

Naturally, ADHD has its shortcomings. Students with ADHD have a hard time listening to teachers, focusing on their homework and tasks, and consequently, their school performance is often quite poor. ADHD is often accompanied by the executive function deficit, which makes it very difficult to do the planning and organize one’s time and tasks. ADHD kids often have a hard time maintaining conversations, and they are continually interrupting or blurting out while others are talking. Many of these children battle low self-esteem, which is often a result of bullying at school.

Kids with ADHD typically have a lot of energy, which can be an advantage in some settings and a disadvantage in others. They get bored quickly, and they fidget often.

Regardless whether you view ADHD as a gift or a curse, it is evident that children with ADHD require special support. It is vital to ensure that both parents and educators understand the nature and nuances of this diagnosis.