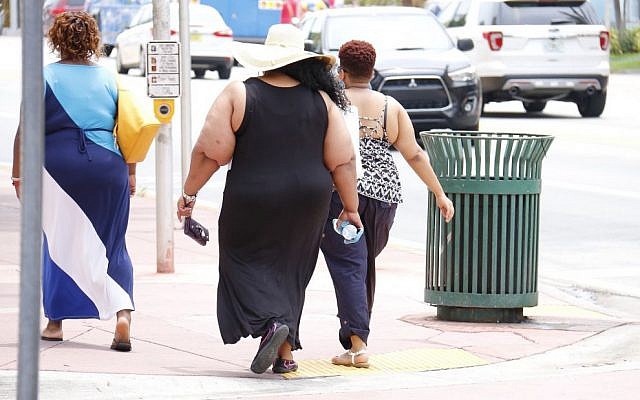 I found myself in the office of a specialized ophthalmologist a few weeks ago. My local doctor had performed a routine eye exam and found that there was something a little unusual about my optic nerve.  She was relatively sure that it was nothing to be concerned about, but she referred me to a specialist nonetheless, just to be safe. And so, I found myself sitting in an office with some impressive diplomas on the wall and some high-end equipment attached to a swinging arm near the examination chair.

The doctor was super nice. He took the time to explain every small detail of the exam, and he constantly reassured me that it was his impression before he even examined me that I was perfectly fine. He was professional, competent, and I could tell that he was passionate about his field. My single daughters would be mortified to know that as the consummate cliché Jewish mother seeking a successful doctor as a son-in-law, I snuck a glance at his left hand to see whether he was wearing a wedding band, and I looked on his desk to see if he had any family photos which would indicate his marital status. Yep, I was *that* mom, though I definitely should not be admitting this here. The point that I am trying to make is that I really liked the guy.

And then, he did something that made me like him somewhat less. Actually, a hell of a lot less. In a voice and demeanor that one would usually associate with a mental health professional (no offense, you guys!), he said something to the effect of this: “I know that as a mom you are probably really busy taking care of your family and you may not take the time to care for yourself. Most moms take care of themselves last. Have you thought about maybe trying to find the time to exercise; you know, maybe go to the gym? Do you have a gym near where you live? And maybe try to eat a little healthier? You know, eat less, exercise more?”

Honest to G-d, it took me a few seconds to even register what he was saying. It was so incredibly out of context. And then there was the incongruous disparity between his sensitive tone and his sanctimonious, stinging words.

I deserve a round of applause, or actually a standing ovation, for my restraint. Mothers of daughters with eating disorders tend to be quite overreactive when it comes to matters of weight. Added to that was the fact that this doctor was making rather false presumptions, using facts not in evidence, about my eating and fitness habits. It seemed clear to me that in his mind, someone who looks like me must spend all day eating junk food and certainly doesn’t ever exercise. Can you say preconceived notion? How about weight bias? This doctor was not only biased, but he was way off base.

I was more stunned than angry. I had heard a lot about weight bias in the medical profession, but I had never experienced it personally. Well, that is, until now.

After a moment of silence and a barely contained death glare, I looked this well-meaning doctor (who I no longer wanted as my son-in-law by the way) in the eye and I told him that while I am not a big fan of the gym, I do exercise on the treadmill on average 4-5 days a week, and that I make a conscious effort to eat well. He was caught off guard by my answer, and he just smiled at me and said something inane along the lines of “that’s great”!

I can’t claim to speak Latin, but I do know “Primum non nocere”—“first, do no harm”.  Weight stigma harms. Weight bias harms. Weight shaming harms. Offering a patient scientifically disproven advice harms. Bad enough the world that we live in finds it acceptable to pass judgement on and vilify those in higher weight bodies, but when it comes from within the medical profession, it’s intolerable. Et tu, Dr. Brute?

No one should be made to feel ashamed of his or her body, least of all in a professional setting. Shame never made anyone lose weight in a healthy way, and has triggered too many eating disorders, which by the way are exceedingly common in people who are far from thin. And on the most basic level, weight stigma will prevent people from seeking medical care.

I am not telling clinicians to ignore obesity, that would be a grave mistake. What I am saying is that if you treat patients, when you walk into your office every morning, leave your weight bias at the door. And if you can’t do that, then get professional help, because you need it in order to “first, do no harm”.

My family doctor is kind, sensitive, and a wonderful diagnostician. He has treated me for many years. We have had conversations about the medical implications of being overweight; however, those conversations were meaningful, as the result of a long-standing doctor/patient relationship, and they were laced with sincerity. He is not judgmental, not weight biased, and not condescending. As a result, I respect him tremendously, and I am far more likely to follow his medical advice and to keep seeking medical treatment from him whenever needed.

As for the nice ophthalmologist with the impressive diplomas, I hope that he sticks to conversations about optic nerves and retinas from here on in, because that is his field of expertise. I know that he didn’t mean to cause detriment or harm, but he truly could have. I can brush off his weight bias — I just pray that he doesn’t give his patronizing little speech to someone else who could be damaged by it. I haven’t decided if I am going back to see him again; but if I do, we are going to have ourselves a little chat.

I am going to say the same thing to him that I will say to anyone else. Don’t look at me and assume that you know anything about what I eat and how much I exercise, because you don’t. And you know what happens when you assume….