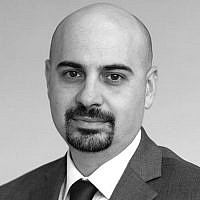 Since 2020, Chicago-based financial services firm Morningstar has been under fire for acquiring an ESG (environmental, social, and governance) ratings business that has been quietly seeking to advance the goals of the BDS movement through investment advice. Since the activist-investor group JLens brought this issue to Morningstar and the larger pro-Israel community, Morningstar has worked not to address the root problem but, rather to make the associated PR problem go away.

To achieve their public relations goals, Morningstar has employed a prototypical crisis communications strategy. Here’s how that works. First, deny, deny, deny. And, by their own admission, that’s exactly what Morningstar did. Second, if denials don’t work, feign good faith by acknowledging the minor error of being “too quick to end the discussion about the possibility of bias in some of our research.”

Now that the company in question has acknowledged there might be a problem, they need to find an ostensibly unbiased referee to grant them the coveted hechsher to make the PR problem go away. But nothing can be left to chance, so what’s a CEO to do? Simple, hire the referee yourself. And that’s what Morningstar did by paying a white shoe law firm to deliver a report seemingly addressing the pro-Israel community’s concerns.

Now it would be too obvious if the bought and paid for referee simply signed off on the company’s practices, so a common tactic is to find a minor, easily addressed fault, fix it and then magnanimously go one step further by saying other changes – all recommended by the “unbiased” adjudicator – are coming.

Again, Morningstar followed this part of the crisis communications handbook as well. Their law firm, White & Case, issued a report, making largely superficial recommendations, and including a few pull quotes that can be used to argue that the poor, little multi-billion-dollar company is doing its best. Under many crisis communications circumstances, these steps could indeed work because, as the thinking goes, nobody’s going to actually read the full 117-page report.

But Morningstar’s initial plan failed because the highly respected Foundation for Defense of Democracies (FDD) did read the full White & Case report. And here’s where things get interesting.

As White & Case is a law firm with a reputation to protect, they had to include their actual findings in the document. But they also needed to satisfy their client. So, what they did was include subjective conclusions that appealed to the Morningstar narrative, but which bore little relation to the objective facts discovered. As a result, FDD was able to succinctly pick the White & Case report apart, and smart, pro-Israel state leaders took notice.

Now Morningstar has a big problem. Dozens of senior state officials from across the country are investigating the company for violating anti-BDS and/or consumer protection statutes. Some might think it’s time to come clean, but not Morningstar. For them, it’s back to the crisis communications playbook.

The company is now doubling down on the narrative that their company is engaging in a good faith effort to resolve the concerns of state officials and pro-Israel activists. Case in point: Within days of Missouri announcing an investigation into Morningstar, the company published a website to keep people updated on the progress they’re making on the (largely superficial) recommendations from their White & Case whitewash.

Following that, Morningstar noted that they’ve recently begun engaging in a dialogue with members of the pro-Israel community. While this should be a step in the right direction, Morningstar’s recent op-ed on this issue indicates that they are using the dialogue as a fig leaf to advance their crisis communications narrative.

Permit me to give Morningstar a bit of free advice: First, your entirely predictable crisis communications strategy has not and will not work. We’ve been here before, we’ve seen this play out before, and if you Google the terms BDS, Unilever and/or Airbnb you’ll know that we already know both your next move and how this ends.

Second, there is the potential for real legal jeopardy if false statements have been made in the press and to shareholders. That may be why you’re doubling down on a failed PR strategy, but your lawyers should’ve long told you that, as the adage goes, the cover up is often worse than the crime.

Third, your threats aren’t working either. According to reports we’ve received, members of your team have quietly threatened reporters and activists with legal action. Allow us to assure you that people in these professions are often threatened by far scarier people than amoral business/law school grads, and yet they’re still sitting at their desks, diligently working (after reading this feel free to send your threatening letter to info@cufi.org).

Morningstar has grossly underestimated the pro-Israel community, and it seems they’ve also failed to grasp that for many elected officials supporting Israel is not a political issue, it’s a core element of their worldview. Moreover, Morningstar shouldn’t be surprised if elected officials in Washington very soon take notice of their pro-BDS activity and potentially misleading communications. Perhaps when that moment comes, Morningstar will reconsider digging in their heels, and instead, do the right thing. Either way, the one thing the Chicago-based financial services firm can take to the bank is that when this is over, ESG will not be the backdoor through which BDS infects the lifesavings of American investors.

About the Author
Ari Morgenstern is the Senior Director for Policy and Communications for Christians United for Israel.
Related Topics
Related Posts