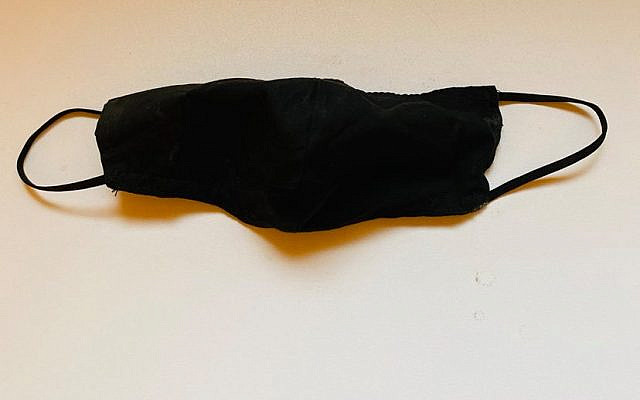 In Parshat Ki Tisa, when Moshe returned from Mount Sinai with the second set of Tablets, he was unaware that the skin of his face became radiant.

According to Onkelos, the Aramaic translation of masveh is “Beit Apei”, a face cover.

Rashi comments that masveh refers to a cloth placed in front of the face and the area of the eyes. Moshe would place the cover in front of his eyes. He would remove it when speaking to B’nai Yisrael and when God was speaking to him until he went out. And when he went out to teach God’s words, he would go out without the cover.

Abravanel explains: What was meant by Moshe being unaware of the glow emitted by him is that he felt that it was not right for him to use this glow in ordinary everyday matters such as eating, drinking, sleeping or talking to his wife and household on matters not connected with Judaism. But when he was engaged in imparting the message of the Torah to Israel he did not veil his face so that they would feel the full spiritual impact of his personality.

Nehama Leibowitz points out that just as Moshe received God’s message without a veil, so he transmitted it. He did not hide behind it or make Judaism into an esoteric cult for the initiated only, but imparted it to all Israel without discrimination, just as he received it at the hand of God.

This year, as we read about Moshe’s face covering, while wearing our masks, we have a lot to think about. Due to Covid, teachers have to wear masks or stand behind a plastic wall while teaching in person. Unfortunately, this limits the relationship that the teachers have with their students. They do not have the same connection that they would have had if there was no barrier. When teaching on Zoom, although we remove our masks, we are not physically in the same room with our students.

The situations where Moshe took his mask off in order to get closer to God or to B’nai Yisrael are exactly the times when we are required to put ours on.

May the day come when we can safely remove our masks and once again form close relationships with our students without any obstacles in the way.