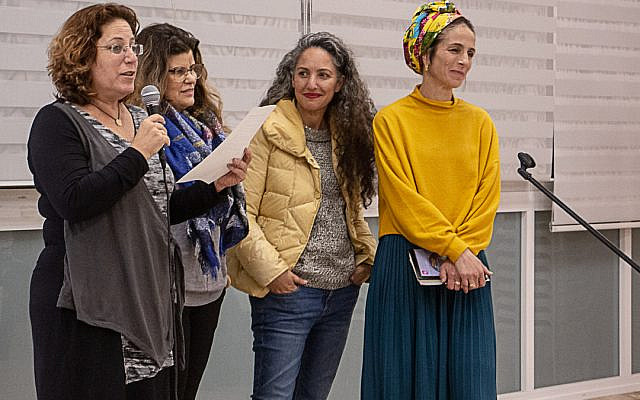 Tuesday night, just before three more rockets exploded in the Western Negev, tens of mothers came together in the dining room of Kibbutz G’var Am, just south of Ashkelon in the northern corner of the Gaza Envelope. The women are in touch daily through the Facebook group of Imahot HaOtef (“Mothers of the Envelope”) and came to hear Almog Boker, the Channel 13 correspondent for the south. He is one of the main journalists who reports from and lives in the Western Negev. As he says: “No one knows the Western Negev like those of us who live there. And no one cares about us in the bigger picture.” We have had weeks of renewed rocketfire, without any government responses. The Prime Minister, the Minister of Defense: no statements, no visits, not even tweets. Virtually radio silence, from the government, because: “Election season” (again). And it’s more comfortable to leave the south simmering on a back burner for now.

A civilian advocacy group has sprung from this same Facebook group called “Kol HaImahot” (a play on words between “The Voice of the Mothers” and “All the Mothers”.) The goal of this group of determined women is to harness the forces, the widsom and the instincts of mothers. Focusing first on building our ranks in the south, we aim to join forces with women throughout the country to make our voices heard.

Inspired, in part, by the group The Four Mothers back in the days of the Lebanon War, the women in this group are planning numerous activities to publicize ourselves. The group plans to leave the leaders of this country no wiggle room to allow the current status quo of daily explosive balloon and drone attacks, as well as the all-the-more-frequent rocket attacks. No child in Israel deserves to grow up fearing a balloon. And, as Boker rightly explained: even though our government doesn’t see this period as being an escalation, the next round of violence is already here. We who live here, are living it. 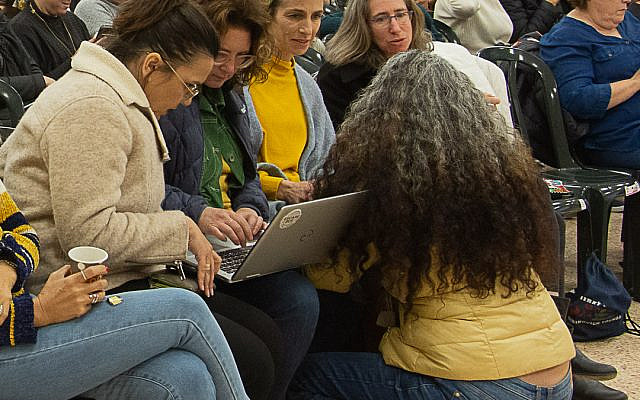 If you are a mother in the Western Negev – or in Israel, in general- and want to be involved, we invite you to fill out this form and join us here. We’ll be in touch. (The form is in Hebrew, only.) Women who are not actually mothers, are invited to join, too. We are also happy for the support of the menfolk. 😉

We are women of all types: religious and secular, from the cities, towns, kibbutzim and moshavim. Women of all ages – even those who are not yet mothers (and may never be). armed with female fortitude, stepping up to fix our world

About the Author
Born in the USA, Adele has lived in a Kibbutz on the border with the Gaza Strip since 1975. She is a mother and a grandmother living and raising her family on the usually paradisaical, sometimes hellishly volatile border. She is affiliated with "The Movement for the Future of the Western Negev", and "Achdut Im Hadarom" for sanity's sake. She also moderates a FB group named "Life on the Border". https://goo.gl/xcwZT1 Adele is a teacher of English as a Foreign Language, as well as a teacher trainer and counselor for the Israeli MoE for EFL and Digital Pedagogy. She blogs here about both Life on the Border, as well as about digital pedagogy, in "Digitally yours, @dele". She has recently become a devoted YouTuber on the topic of digital stuff. (https://goo.gl/iBVMEG) Her personal channel covers other issues close to her heart (medical clowning, Life on the Border, etc.) (https://goo.gl/uLP6D3) In addition, she is a trained medical clown and, as any southern clown would do, clowns as often as she can in the pediatric ward in the hospital in Ashkelon. She was recently included among the Haaretz "Ten Jewish Faces who made Waves in 2018" https://goo.gl/UrjCNB.
Comments