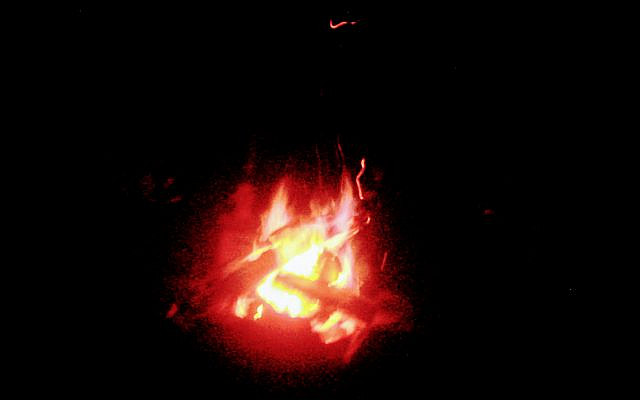 We are all reeling from the devastating deaths of 45 Jews on Lag B’Omer at Mount Meron (and many others critically injured) from a stampede during the bonfire celebration near the grave of the holy Kabbalist, Rabbi Shimon bar Yochai.

Last night, we were glued to the new as the body count kept going up. I couldn’t help thinking to myself that this is something that happens in the masses of people that gather in India or Saudi Arabia, not in the tiny State of Israel.  But lo’ and behold, tragedy can strike anywhere, anytime. Life is completely tenuous!

As we know Lag B’Omer is the 33rd day of the counting between Passover and Shavuot, the time of our freedom from slavery to the time of the giving of the Torah.  On Lag B’Omer, we know it is historically a day of great joy, when in the time of Rabbi Akiva (Rabbi Shimon bar Yochai’s teacher), there was a great plague that killed 24,000 of his students, but on Lag B’Omer the plague stopped. We learn that the plague at that time was because of Sinat Chinam (baseless hatred of one Jew towards another) and that this is why the 2nd Temple was destroyed.

One almost can’t help but relate this to our own times when the plague of Covid has devastated people around the entire globe, but at the beginning, there was an especially high death rate death per capita in both the Jewish communities in Israel and in the Northeast United States. Yet, even as more than half the population now have been vaccinated in both these areas and we are expecting the deaths to more or less cease, we have this unbelievable tragedy on Lag B’Omer, when the death and injuries continue, if not from Covid then from a horrendous stampede at a religious celebration nonetheless.

So can we draw conclusions that in those days there was baseless hate and so too in our times. I think, while we don’t know G-d’s ways, certainly from experience and observation, we do know that there is not only baseless hate, but also plenty of “hate the baseless”.  And what I mean by that is that one type of Jew thinks they are better than another whose beliefs, faith, and observance we denigrate and deem baseless, without support and they without real merit. Unfortunately, the attitudes of religious hierarchy and power status are something like this:

In the book, The Israelis by Donna Rosenthal, she quotes from Moshe Stein, age thirteen:

And of course, then there are the Jews, we don’t even consider Jewish and hence they are not deemed worthy for marriage to a more religious Jew or even to be counted for minyan.  We wonder whether they are even Jewish at all (did they come from a Jewish Mother or only from a Jewish father)?

I remember hearing a saying that “G-d looks into our hearts before he looks into our minds.” In other words, really only G-d is able to discern who we are as people and Jews (good or bad or a little or both), what our true intentions are, and how we behave (not only in front of others, but when we are alone and no other people are looking). G-d is the Judge and the King of Kings, not people. Yet we are forever driven towards a “Better than thou” attitude and lifestyle. To the religious catcalls of “get out of our neighborhood slut” or the throwing of Shabbat rocks at passing cars. This all has got to stop!

No one can say for sure what G-d’s message to us at this time of great loss and bereavement is for the Jewish people on what was supposed to be a day of celebration and joy, but we can certainly look to our past and try, try, try to learn from our mistakes. May G-d have mercy on us and turn darkness back to light!