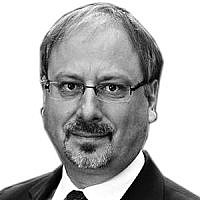 The Blogs
Arkady Rzegocki
Apply for a Blog
Please note that the posts on The Blogs are contributed by third parties. The opinions, facts and any media content in them are presented solely by the authors, and neither The Times of Israel nor its partners assume any responsibility for them. Please contact us in case of abuse. In case of abuse,
Report this post. 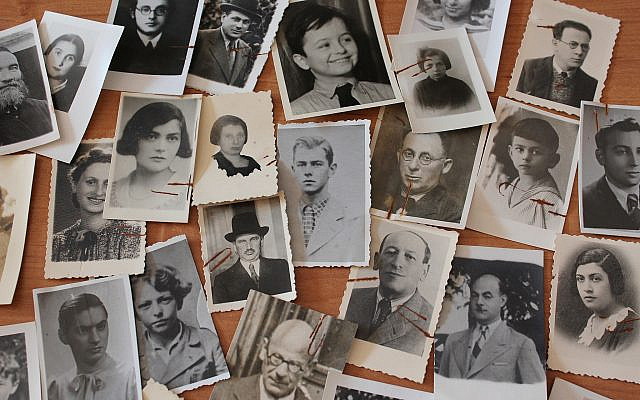 People who received Lados Group passports. Credit: The Polish Embassy to the UK

As we near Holocaust Memorial Day, we once again prepare to honour millions of innocent people who died in some of humanity’s worst-ever tragedies. It is a time to remember the horrors of the past, so that they never happen again. It is also a time to commemorate those who, risking their and their families‘ lives, helped to save many thousands from perishing.

Among the 27,712 Righteous Among the Nations, Poles constitute the most populous group, with 7,112 individuals. And there are thousands more who have yet to be recognised, but are nonetheless righteous. From diplomats to average citizens, the Polish people helped their Jewish brothers and sisters far and wide, with Poland, Switzerland, Hungary, Japan, Shanghai, Turkey and Britain being just a few of the locations.

Recently, perhaps the most prominent example of aid is that of the Bernese Group of Polish and Jewish diplomats and activists. Headed by Poland’s ambassador to Switzerland Aleksander Ładoś, whose 130th anniversary of birth we are celebrating this year, the group produced fake Latin American passports, attempting to save European Jews from being sent to concentration camps.

Ładoś worked with Jewish organisations, and managed to initiate a widespread intervention by Polish embassies, after which Paraguay and some other countries recognised the illegal documents. This effort was led by the London-based Government-in-Exile, which appealed to the Vatican. The Ładoś Group ultimately managed to forge travel documents for at least 10,000 people, with anywhere up to a few thousand surviving the war. The admirable and tireless efforts of the previous Polish ambassador to Bern, Jakub Kumoch, who discovered much of the information about Ładoś, are proof of just how much we still do not know about this extraordinary story.

Another remarkable act of rescue came from Polish delegate to Hungary Henryk Sławik – “the Polish Wallenberg” – who helped save more than 30,000 Polish refugees, including 5,000 Jews, by also providing them with counterfeit passports. Meanwhile, Polish ambassador to Japan Tadeusz Romer obtained the visas for 2,000 Jewish refugees from Poland and Lithuania and managed all of the refugee care activities after founding the Polish Committee to Aid War Victims in Tokyo. Later, he obtained recognition from some Latin American countries for the documents issued by the Bernese Group.

In Turkey, Consul General Wojciech Rychlewicz helped to save hundreds of Jews by providing them with fake documents identifying them as Catholic, which allowed them safe passage to American and Middle Eastern countries. Then, in occupied Poland, there was Żegota. This Polish Council to Aid Jews aided up to 60,000 Jews.

The Polish informational efforts were no less laudable. In December 1942, the Government-in-Exile published “The Mass Extermination of Jews in German Occupied Poland”, the first official government document informing the West about the horrors of the Holocaust. The document informed the 17 December 1942 Joint Declaration by Members of the United Nations pledging punishment of the guilty. This and other reports were made possible by men like Jan Karski and Witold Pilecki, who entered places like the Warsaw Ghetto and Auschwitz to get information.

There were thousands more Poles who helped without state assistance. Antonina and Jan Żabiński used deserted spaces in the zoological gardens they ran in Warsaw to hide Jews smuggled out of the Warsaw Ghetto. Father Marceli Godlewski, whose parish was within the ghetto, facilitated escapes. Meanwhile, the murder of the Ulma family, who were killed together with the Jews they were hiding, has become a symbol of Polish sacrifice and martyrdom during the German occupation.

As we enter the period of commemoration of genocide victims, it is also worth remembering their rescuers, both state representatives and average citizens, those famous and those unknown, some of whom suffered similar fate to those they helped. They were there when others needed them and they represent the best of humanity. Their compassion is a quality we should all show in our everyday lives.