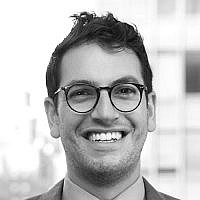 The Blogs
Harry Reis
Apply for a Blog
Please note that the posts on The Blogs are contributed by third parties. The opinions, facts and any media content in them are presented solely by the authors, and neither The Times of Israel nor its partners assume any responsibility for them. Please contact us in case of abuse. In case of abuse,
Report this post. 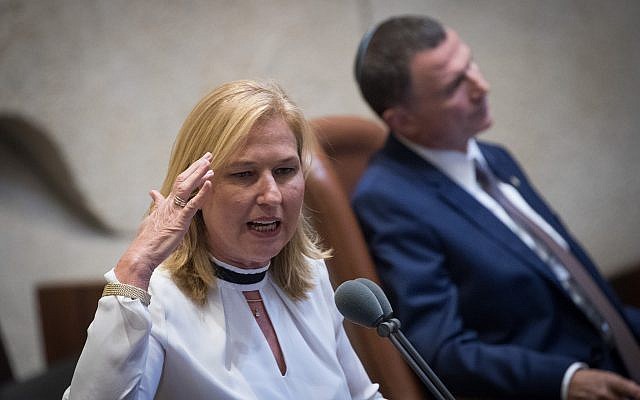 Head of the opposition Zionist Union MK Tzipi Livni speaks at the Knesset, in Jerusalem on August 8, 2018. (Yonatan Sindel/Flash90)

This week in the pages of the New York Times, Ron Lauder, heir to the Estee Lauder fortune, had some tough words for the prime minister of Israel. A former sponsor and ally of Bibi Netanyahu, Lauder’s op-ed raised eyebrows.

Mr. Lauder is rightly worried about the drift of Israel’s current government towards illiberalism. The past few weeks have been a parade of alienating moves: a new basic law designed to marginalize Israel’s minorities, a measure to prevent LGBT couples from accessing surrogacy, and the detention of prominent critics of Israeli policies at the border.  Lauder warns that when “members of Israel’s current government unintentionally undermine the covenant between Judaism and enlightenment, they crush the core of contemporary Jewish existence.” Mr. Lauder plea is for Israel’s “government to listen to the voices of protest and outrage being heard in Israel and throughout the Jewish world.”

Lauder’s joining the chorus of critics warning of the rising tide of illiberalism in Israel is welcome. But Lauder has been more than a “loving brother” of Israel, admiring at a distance. He has been an active agent of this political transformation that has taken place over the past decade.

Mr. Lauder has spent the better part of of a quarter century funding the political career of Benjamin Netanyahu. Now in 2018 he’s alert to the fact that Bibi has it out for Israeli democracy — and American Jewish critics of the occupation.

But Mr. Lauter, you break it, you bought it.

Raising the alarm on terrible trends in Israeli politics is a welcome gesture. But writing a brief missive to the the New York Times barely scratches the surface of accountability. If you mean what you say, and you are genuinely worried about the future of the state you profess to care for, reverse course. Avi Gabbai and Tzipi Livni lead the political party — the Zionist Union — that offers the most viable alternative to the disastrous course Israel is on. Massively fund the democratic opposition the way you have floated your political allies on the right. Fund Israeli civil society — defenders of Israel’s democracy — that is under constant attack from the populist demagogues you helped place in power. Put your billions where your mouth is. Otherwise your fine words ring hollow.

About the Author
Harry Reis is the former special assistant to the CEO of the Anti-Defamation League, Jonathan Greenblatt and former research associate of Amb. Dennis Ross. He was recently awarded a Dorot Fellowship in Israel.
Related Topics
Related Posts
Comments