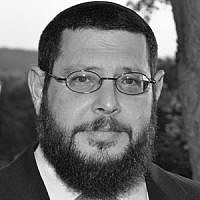 The Blogs
Yedidya Atlas
Apply for a Blog
Advertisement
Please note that the posts on The Blogs are contributed by third parties. The opinions, facts and any media content in them are presented solely by the authors, and neither The Times of Israel nor its partners assume any responsibility for them. Please contact us in case of abuse. In case of abuse,
Report this post.

In the US there is strident public disagreement between those who support President Obama’s “Iran Deal” as a “good agreement” or at least the “best deal one can achieve given the alternative” (i.e.: “No deal”), and those who perceive it as a “Bad Deal” to the extent that “No deal is better than a Bad Deal.” Particularly in view of the US Senate vote yesterday, to better understand which side is more accurate in its analysis of the situation, let us remove emotions and party affiliations/loyalties from the discussion and examine the bare facts:

What does Iran get from the agreement?

The agreement allows Iran to ultimately possess a nuclear weapons arsenal and become a regional hegemonic power without changing its rogue policies of “exporting the revolution” (read: massive state support of international terrorism, destabilizing regimes, etc.) or development of advanced intercontinental ballistic missiles that are capable of carrying a nuclear warhead not only to all of Europe but even to American shores – all this besides holding US and other Western hostages with impunity.

The agreement, as noted by a recent report by the Jerusalem Center of Public Affairs, legally and safely provides Iran with “the capability to shorten the time required to produce such an arsenal within the next 10-15 years (including the production of fissile material, weaponization, acquiring delivery systems, and improved military capabilities to protect the military nuclear program), so that it would be practically impossible to stop it.”

And this assumes Iran will abide by the agreement and wait. Given Iran’s past record of concealing its nuclear activities, its blatant declarations of hostility towards the US and Israel even before a Congressional vote, and its regime’s openly fanatical Islamic (Shi’ite) aspirations, the situation is far worse.

Even President Obama, speaking before the Conference of Presidents of Major Jewish Organizations and leaders of the Jewish Federations who congregated recently at the White House, openly declared “…I keep on emphasizing we don’t trust Iran.  Iran is antagonistic to the United States.  It is anti-Semitic.  It has denied the Holocaust.  It has called for the destruction of Israel.  It is an unsavory regime.”

Therefore Mr. Obama declared: “We create[d] a verification and inspection mechanism across the entire nuclear production chain within Iran that is unprecedented — more rigorous than anything that has ever been negotiated in the history of nuclear nonproliferation.”

Except in reality neither Americans nor Canadian inspectors are allowed into Iran; any area of Iran that the Iranian regime designates “military” cannot be inspected (e.g.: the Iranian veto on any foreign inspections at Parchin military base, where Iran has been developing nuclear weapons); Iran can object to any inspection and delay it at least 24 days, and, according to the Wall Street Journal, up to 3 months. And last but not least, there are two secret side deals to the agreement between Iran and the UN’s International Atomic Energy Agency (IAEA) that the Obama administration and its own negotiators are not privy to, which Secretary of State Kerry admitted as much to Congress during the recent hearings.

So Mr. Obama cannot even explain what he means when he declares: “a verification and inspection mechanism……. that is unprecedented — more rigorous than anything that has ever been negotiated in the history of nuclear nonproliferation” because even he has no idea what the verification deal is. So the so-called “anytime, anywhere” inspections he repeatedly promised during negotiations do not exist.

Another one of Mr. Obama’s whoppers is his claim that ““One of those commitments was that Iran would not get a nuclear weapon…. This deal blocks every way — every pathway that Iran might take in order to obtain a nuclear weapon.” This isn’t true even if Iran can be trusted to keep its word, since immediately following the life of the agreement (10-15 years at best), Iran can complete its nuclear bomb in a matter of months – including warheads for the Iranian intercontinental ballistic missiles that President Obama and Secretary Kerry agreed that Iran can finish developing outside of the agreement.

As part of the full-press aggressive selling of “the Deal” to a justifiably skeptical Congress and increasingly concerned American public (latest Pew poll in September among those who are aware of the “Iran Deal” shows 57% disapprove of the “Iran Deal” while only 27% approve), one of the great falsehoods is the so-called “snap-back sanctions.” This is to justify the wholesale release of more than $100 billion of sanctions that took a decade to put together – the very economic sanctions that forced the Iranians to the negotiating table. But the Iranians, who entered negotiations initiated by the Obama administration already during the time of Iranian President Ahmadinejad behind the backs of America’s allies (Israel, Saudi Arabia, et al) in the Middle East understood the Americans have no red lines that cannot be crossed.

Thus, the agreement excludes everything but nuclear weapons development, and that is wholly dependent on an untrustworthy Iran suddenly, and, for the first time, keeping its word. And if it doesn’t, Mr. Obama lamely claims he can get his European partners to the agreement – including Russia – to agree to reinstate (“snap-back”) the sanctions even though they are all lining up to do business with the Iranian market.

As Law Professor and author Alan Dershowitz, a man who identifies himself as a liberal Democrat who voted for Mr. Obama twice, pointed out in a recent column: “we (America) took off the table the option of rejecting the deal by publicly acknowledging that if we do so, we will be worse off than if we accept even a questionable deal. Yes, the president said he would not accept a “bad” deal, but by repeatedly watering down the definition of a bad deal, and by repeatedly stating that the alternative to a deal would be disastrous, he led the Iranians to conclude we needed the deal more than they did.”

“But the real losers were those countries — our allies — who were not even allowed to participate in the negotiations,” Prof. Dershowitz notes. “Virtually every Middle Eastern leader, with the exception of Syria’s Assad, opposes this deal. Nor do they feel bound by it, since they did not have a vote. The deal was imposed on them, in much the same way the Chamberlain-Hitler deal was imposed on Czechoslovakia in 1938. The difference is that Czechoslovakia did not have the means to defend itself, whereas Israel and some of its Sunni neighbors do have the capacity to try to prevent Iran from developing a nuclear arsenal — which the mullahs would use to increase their hegemony over the area and to threaten Israel’s security through its surrogates, Hezbollah and Hamas.”

Hence, as US radio host and commentator Dennis Prager recently concluded: “the more one knows about the Iran Deal, the more obvious it becomes that it is not a deal so much as it is a fraud. According to the Merriam-Webster dictionary, the definition of a fraud is “something that is meant to look like the real thing in order to trick people.” Sadly, the price for this fraudulent deal – which didn’t have to end this way – will be paid by America’s closest allies and the even the American people themselves.