The Blogs
Kenneth Cohen
Apply for a Blog
Please note that the posts on The Blogs are contributed by third parties. The opinions, facts and any media content in them are presented solely by the authors, and neither The Times of Israel nor its partners assume any responsibility for them. Please contact us in case of abuse. In case of abuse,
Report this post.

When I voted for you, I hoped you would be the first American president to make it clear that the settlements are not an obstacle to peace. I then watched a clip where you understood that a two state solution was not viable because of all of the hate and incitement in the Arab world. Children from the age of two are already being brainwashed to see Israel and the Jewish people in the worst way.

I would add to this that it is against the Islamic religion to recognize a Jewish entity of ANY size. They believe that the entire region is meant to be pan-Arabic. To accept a State of Israel, would be an admission of the falsehood of the religion. This is a bigger problem than even the hate and incitement that makes a solution that much more difficult.

You are about to become the most powerful man on earth. When it comes to the Middle East, every president has tried to build his legacy  by forcing an unrealistic settlement on the parties in conflict. I would like to suggest that you build your legacy in a way that wasn’t attempted for a few thousand years.

Mr. Trump, you have developed some of the most amazing building projects in your career. Rebuilding the third Temple, would be your most ambitious project by far. The Temple was a place that actually brought peace to the world. The Rabbis of the Talmud have stated that had the nations of the world known how much they benefited from the Temple, they would never have destroyed it.

There is an interesting precedent to this proposal. In Scriptures in the Book of Nehemiah, we learn that King Darius was approached by Nehemiah, his butler, with the request that the walls of Jerusalem be fortified so that he and Ezra would succeed in rebuilding the second Temple.

There are opinions that say that Darius was the son of Esther and Achashveirosh, the King of Persia. You might remember that the good king also liked women by trying to show off his wife’s beauty and then making a beauty pageant to choose the new king. The Talmud adds that at the feast of Achashveirosh, he got into a deep philosophical discussion as to which women are more beautiful based on where they came from. That discussion would certainly qualify as “locker room” talk.

By building the third Temple, you will help bring back morality and holiness to the world. It will cause everyone to want to get closer to G-d and elevate himself to be a more righteous and caring individual. Knowing that Temple service will be restored to the holiest place on earth, will have a ripple effect throughout the world.

I realize that we might have a little problem with the El Aksa Mosque as well as the Dome of the Rock. Our modern technology will allow us to move these buildings to Mecca without causing any damage to these ancient structures. Mecca will then become an even more popular place of prayer than it is today. If you get resistance from some world leaders, Putin will have your back for sure.

As for the details as to how to do the actual construction, the Temple Institute is ready to assist you. Rumor has it, that there is even a Red Heifer waiting for service. Through your efforts, the world will change dramatically for the good.

So many people laughed at you when you decided to run for president. They are not laughing any more.I know you like challenges and you want to make your mark on the world. As crazy as all of this sounds, Mr. Trump, you just might be the one to pull this off. Oh, and by the way, an added bonus for getting the job done, will be the coming of the Messiah.

About the Author
Rabbi Cohen has been a Torah instructor at Machon Meir, Jerusalem, for nearly twenty years. He has been teaching a Talmud class in the Shtieblach, Old Katamon, Jerusalem, for the past twelve years. Before coming to Israel, he was the founding rabbi of Young Israel of Century City, Los Angeles.
Comments 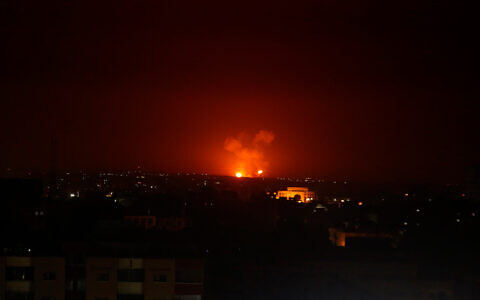 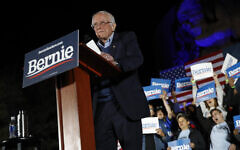 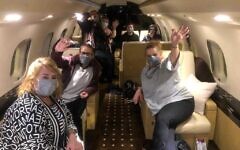 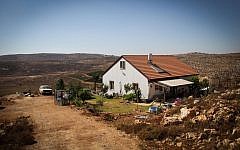 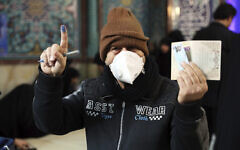 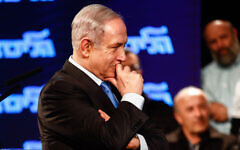 Week to election, Likud pulls ahead of Blue and White for first time in polls
TOI staff