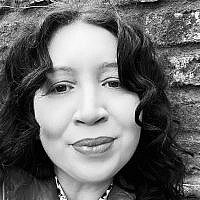 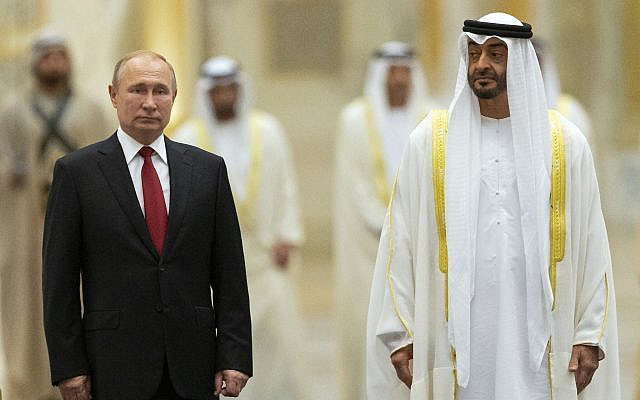 There has been a mostly muted response to the war in Ukraine across much of Asia, Africa, and the Middle East; and there’s a lot going on in the silence.

Fifty-two nations either abstained or simply didn’t vote in the UN resolution condemning the Russian invasion of Ukraine, and their silence should be best interpreted, not as condoning of the invasion, nor as hostility to the West, but as ambivalence about the emerging new international order implied by the vote.

In the Arab world, it is safe to say that the collective outrage in the West over the invasion of a weaker country by a stronger country is seen as conspicuously inconsistent. The US traveled 6,000 miles to invade Iraq over a non-existent threat, after all, while Russia has invaded a neighboring country that is well-stocked with weapons, and was seeking to join what they perceive to be as a hostile military alliance. The irony is not lost on the Arab public.

Furthermore, the impact of economic sanctions against Russia is expected to reverberate across the developing world in predictably devastating ways, but American President Joe Biden has indicated that his main concern is only to ensure that Americans will be cushioned from the negative consequences – primarily at the gas pump. Roughly 30% of the global wheat supply may vanish from the market, causing prices for essential food items to surge to dangerously high levels. The last time bread prices rose this much, the Arab Spring broke out. Russia and Ukraine together are largely responsible for feeding the Middle East, so no one in the region is eager to beat the drums of war, because any prolongation of the conflict will undoubtedly lead to catastrophic food insecurity, instability, and civil unrest. This would be unwelcome at any time, but following on the heels of a two-year pandemic, no one is ready to embrace this tsunami of economic consequences for the sake of Ukraine’s aspirations to join Nato.

Over the past decade, Russia has become an important trading and investment partner for both Africa and Asia in areas such as security, defense, resource extraction, and energy. The West’s zeal to punish and isolate Russia will residually punish countries in the Global South who are altogether unconvinced, as mentioned, by the moral imperative of Ukraine’s independent sovereignty.

OPEC nations, particularly in the Gulf, are being asked to ramp up oil production and exports to Europe to help wean the continent from dependence on Russian energy, and to lower the skyrocketing price of oil; but they see America taking no such similar steps. They wonder, no doubt, why they should be expected to do more than those leading the drive for sanctions, and why they should be required to subsidize Europe’s campaign against Russia.

The UAE and Saudi Arabia, ostensibly two of America’s staunchest allies in the Gulf, have been notably defiant with regards to Russian sanctions, and Washington’s calls for energy cooperation. Both countries have refused to take calls from the US president throughout the crisis, but appear to have been in regular communication with Moscow. The UAE specifically has backed up its defiance by showing how much power they wield over the global oil market. On Wednesday last week, oil prices dropped 13% when an Emirati official expressed the country’s willingness to increase output but almost immediately rebounded when the UAE energy minister scuttled the idea by reiterating their commitment to a pre-existing OPEC agreement on output quotas.

The UAE clearly feels empowered. I have been warning for years that Western deference to the Emiratis has been gradually creating a dangerously ambitious regional rival dressed as an ally. The UAE has pushed the boundaries of American tolerance time and again, and they have learned that they will never be called to account. Both Dubai and Abu Dhabi have been building their relationships with Russia and China over the past decade while enjoying American security protections, and they believe they have become too big to accept Western demands.

It is no secret that Saudi Arabia and the Emirates object to US negotiations with Iran and have sought Russian political support in their war against Iranian-backed Houthi rebels in Yemen. When both countries suffered drone attacks by the Houthis, and wanted the group designated as a terrorist organization, Russia complied but the US demurred; with Biden not even calling Abu Dhabi until 3 weeks after the UAE was targeted. Mohammed bin Zayed, the de facto ruler of the United Arab Emirates sees his country as not only a regional power, but a global player; he has been pursuing strategic partnerships, including with Israel and most recently seeking to rehabilitate ties with Turkey. He undoubtedly sees his country’s cooperation with Russia as a key element in his plans for expanded influence. Gulf defiance should not come as a surprise to anyone.

There is an unmistakable sentiment emerging across Asia, Africa, and the Arab world that Europe is throwing itself into a disaster over Ukraine and that the international order itself is crumbling. While Western nations are rushing headlong into the crisis, countries in the Middle East, the Asia-Pacific rim, and Africa are busy calculating the ramifications for their own peoples and trying to anticipate what a de-globalized future holds.

While Western unity over the Ukraine issue appears to be a show of strength, the wider world sees profound self-sabotage that may well lead to continental chaos in the coming years, and which signifies American withdrawal from the post-WWII global order. Many see Russian sanctions, and their inevitable destructive impact on Europe, as part of the long-discussed American pivot to Asia, so everyone is trying to compute what this new global dynamic will look like, and how to define their roles in it.

There is talk of resurrecting the Non-Aligned Movement of the Cold War period floating in the ether across the developing world, with countries from the Gulf to the Far East predicting that they will have to fend for themselves and carve out new economic and political alliances in the absence of Western hegemony. The war in Ukraine looks like a watershed moment to many in the Global South, and they feel more than ever that they have to choose their friends carefully. They’re not wrong.

About the Author
Radha Stirling founded Detained in Dubai and Due Process International in 2008 and has since helped and advised more than 15,000 foreign nationals facing trouble in the UAE. Stirling is an expert witness, civil and criminal justice specialist, legislative, investment risk, business and policy advisor to the public and private sectors, speaker and host of the Gulf in Justice Podcast, covering regional issues in depth.
Comments