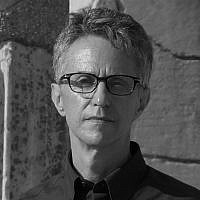 The Blogs
Mitchell James Kaplan
Apply for a Blog
Advertisement
Please note that the posts on The Blogs are contributed by third parties. The opinions, facts and any media content in them are presented solely by the authors, and neither The Times of Israel nor its partners assume any responsibility for them. Please contact us in case of abuse. In case of abuse,
Report this post. 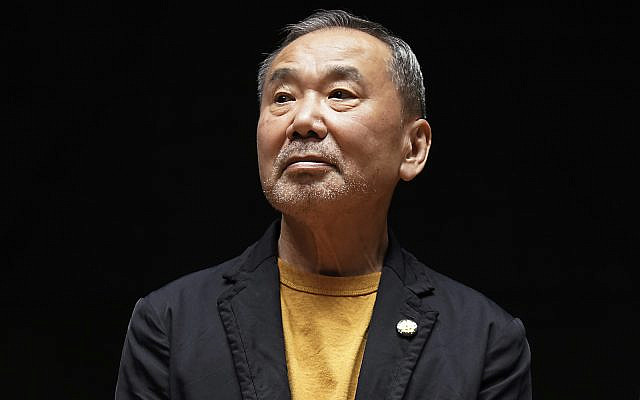 Let me say from the outset: I do not believe Haruki Murakami is an antisemite.

Further, in my view he is a genius. I have devoured almost all his novels, some more than once. He is endlessly inventive in his blendings of genre fiction cliches and sophisticated philosophizing, of popular and “high” cultural references and literary devices, throwing in plenty of irony and even silliness to boot as if to say, I’m doing my best here to entertain you and to speculate on the mysterious regions of the human condition, but please don’t take any of it too seriously. The meta-irony being, his best is far better than almost anyone else’s.

Until very recently, though, I had not read Hard-Boiled Wonderland and the End of the World. I don’t know why; somehow I missed it. Under the influence of who-knows-what muse or demon, the man churns them out faster than I can read.

As always, I was enjoying Hard-Boiled Wonderland immensely, listening to the audiobook while driving through Brazil, until one throwaway line popped out of nowhere and lodged itself in my throat – or should I say, my ears.

“Now for a good twelve-hour sleep, I told myself. Twelve solid hours. Let birds sing, let people go to work. Somewhere out there, a volcano might blow, Israeli commandos might decimate a Palestinian village. I couldn’t stop it. I was going to sleep.”

This geopolitical commentary has nothing to do with anything else in the novel, which takes place in a fantasy world; or rather, two fantasy worlds. There are other references to the real world, such as the names of subway stations in Tokyo, but none of them is political in nature as far as I can tell.

It probably goes without saying that I am sensitive to this issue, that it is a “trigger” for me. But I hasten to add: the issue in question is not the Israeli-Palestinian conflict. The issue is media distortion of that conflict. Lacking context, Murakami’s statement implies that Israeli “commandos” decimate Palestinian villages without provocation, perhaps for the pleasure of killing or displacing people. This way of depicting the problem is so one-sided, not to say false, that it sets off the antisemitism alarm in my limbic system. Or call it the anti-Zionism alarm if you like. In any case, it makes me feel like a victim of injustice and prejudice. And of course, the fact that in this case, the victimizer is one of my heroes makes me even more uncomfortable. I don’t want to think of my heroes as deeply flawed, but of course they are.

I think of a comment by another deeply flawed hero, John Lennon, at one of the Beatles’ famous press conferences in the early nineteen sixties, when their wit and charm conquered the world just as effectively as their music. Some intrepid or should I say idiotic newspaperman threw out the question, “In your view, are there too many Jews in controlling positions in the music industry?” The other three Beatles looked dumbfounded for a moment, then John brought his mouth to the microphone. “No comment,” was all he said.

That was the perfect answer, in my view, and it was consistent with the Beatles’ approach to everything “triggering,” prejudicial, or geopolitical, at that time. They did not see it as their role, as artists, to engage in debates that pitted identity groups against each other. It could very well be that Lennon did think there were too many Jews in the music business. Or maybe he didn’t. In any case he was astute enough to realize that his opinion, if he had one, was just that – his opinion, nothing more. (For context, I might mention that both the Beatles’ manager and their publisher were Jewish, and that Lennon was personally involved in the decision to hire them.)

I am not going to repeat the arguments in defense of Israel’s approach to self-defense, or blame the Palestinians, or claim anyone is faultless. Those who are interested will easily find a hyperabundance of propaganda on all sides of that issue. Nor do I intend to cast aspersions on Murakami, whom I continue to admire as a novelist. I cannot reasonably expect him to be deeply informed on every issue, especially since he does not generally write about geopolitics (although there are some harrowing passages that deal with the behavior of a Japanese officer during World War II in The Wind-Up Bird Chronicle).

Geniuses can and do make mistakes. Wagner was a genius; we all know how his poisonous ideas about the Jews affected certain subsequent minds in Germany. None of that detracts from his music, for me. Nor does Murakami’s ignorance about Israel-Palestine detract from his narrative prowess and literary inventiveness.

What upsets me is the ease with which he can throw this line in and the fact that it apparently creates no controversy. The distorted anti-Israel narrative is now so deeply embedded in the cultural dialogue of the world’s intelligentsia (i.e., in the minds of the people who read Murakami) that when he looks for something to say that will seem biting and pertinent, and which will require no support, this is what he hits upon. Not the condition of the Yazidis or the Uyghurs or any of the myriad other suppressed peoples of the world.

This seems unfair. And it seems like a symptom of a phenomenon that the world, or at least the Western world, has been familiar with for a long, long time: the Jews’ continuing embrace of victimhood-as-identity; their willingness to accept endless blame, merited or not; their reluctance to fight it.

That’s why I use the terms “antisemitism” and “anti-Zionism” interchangeably. This phenomenon is far older than Israel, although it is currently taking a form that focuses on Israel.

I’ll keep reading and admiring Murakami. His little aside is a symptom of the cultural milieu in which he dwells. I don’t blame him, just as I don’t blame most Germans for Nazism, or most Chinese for the condition of the Uyghurs. Evil, as Hannah Arendt pointed out, is indeed banal.

About the Author
A graduate of Yale, Mitchell James Kaplan is the multiple award-winning author of three novels, By Fire, By Water (Other Press, 2010); Into the Unbounded Night (Regal House, 2020); and Rhapsody (Gallery / Simon and Schuster, 2021).
Related Topics
Related Posts
Comments