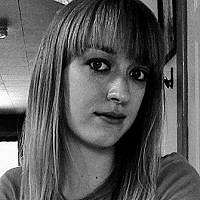 The Blogs
Megan Dyer
Apply for a Blog
Advertisement
Please note that the posts on The Blogs are contributed by third parties. The opinions, facts and any media content in them are presented solely by the authors, and neither The Times of Israel nor its partners assume any responsibility for them. Please contact us in case of abuse. In case of abuse,
Report this post.

Last week, Animals rocker, Eric Burdon, decided to cancel his performance in Israel this summer, due to a barrage of threatening emails that have been nasty enough to make him feel that it would be unsafe for him to give his Israeli fans the time of day. So much for edgy rock and rollers who do what they want, especially for the sake of music, critics and naysayers be damned. Alicia Keys on the other hand (who I think it’s safe to say, is neither a rock and roller nor particularly edgy), played to an appreciative sold-out audience in Tel Aviv earlier this summer, despite persistent pressure to cancel on her fans. Her reason? Keys told New York Times, “Music is a universal language that is meant to unify audiences in peace and love, and that is the spirit of our show.” Seems rather straight forward and sensible really, even gutsy, especially given the bullying, threatening, and bigoted approach that supposedly liberal and peace conscious anti-Israel activists and their celebrity sponsors espouse. So much for freedom to be a music fan who happens to be live in a country with politics you don’t agree with, and so much for freedom of expression, too.

Just a few days before Burdon announced his plans to cancel his Israel performance, Roger Waters pulled his own anti-Israel (and antisemitic) stunt at a show in Belgium by releasing a giant pig balloon above the audience, sporting its very own Star of David. I’ve tried to differentiate Waters’ politics from the Pink Floyd music I once freely enjoyed, but it gets harder each time I read about the man’s prejudices. But to be honest, it’s hard to have respect for a musician who would boycott other musicians because of the country they hail from, such as he did last fall when he supported efforts to boycott the Israel Philharmonic Orchestra’s performance at Carnegie Hall in New York. Perhaps Waters should sit down and listen to the wisdom of Alicia Keys about what music is all about, an artist 37 years his junior, and already wiser and more thoughtful by leaps and bounds.

It’s been said before, but it bears repeating in the face of this new anti-Israel (and let’s face it, anti-Israeli citizens) victory in the world of pop culture: since when is it considered progressive and liberal to just boycott people we disagree with, or boycott a people because of the country they come from? Since when is it considered intellectually viable to threaten and coerce people into joining your own personal political crusade? Why isn’t there the same pressure on artists to boycott countries with serious human rights issues, such as China or Russia? Why does Israel’s Palestinian counterpart apparently bear no responsibility in the conflict, despite years of terror attacks, blatant antisemitic propaganda, and consistent rejection of Israeli attempts to negotiate a viable peace treaty? What makes Israel so particularly vile and untouchable, that Eric Burdon is too afraid to play for his Israeli fans, and Roger Waters hates it and its people so much, that he will display a giant pig balloon emblazoned with the Star of David at his shows, along with a Shell oil sign, a silhouette of a man giving the Nazi salute, and the statement, ‘Everything will be okay, just keep consuming,’ and ‘What’s wrong with people?’” What’s wrong with people like Roger Waters, is what I would like to know.

Attempting to boycott anything and everything that has to do with Israel, including performing artists who have the gall to see their Israeli fan base as music lovers who deserve to be acknowledged as people who just want to go see their favorite artists play music for an evening out, is really beyond the pale of sanity. It’s also blatantly prejudiced, petty, silences freedom of expression, and stifles any kind of serious and respectful debate that could be had.

Perhaps it’s just easier to attempt to turn Israel into even more of the worldwide pariah than it already is. After all, sometimes you don’t even have to threaten and bully artists from paying homage to their Israeli fans by gracing them with a performance. Along with Roger Waters, Elvis Costello, Coldplay, The Pixies, and a whole host of others, some simply need to buy into the wealth of misinformation and anti-Israel propaganda to see an opportunity to get on a soapbox and preach their twisted, hypocritical views about what freedom, ethics, and progress look like. By the looks of it to an outsider, every single Israeli is responsible for each and every injustice that may have been committed in its borders, and as a result, every single Israeli is unworthy of being treated with the same dignity and respect given to people in other countries who simply want to enjoy a concert from the artists whose careers they’ve invested money, time, and energy into. Because seven million plus Israelis must all have the blood of Palestinians on their hands, right? And now Alicia Keys, Madonna, the Red Hot Chili Peppers, and other successful artists who haven’t caved to pressure, threats and plain old stupidity and cowardice must be a part of that apparently evil democracy existing in a sea of oppressive, fundamentalist societies that don’t have to answer for any real atrocities committed within their own borders, because it’s always someone else’s fault that terrorists, are, well, terrorists. And never mind violence and political oppression in the Palestinian territories committed against Israeli civilians, or even other Palestinians. We could have a discussion about why that is, but with all this wanton boycotting, that isn’t really going to happen, is it? Music could be a universal language, as it has long been thought to be, but if you are considered unworthy to participate in that discussion in the eyes of the music makers because of your nationality, then really, what is left for us to talk about?

About the Author
Megan is an American student at the Pardes Institute of Jewish Studies in Jerusalem where she studies traditional and modern Jewish texts, and works to apply them to her own newly Jewish life; She earned a BA in English with a minor in Judaic Studies in 2010 from Portland State University, is an aspiring writer, as well as an aspiring Israeli.
Comments