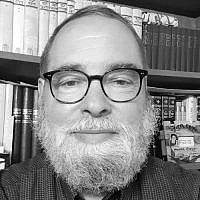 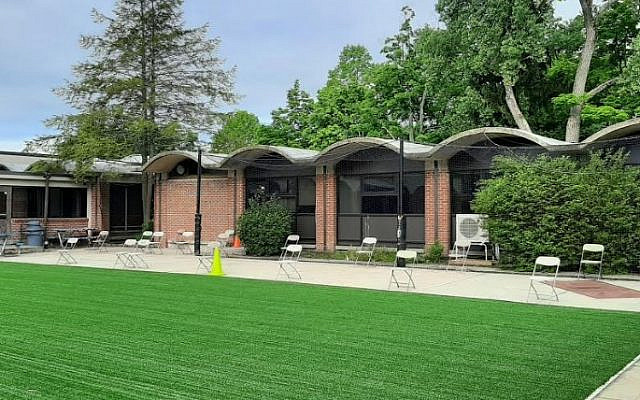 About a week ago, our synagogue in Brookline re-opened. We are now praying with a minyan for the first time in 11 weeks. During those nearly three months, we celebrated Pesach, the entire Omer period and its holidays, a Tikkun Leyl Shavuot (via Zoom) and the Shavuot yom tov, and 12 shabbatot at home.

One day after the first shabbat of synagogue closing, my father died. The next day, we gathered in the parking lot of a local funeral home for a physically-distanced memorial service and prayed together with a minyan for Mincha, a singular opportunity for my brother from Baltimore and me to recite Kaddish.

Over the next 75 days or so, we did not recite another Kaddish. Each morning I davened at home, taking my time with the recitation of the prayer, yet unable to recite Kaddish. I made sure to augment each morning’s prayer by learning a bit of morning/mourning Torah each day but was unable to highlight this learning with a Kaddish.

While the shiva period was strange enough in that we could have no visitors and no minyanim (services) in our home and, therefore, no Kaddish, this new period nearly three months later, has taken on a no-less-strange hue. New feelings of being an avel (mourner) are surfacing as I recite the Kaddish as our synagogue’s shaliach tzibbur every morning and evening. There is a freshness to the avelut, the mourning, a resurgence of the sadness of the loss, a resharpening of the image of my father before me that now pervades my davening and, frankly, a lot of my day.

I have entered a new kind of mourning each morning.

This new mourning is embedded with deep feelings of bereavement that began the night he died. This new mourning seems like a mirror in the shower that was misted over and then slowly cleared as the humidity dissipated and I can now see myself and my situation more clearly.

An avel without Kaddish is like an anchor without a hook. The boat slides and drags without finding its footing in the ocean bottom. An avel without Kaddish looks at the world that keeps moving forward and asks oneself — how has my davening changed considering this loss, of this deepest of changes in my life. An avel without Kaddish can make attempts to address the feelings of emptiness by learning Mishnah, by reciting Tehillim, by talking about his feelings, by traversing the stages of bereavement, by letting time begin to heal the wounds.

But, each morning, as I recite Kaddish, my mourning now is different. Davening at home, without the benefit of Chazarat HaShatz, the repetition of the silent Amidah prayer, the paragraph of “Es tzemach dovid” was meaningful; now, framed by Kaddish beforehand and with more Kaddish recitations at the end of the prayers, this paragraph alone now reminds me three times of my father whose first name was “Tzemach.” But it reminds me in a different way than before. Tzemach means to flower or sprout — my avelut has suddenly re-sprouted with new shoots and in new directions.

It feels disjointed to be experiencing a deepening of my avelut so long after my initial 75 days or so were lived. Avelut is so powerful in the days of shiva but, in my case, although there was awesome sadness, the loneliness was so much harder to manage in the absence of community and friends. Avelut continued to be strong as we marked the chronological shloshim and celebrated my father’s life with a siyum Mishnayos, finishing Torah study in his memory. But once again, there was something missing, not only because the siyum was observed over Internet video streaming, but it also ended with a paragraph of Tehillim and not the Kaddish d’Rabbanan.

I am left asking myself: Is it the words of the Kaddish that affect me so? There is no mention of death or loss or sadness or loneliness in the prayer, or is it something else? Does the Kaddish serve to center me within my avelut in a special way — does it place me in a different “place”?

My father took me (and my two brothers) to shul with him from the time I was a little boy. Over my lifetime, I have listened to the recitation of Kaddish thousands of times in cities and shuls far and wide. I have watched people tear up as they recite the Kaddish on the Yahrzeit of a parent or spouse. I have watched people start a cycle of Kaddish for a loved one and still been there with them in shul when, 11 months later, they complete their obligation.

And I knew deep inside that sometime in my life, I would also say Kaddish one day. And yet, 24 hours after my own father’s death, I was davening at home and would continue so with my wife for the next nearly three months.

Was I prepared for the daily recitation of Kaddish for a loved one? I had served as a shaliach tzibur for over 50 years and had never recited the Kaddish for an avel. I certainly knew the words. But I did not know for sure how those words would affect me within the context of loss, loneliness, and grief. But that was not to be for me. After a lifetime of attending shul, at my moment of need, the shul could not be there.

So now we return each morning and I resume my mourning. I am not sure I was prepared for how smoothly I could segue into reciting Kaddish for a parent from the perspective of the recitation of the words. It is the Kaddish within the framework of an arrested avelut that is now my challenge. My avelut has resurged into my life and psyche in a new way. The loss is somehow amplified as I hear my voice echo off the walls of the building that surrounds our outside shul space. I can be resolute about the recitation and simultaneously find it difficult to navigate my feelings.

Hearing my chevra at the minyan recite “Ye-hay shmay rabah” reminds me that avelut with the support of community is not only quantitatively different but so much more qualitatively enhanced. They may be unaware of how the recitation of Kaddish is affecting me (it is also made harder since a mask covers most of my face) — they have been answering the “Amen” to other’s Kaddish recitations for years. For me though, the process of mourning grows each of these mornings (and evenings). I continue to move forward in a more powerful and meaningful way with the help of my community and the Kaddish.

To the memory of my father, Tzemach ben Yosef, hk”m

About the Author
Jesse, a Ph.D. chemist/materials scientist, originally from Elizabeth, NJ, recently completed a 35-year career as a technologist at Verizon Communications where he retired as an Associate Fellow. He lives in Brookline, MA , where he attends the Maimonides Kehillah, built and manages the Boston Eruv, teaches a weekly Daf Yomi shiur, serves as the High Holiday Baal Tefilah at Congregation Kadimah Toras-Moshe, and is actively working to complete Semicha through Yeshiva Pirchei Shoshanim. He and his wife, Brenda, are parents to three and grandparents to eleven.
Related Topics
Related Posts
Comments