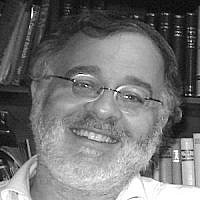 I had the most extraordinary experience, which should not have surprised me at all. Last week I delivered a shiur (lecture) to a Chasidish crowd in Boro Park. I taught a piece from the Mei HaShiloach (the homilies of R. Mordechai Yosef of Ishbitz, 1801-1854) on navigating the treacherous waters of innovation, inspiration and passion crashing against the rocks of religious structures and Divine revelation. I planned for a relatively short shiur and time for discussion afterwards, expecting to be done by 11 PM. At 1:30 AM, I had to leave.

The discussion ranged from kabbalah, chassidut, homosexuality, Buddhism, Hinduism, Christianity, woman getting smicha and the maladies of “Orthodoxy” and the Jewish world. 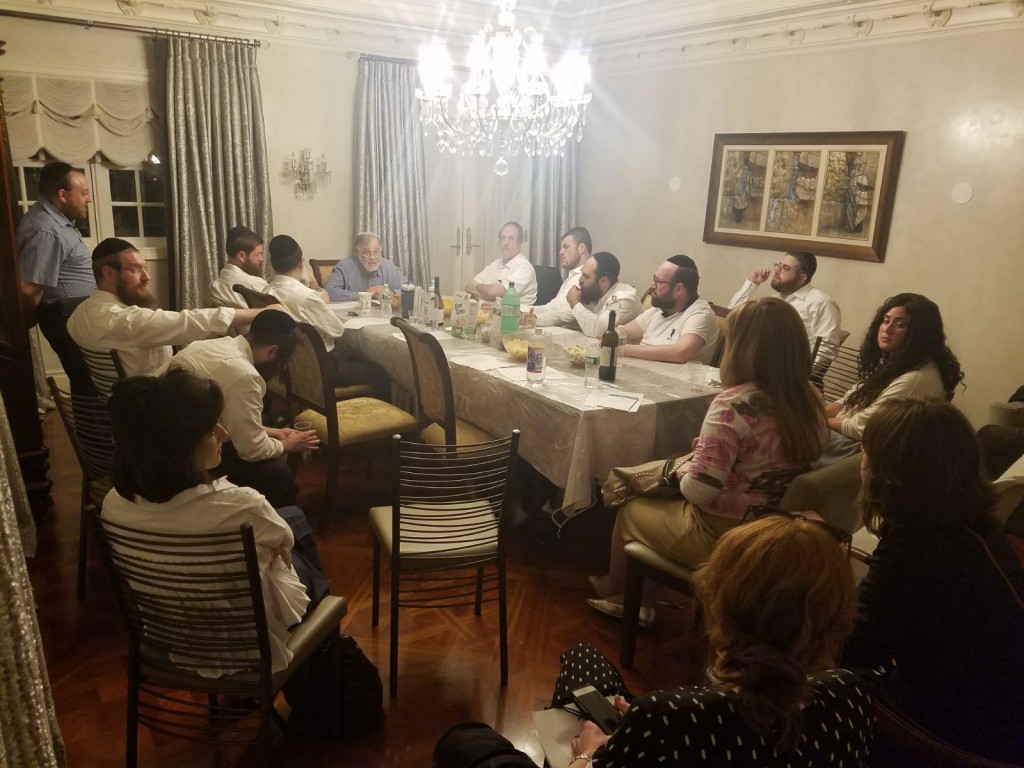 Some memorable (and unbelievable) quotes.

“Jesus was the ‘Nazarener Rebbe’.”

“Rabbi Steve Greenberg – he has courage!”

“What’s happening with Rabbi Dweck in England is terrible.”

“Schliermacher (18th Century Protestant theologian)– he was a gadol.”

Someone asks me about Unio Mystica and I mention the dispute between Scholem and Idel on the topic. One fellow says, “Yeah, Idel is usually right in his machlokesim [disputes] with Scholem.”

“I don’t have a problem with women getting smicha, it’s nisht a Haluche.” [Not contrary to the Halacha]. (After I finished my shiur, this fellow opened up his wallet and gave me a hundred dollars, saying, “This is for your cause.”)

As I am talking about women getting smicha, the women in the crowd (did I mention that there were women there?) are nodding their heads while eyeing their husbands in an “of course” sort of way. (Their daughters, by the way, do not attend Beis Yaakov, that’s not frum enough – they are chassidish.) 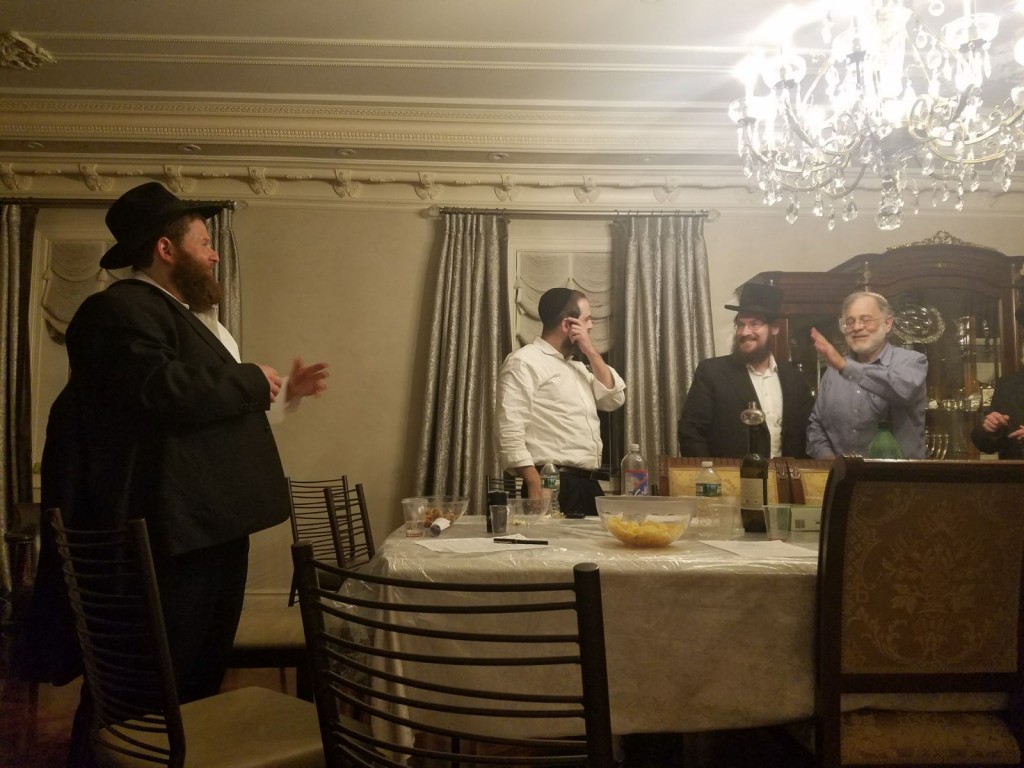 One fellow, the only Chabadnik in the crowd, asserts that we can think freely — whatever we want — about theology, but we can’t change anything. (His wife was especially looking at him when we were talking about smicha for women…). I disagree. I say that we need to bring it down, translate our thoughts into actions. He says, “What do you expect from me? I am Chabad.”

[Explanation – Chabad as many know is an abbreviation of the three higher sefirot, Chochma, Bina and Da’at. What this means is that Chabad Chassidut emphasizes the intellectual, internal reality as the place of Avodat Hashem (Divine service). The world of theoretical thought is most important.]

I say that he should “wear his gartel around his neck because he is mafrid between kudsha brich hu and shchintei” (creates a barrier between God and His Shchinah. This is really bad if you are a chasid). Laughter. Then I realize what our machloikes (dispute) is about. He is Chabad and I am Polish! I scream at him, “ChaGaT, ChaGaT!”

[Explanation – ChaGaT stands for the lower sefirot associated with emotions and action, Chessed, Gevurah and Tiferet. This is the fundamental dispute between Chabad and Polish Chasidut. (See a great short essay about this by my friend, Rabbi Naftali Brawer.)]

Finally, the issue of Jewish continuity and survival comes up. My Chabadnik says that those who change don’t survive. I say that survival is of course essential but is not the only criteria for determining how to proceed. Fear cannot be our orienting experience and we must insure that what we want to conserve is worthy of saving. I remind him that Moshe smashed the luchos (tablets of the Law) which teaches us that the point is not survival of specific religious structures per se but true Avodas Hashem. He admits that I have a point. I decide to quit while I am ahead and say it’s 1:30 AM and I have to go.

This is my takeaway from my Boro Park experience. When people who are firmly rooted in Torah and yirat shamayim (fear of Heaven) meet, they can talk to each other, enjoy each other, without fear. My new friends from Boro Park dress differently than me, we send our children to different types of schools – BUT we care, more importantly- we know that we care, about the same things. Differences in religious sociology disappear in the face of our common love of Torah, the Jewish People and Humanity.

About the Author
Rabbi Herzl Hefter is the founder and Rosh Beit Midrash Har’el in memory of Belda Kaufman Lindenbaum, in Jerusalem. It is a beit midrash for advanced rabbinic studies for men and women. He is a graduate of Yeshiva University where he learned under the tutelage of Rabbi Yosef Dov Soloveichik זצ”ל, and received smikha from Rabbi Aharon Lichtenstein זצ"ל at Yeshivat Har Etzion where he studied for ten years. Rabbi Hefter taught Yoreh De'ah to the Kollel fellows at the Gruss Kollel of Yeshiva University and served as the head of the Bruria Scholars Program at Midreshet Lindenbaum. He also taught at Yeshivat Mekor Chaim in Moscow and served as Rosh Kollel of the first Torah MiZion Kollel in Cleveland, Ohio. He has written numerous articles related to modernity and Hasidic thought. His divrei Torah and online shiurim can be accessed at www.har-el.org
Comments