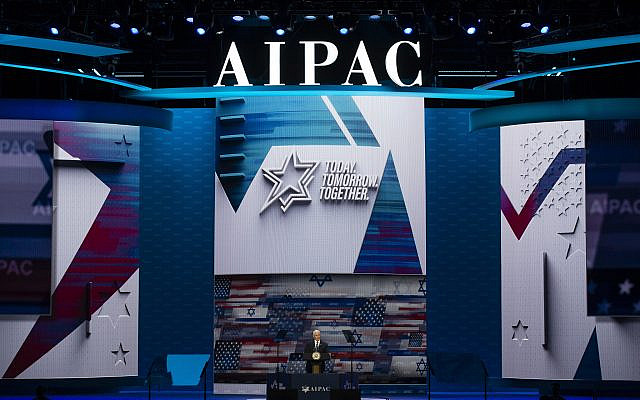 Several years ago, my daughter joined me at the American Israel Public Affairs Committee’s national policy conference in Washington DC. I’d been invited to speak, for the second time, at the 18,000-strong gathering of the venerable organization. During my first conference experience, I’d been inspired by AIPAC’s dedication to strengthening the US-Israel relationship.

My daughter had just completed six years as an intelligence officer in the Israeli army, but she was completely unaware of AIPAC’s contribution to Israel’s security. I invited her to attend because it seemed to me that as Israel and the Jewish community in the US seek a new, sustainable and open equilibrium in their interactions, Israelis should have a deeper understanding of the intensity, savvy and creativity of American support for Israel.

Her response was much as I had hoped: She was impressed. Her operational suggestion was for AIPAC to charter a few planes to fly young Israelis in to see first-hand the breadth and magnitude of the American community’s commitment to Israel’s safety and well-being: sort of a reverse Birthright.

It’s important for me to open with this recollection and expression of appreciation to establish context. As an Israeli parliamentarian who is a member of the present Israeli government coalition and a lifelong Zionist, I remain extremely grateful for the hard work, unconditional backing and enormous efforts AIPAC has made on behalf of the Jewish state for more than seventy years. I am acutely aware that without the bold interventions, smart strategies and countless individual, volunteer initiatives it’s not at all clear that Israel would have survived militarily or diplomatically. This is a most visceral appreciation – AIPAC’s assistance to Israel has been no less than existential.

But that does not mean I agree with all of AIPAC’s decisions. This week, during one of my regular, open “Town Hall” zoom conversations in English, I was asked about AIPAC’s recent decision to endorse Republican congressional candidates in the 2022 mid-term elections who refused to certify Joe Biden’s election as president.

I believe the position is ill-advised and I said so, calling it outrageous. My emphatic response produced a headline in The Times of Israel – “In rare rebuke, MK pans AIPAC endorsement of Republicans who disputed 2020 election” – and caused some turbulence. An explanation is in order.

First of all, I recognize the paramount importance of bi-partisan support for Israel and agree with the spirit of AIPAC’s position that the organization has “friends who are pro-choice and pro-life, those who are liberal on immigration and those who want to tighten our borders, and yes, those who disagree strongly on issues surrounding the 2020 presidential election.”

Where I differ is with their claim that “[t]his is no moment for the pro-Israel movement to become selective about its friends.” At a time when democracy around the world is embattled, this is very much a moment to be selective. How quickly we forget that just last winter, central democratic institutions in both the US and Israel were under a ferocious attack. It is legitimate to challenge election results, but once the courts have ruled, the democratic process must be respected.

I believe that even a bi-partisan organization needs to draw the line at politicians who would corrode the very foundations of the democratic system of government. Theirs is a friendship we don’t need.

As the only American-born-and-raised member of the Knesset, I have made it a priority to reach out and engage progressive, Jewish Americans, the tribe in which I grew up. Today, as a member of Knesset, I am working to make Israel a country that these good people can be proud to support.

For a decade as prime minister, Benjamin Netanyahu made no secret of his distaste for American Democrats (or Reform and Conservative Jewish communities for that matter). For me, this constitutes an unforgivable violation of Israeli tradition. With Trumpism being anathema to the majority of American Jews – particularly to the younger generation – embracing this approach created profound unease and, for many Jews, hostility towards Israel.

We need to fix that. I see looming generational problems for young secular diaspora Jews when AIPAC aligns with explicit GOP talking points and brushes aside the great assault on democracy that the United States only narrowly survived.

Last month, Speaker of the US House of Representatives Nancy Pelosi came to visit the Knesset with a sizable delegation of American lawmakers. When they joined us in the balcony of the Knesset chamber, the Speaker of the Knesset Mickey Levy made a bold and thoughtful speech that was not picked up in the press. Levy said that when the mob attempted to seize control of the American legislature in order to prevent certification of Joe Biden’s election as President, the horror reverberated around the world – including in Israel. “If this could happen in Washington DC, the epicenter of democracy worldwide, it could surely happen in Jerusalem.” Levy praised Pelosi and her colleagues for confronting the events and doing whatever was in their power to make sure it did not happen again.

We need to be wary when we hear “this is not the time” to face unpleasant, obvious truths. It’s surely what David Ben Gurion was told by the US State Department when he sought their blessing in declaring a state of Israel. But he knew that there are times when leaders must keep sight of their core mission and beliefs.

I believe that today, Israel is stronger than ever. Ties between our government of change and the American government have never been stronger. As a patriotic Israeli, I place paramount importance on fortifying our relationship with the US because it is the leader of the free world and Israel’s greatest ally. American weapon systems are surely important to Israel’s security and military prowess, but as the Middle East’s sole democracy, the American values of freedom, democracy and tolerance are ones that Israel needs to embody.

Recent political events in America placed AIPAC in a profound and difficult political dilemma. Of course, there is a place for pragmatism in politics, particularly for an organization in which bi-partisanship is axiomatic. But being Israel’s spokesperson and the face of our country on Capitol Hill brings responsibility: being pro-Israel needs to mean being categorically pro-democracy, pro-decency and pro-freedom.

As the Israeli and American Jewish communities work our way forward towards what I hope will be a more mature, honest and symmetrical relationship, criticism needs to be part of the new normal. American Jews and supporters of Israel must feel free to speak out when they are disappointed in Israel. Hopefully this will take the form of constructive criticism, made out of concern and love for the country. But this needs to be reciprocal. Because I am such a fan of AIPAC, I feel that it is not only legitimate but incumbent on me to express my concerns when I disagree with their decisions. This in no way diminishes my gratitude and admiration for their critical work.