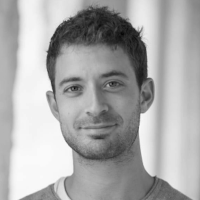 The Blogs
Tzur Goldin
Apply for a Blog
Please note that the posts on The Blogs are contributed by third parties. The opinions, facts and any media content in them are presented solely by the authors, and neither The Times of Israel nor its partners assume any responsibility for them. Please contact us in case of abuse. In case of abuse,
Report this post.

In 2014, a UN-US brokered ceasefire brought a pause to the fighting in Operation Protective Edge. During that ceasefire, my twin brother, Hadar, of blessed memory, a lieutenant operating inside Gaza at the time, was ambushed, killed and kidnapped by Hamas terrorists. His body is yet to be returned to Israel for burial.

Hamas also still holds the body of Oron Shaul, another soldier from the same operation, along with living Israeli citizens, who are held captive by this terror organization.

Those realities shape what Israeli Remembrance Day means to me.

Israeli Remembrance Day for fallen soldiers and victims of terrorism has always been the most powerful day of the year for me. This is the day that marks our national honor, and the day on which the basic values that unite Israeli society take center stage. It is a day of national solidarity and pride in our liberal, democratic, and Jewish character, and in what is sacrificed in order to preserve them.

I never imagined becoming one of the community of bereaved families; a community made up of those who never sought to become members. The years since Hadar was killed and kidnapped have been years of pain for me. Yet our family is not only bereaved. We are also captive to a dreadful limbo as we wait for Hadar to be returned home.

We will forever be bereaved. Our mission is to cease being captives.

The experience of these past six years has brought me and my family unfathomable pain and the unfathomable weight of responsibility, and yet our mission is far from over. The battle to bring my brother home is a battle that goes to the very core of our national values, which are being compromised daily, as we fail to bring home to Israel the soldiers who sacrificed their lives for our defense.

On Memorial Day, the value we must recall above all others, is that of our common duty to fight for the return of every soldier and civilian in captivity, dead or alive.

I too fought in Operation Protective Edge. Hadar and I were operating a mere 500 meters from one another during the fighting. I know the mindset of a soldier. Soldiers go into battle, knowingly endangering their lives, and they think of their families at home and wonder how they would cope if something were to happen. Yet soldiers also derive strength from the knowledge that their brothers in arms will do all it takes in order to bring them back to Israel if they are injured, or if the worst should happen.

Whether such soldiers are serving in the Gazan districts of Rafah and Shajiah, or inside Lebanon, or elsewhere, the notion that Israel will retrieve her soldiers, come what may, is invaluable to members of the IDF. The importance of that value must never be forgotten or reduced. It is the value that my family is fighting to uphold today. We are seeking action, not just lip service.

The commitment to bringing back our boys is one that I have carried out, and proudly. And just as I served in its fulfillment, so I wish to see our leaders act today.

In Gaza in 2014, I evacuated dozens of wounded and killed soldiers from the battlefield — my friends and soldiers serving under my direct command. Not for a moment did I imagine that the day would come when I would be away from the physical battlefield, but fully engaged on the political, security, and diplomatic battlefield, fighting for this very value to be upheld, albeit by different means, with the fate of my own brother hanging in the balance.

Since the storied Entebbe raid of 1976, the State of Israel has been in a fight against the terrorism of kidnapping. Terror organizations have created an equation: they kidnap soldiers and civilians and exploit them as an asset and Israel pays a pyrrhic price, time and again, in order to gain their release.

They also force Israel to choose between two types of moral injustice: leave soldiers on the battlefield – effectively the case for Hadar – or release thousands of terrorists in exchange for the return of our soldiers.

My family and I believe in a third way.

Terror organizations must be made to realize that the kidnapping of soldiers or civilians is a liability for them, not an asset. We must make them understand that it is they who will pay a price, not us. In order to shift the paradigm, measures to improve the humanitarian situation inside Gaza must not be undertaken until our captives are returned.

Implementing this standard will bring the Gazan people to understand that when Israel’s soldiers are kidnapped it is not just Israel’s soldiers who are held captive, but the Gazan people themselves, two million in number; who are being held hostage by 30,000 terrorists whose barbaric actions result in the continued denial of a better humanitarian situation inside Gaza.

As an international community of nations, we must broadcast the message that terrorism will not win.

We must stand firmly behind the idea that while Gaza can certainly be rebuilt and rehabilitated and can become economically prosperous; no long-term solution that might result in the opening of border crossings or the enactment of confidence-building measures can come about while Hamas continues to hold Israel’s MIAs captive.

In advance of the Trump Peace Proposal being implemented, or the establishment of a naval port, the linking up of a gas pipe, or any other plans for the improvement of life inside the Gaza Strip, all captives being held by Hamas must be returned to Israel.

Terror organizations like Hamas must not be allowed to extort a sovereign state.

In consultation with leading experts in Israel and the US we have begun the work needed to bring about the needed change. We have become used to the idea that nations across the globe are biased against Israel, but this is not always true and it has not been the experience of my family. Together with Professor Irwin Cotler, we have succeeded in pressing the UN Security Council to adopt Resolution 2474, which states that no regional conflict or permanent humanitarian agreement can be settled before MIAs and captives are returned. Our efforts are not only for the good of Israel, they are for the good of all that is decent and right.

The UN’s special envoy to the region, Nickolay Mladenov, has received instructions and directives that no permanent humanitarian steps can occur in the Gaza Strip before the return of missing persons.

The mission of my family is to ensure that the national sacrifice – the one we speak of during Israeli Remembrance Day – remains tied to national solidarity. My brother, Hadar, and Oron Shaul, and all other captives, must come home, and no terrorists must be exchanged for their release. Achieving that goal, which is possible, will save a great many lives in the future.

Hamas cannot have it both ways. It cannot be the beneficiary of humanitarian solutions while simultaneously engaging in acts of terrorism.

On this day, I think about my brother Hadar. I think about Oron Shaul. I think of the soldiers who never returned from Gaza and the Israeli civilians being held captive there. I think of Ron Arad and every one of our MIAs, and I think of how important it is that the principle of no soldier being left behind is a principle we must not leave behind, for the good of the rest of the world and for all future generations of Israel’s soldiers.

May the memory of Israel’s fallen be a blessing.

About the Author
Tzur Goldin is the twin brother of Hadar Goldin. Tzur and Hadar were operating as officers in elite units in Gaza in 2014 during Operation Protective Edge. During a UN-US brokered ceasefire, Hadar was ambushed and killed by Hamas. Hamas are still holding Hadar's body as ransom to this day. Tzur Goldin is a publishing Adjunct at The MirYam Institute.
Comments