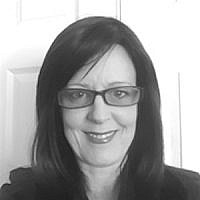 The Blogs
January Marla L'Angelle
Apply for a Blog
Please note that the posts on The Blogs are contributed by third parties. The opinions, facts and any media content in them are presented solely by the authors, and neither The Times of Israel nor its partners assume any responsibility for them. Please contact us in case of abuse. In case of abuse,
Report this post.

Many people say that Hollywood, California is no place to raise a child, but I disagree. When my son Houston Mack came to me and told me that he wanted to become an actor, he was 5-years-old. He knew all about acting because the entertainment industry is so prevalent in Hollywood and our entire family worked in the industry in some capacity. Naturally, I told him that he had to wait and get some training. This is where Houston began his understanding of discipline and dedication at working diligently toward what he wanted. This is the methodology he applies to everything, including his military service as a Lone Soldier in the Israeli Army. Work hard, prepare harder, and follow directions are ingrained in him.

November 2017, I took my first trip to Israel. I fell in love with it. I was so proud of my son for making aliyah and moving there as his new home. Immediately upon arrival, I felt ill but the intention of my trip was to watch my son graduate (Masa Kumta) with Tzanchanim (paratroopers) and become the combat soldier he longed to be. I watched the ceremony with tears in my eyes and full of motherly pride. I stayed for 10 days and ultimately returned home.

On January 19, 2017, I was diagnosed with breast cancer and rushed into several surgeries. I was devastated. Here I was, living in the United States with my husband, blues/ jazz musician, Pete L’Angelle, and our son is thousands of miles away. I felt helpless. To say my son and I are very close is an understatement. We spent most of his childhood running to auditions together and working on the film, TV and commercial stage sets. This was the formula for our solid mother/ son relationship. We spent quality time together, talking and learning about life.

Upon hearing about my diagnosis, Houston became distraught. He could not imagine himself being a good son and also being a good soldier. He realized he couldn’t be in two places at one time. It was at this time he was finishing up advanced training and setting his sites on a commanders course. A tough decision had to be made. Houston put in the request to come to the USA and help me through my chemotherapy. He thereby gave up his chances at commanders course and decided his mother was the priority.

Houston’s father had been a United States Marine many years ago and could hardly believe that the Israeli Army would allow Houston to take any leave of absence for his mother’s health reasons. Houston explained that this was the wonder of the Israeli way. Family is everything!

My journey through breast cancer has only just begun. I will continue to have three more major surgeries. I am in as much contact as possible with Houston and I know that the Army will continue to support our family through this incredibly tough time.

Thanks to the Israeli Army, I had my son home with me for a crucial visit when I really needed him. Houston is back in Israel, and the return has been emotionally difficult for him. However, he’s home, where he loves to be… in Israel. He says, “Becoming a Lone Soldier was one of the best decisions of my life.”

About the Author
January Marla L'Angelle is a screenwriter originally from Hollywood, California. January spent over 20 years as a casting director in Hollywood where she cast for film, television, and commercials. She is the mother of one son, Houston Mack, who is currently a Lone Soldier in the Israeli Army and the wife of Jazz/Blues musician Pete L'Angelle.
Related Topics
Related Posts
Comments