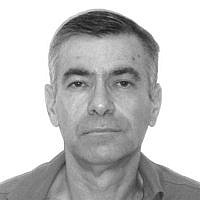 The Blogs
Benjamin Miller
Apply for a Blog
Advertisement
Please note that the posts on The Blogs are contributed by third parties. The opinions, facts and any media content in them are presented solely by the authors, and neither The Times of Israel nor its partners assume any responsibility for them. Please contact us in case of abuse. In case of abuse,
Report this post. 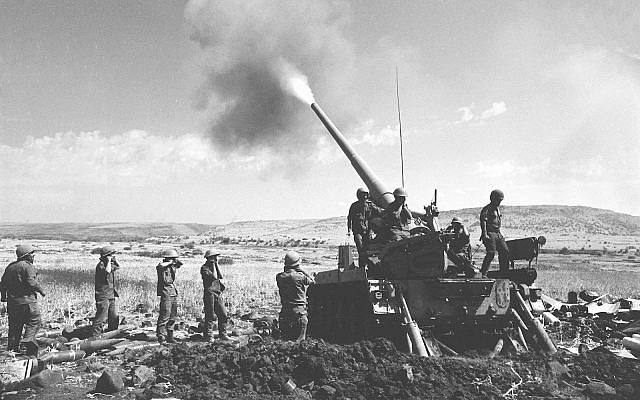 Israeli troops fire a cannon from a position on the Golan Heights during the Yom Kippur War, on October 11, 1973. (Radovan Zeev/Bamahane/Defense Ministry Archives)

This modest essay is dedicated to the memory of my 36 comrades who were killed in battle against a huge Syrian force on Tel Saki on the Golan Heights. Those killed included three of my close friends – members of my kibbutz group and classmates from high school.

On the eve of the Yom Kippur War, I was in a training exercise in my regular military service. My company was trained to be a tank unit as a component of the IDF’s Armored Divisions and our exercise took place in the Negev Desert in the south. Friday, Oct. 5, 1973, started as another day in the routine of military training. Suddenly we were placed on alert and transported to a nearby airbase, and from there were airborne to an armored base in northern Israel. There, equipped with tanks, we ascended the Golan Heights. Still, even the following day, on Saturday morning, nobody believed we were going to war. The most extreme scenario we imagined was one day of combat and that’s it, the kind that took place occasionally on the Golan after the Six-Day War.

But around 2 pm, some Syrian airplanes appeared in the sky and started bombing us. We ran to our tanks and started moving south along the so-called Oil Road, which was used before 1948 for shipping oil from Iraq to the Haifa port, then under the British mandate.

We drove very fast in order to come to the aid of another tank division that was deployed permanently on the Golan and now was vastly outnumbered by the attacking Syrian Armored Divisions. However, some time after we started our move to the south, we were suddenly attacked by a very large Syrian tank division penetrating to the southern part of the Golan. We fired back on them and destroyed quite a few Syrian tanks, but many tanks in my company were destroyed or damaged.

A few of us at the front of our convoy managed to continue the move to the south until we reached Tel Saki – a small hill in the southern Golan. There, we fought with a large contingency of Syrian forces until my tank was damaged and unable to continue to do combat. So, we had to desert our malfunctioning tank, and two of us went up the hill and joined a very small paratrooper unit stationed in a very small bunker on the hill in order to inform the Battalion Command on the developments on the battlefield.

To my great horror, as I approached the bunker, I noticed a dying paratrooper lying on the ground. Then I noticed that he was a good friend of mine – a member of the same youth movement group that went together to a kibbutz two years before the war. He was injured while reporting on the Syrian advances. Unfortunately, our medical capacity was insufficient to save him and he passed away. Soon, the very tiny bunker was being bombarded by the Syrian forces and many of the 23 soldiers inside it were injured – some quite seriously. We also realized we were surrounded by a huge Syrian force that was dispersed all over the place. Our injured commander asked that one of us go out and surrender so that the Syrians would stop the bombardment, which was going to kill all of us very soon.

One of our comrades went out and disappeared. The Syrian troops shot him. But he survived, became a POW, and told the Syrians that all the soldiers were dead. Since the Syrian shooting continued, some of the injured soldiers urged someone else to go out so that hopefully the shooting would stop. Thus, I went out, hoping to bring an end to the shooting by giving myself in. Fortunately for me, no Syrian soldier was present in the immediate area. But, for someone like me, brought up with the belief that the IDF was invincible, what I saw there was unbelievable.

On the main road below Tel Saki, just a very short distance from where I was standing, I saw an endless convoy of Syrian armor and infantry riding forward, with no Israeli force visible on the horizon. We were facing this huge Syrian force totally alone. This sight led to some frightening thoughts about what was taking place in this war and what might happen to our beloved country.

Some of us communicated our desperate situation to the battalion commander and he sent a rescue force to extricate us. But the much larger Syrian force killed and injured many of the troops in the rescue force. Even though it was quite scary to go out of the bunker, a few of us did succeed in going outside and bringing some water and food from our damaged tanks and delivering it to our injured comrades.

The Syrian troops around us approached our tiny bunker quite a few times and threw grenades into it that injured a few more of us. We could clearly hear them speaking in Arabic among themselves. At any rate, at that point, the decision was not to try to surrender – realizing the futility of such an effort – but to fight with the Syrians if they were to come in. So, we were ready with our guns and grenades. To our great fortune, they didn’t try to come in. Maybe they were also afraid or just disoriented, as so often occurs during wars.

An unfortunate episode transpired when one of the injured soldiers, who became partly deaf, started to request water in quite a loud voice. Since the commander thought this might alert the Syrians nearby about our presence, he ordered one of the soldiers to strangle him. But that soldier was creative enough to light a match and, by its light, show him a cigarette package on which he had written that he had to keep silent because the Syrians were just outside the bunker. Fortunately, the deaf soldier immediately became quiet, and we avoided the penetration of the large Syrian force.

For two days we were surrounded by a large Syrian force in our neighborhood. There were discussions on whether some of the healthy soldiers might try to reach our forces to ask for reinforcement in order to extricate all of us. But the counterpoint – that the IDF does not desert the injured – won the day. Eventually, the IDF reoccupied that part of the Golan and we were saved, though unfortunately 36 soldiers were killed in the battles over Tel Saki. Quite a few in the bunker were injured and had to be evacuated to hospitals.

Following my evacuation from Tel Saki, I looked for my battalion and company in order to join the fight with a new tank. Unfortunately, they didn’t exist anymore as regular units because of the large number of casualties and also a few POWs, including my company commander. Still, I managed to join another battalion, now under the IDF, leading an Israeli offensive that succeeded not only to contain the Syrian offensive in the Golan but also to take over some new Syrian territory that reached about 40 kilometers (25 miles) from Damascus.

Thus, despite the surprise attack and the huge numerical superiority of the Syrian military, especially in the early stages of the war, the IDF was able to prevent a Syrian takeover of the Golan and potentially of the Sea of Galilee below the Golan and beyond.

A key factor in reaching this outcome – even if not the only one – was the bravery of the low-ranking soldiers and their commitment to protecting the state of Israel and their own families. But the cost in human life to the IDF was very considerable.

Even if war is won – or at least not lost – it carries a terrible price. We must try our utmost to achieve peace with all our neighbors, as we achieved with Egypt – in the aftermath of the 1973 War and at least partly as a result of it – and later with Jordan, and more recently, with our partners in the Abraham Accords.

About the Author
Benjamin Miller is a Full Professor of International Relations at the University of Haifa’s School of Political Sciences.
Comments