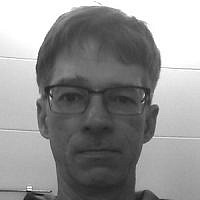 Self-development can mean almost anything to anyone who uses the word or term. To me, self-development right now means working on connecting to my writing inner voice. I would like to put out there my topics of interest which have been somewhat the same since childhood.

I have always believed in a God without wishing to draw in negative energy except to challenge those powers sometimes. For myself remaining clean for a higher power to the best of my ability is what I am. Taking risks is mandatory for everyone in life with risk being assessed differently by all.

My risk taking had mostly included putting people ahead of me when my concerns for myself were most likely justified. I had my life on the backburner since my early years. Now I wish to put my self-interests ahead of me where I can see them reaching out to the universal powers. I am self-valued enough not to let go of my dreams for the sake of others.

Ask yourself many questions which can sharpen your goal or goals into an ideal way of living. Many people mention baby -steps as part of the process for attaining goals which are long lasting. I wished to be a better communicator by email or letters which I could write on my computer. I also wanted to develop my computer skills as the first step in that process.

I took an English upgrading class then went on to further studies in computers and other topics such as History finishing an academic diploma. These things took hard work for me to accomplish but I got into blogging before I was good enough to call myself a blogger I felt. I have three blogs now with my writing becoming more polished all the time.

Now I use Grammarly to edit all my writing which can mean avoiding using words or phrases which are overused. Someday I may get into researching my word usage more which can include studying dictionaries and a trusty thesaurus. If in doubt I just type into google search a word or phrase and up pops the meaning. You can go the other way and type in the sense of what you wish to write getting an appropriate word displayed then on your computer screen.

Recently I wrote a list of words I have used in my online or over the phone work as a tarot card reader. I began finding the meanings to these words to make sure I understand my language use. Exploring my tongue is part of my self-development before I would challenge another goal which is learning a new language. I looked at French and Spanish going on the web taking easy courses as well as a small in-person course through a language immersion school.

The result is I didn’t learn French because of conflicting schedules as well as not having a language partner. It ‘s great to learn something of any topic, but perseverance can be the next major point in my self-developmental process. Renewing French language learning as a goal may come up again soon with my current intent on post-secondary education.

Perseverance means not letting go of your dreams by avoiding the process of baby-steps during the path of your goal no matter what obstacles fall in your way. I have always wanted to write something as good as the books I have read for entertainment. Now, I put blog posts on my three blogs trying to find my way around the blogosphere while being a newbie.

My topics for blog posts have included politics and security issues of both the personal and governmental types, but I like to write about spiritual topics as well. On here I will mostly try to write on religious topics or personal interests outside of politics safety etc. Politicians and the law can consider who to share those problems for insertion in media.

You may find me on the web speaking of many world issues if I ever find the items I wish to engage. I am learning research on my own so getting into the topics may require speaking to more elected officials or those seeking a position. I get involved mostly in conservative issues at the volunteer level finding conservatism easier to understand than globalism.

Recently at an event, I heard provincially elected officials speaking to students that worked hard to become Canadians. Some students are in the process of becoming Canadians or permanent residents. It is nice to attend political speeches of all types which inspire others causing hope when connecting to leadership.

Nowadays populist movements are a major research topic of mine with me wanting to voice my concerns through elected officials being the chosen method. I do know that when a politician someone chose for office, they don’t research deeply into political inclinations of those reaching out to them for answers. Voting is the way of change not protesting how others have voted in the past or will in the future.

I don’t feel Canada is in jeopardy because of political decisions which seem to mirror what is happening in the world. We overcome in many ways like the marchers in Selma Alabama did obtain their voting rights. We must remember movements like this which depend upon freedom of speech. In many ways around the world, free speech is in danger because of the violence directed at those who seek the help of others.

Attending some political speeches or where those in government jobs not necessarily political positions get to present the work they do is excellent. Not being identified as a supporter of a different party is also good while I respect the rights of all in attendance. Populism doesn’t include that mindset based upon respect for others we wrote in government documents in all NATO member countries.

About the Author
Jacob Deveaux's in depth spiritual research compels him to write to interested people. He has presented spiritual topics to many on life's issues. Judaism is the base religion with the Torah being the Old Testament accepted by Christians. He will present spiritual topics through the Times of Israel.
Comments