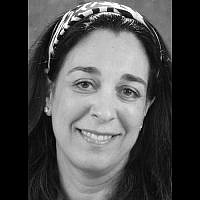 The Blogs
Rona Miles
Apply for a Blog
Please note that the posts on The Blogs are contributed by third parties. The opinions, facts and any media content in them are presented solely by the authors, and neither The Times of Israel nor its partners assume any responsibility for them. Please contact us in case of abuse. In case of abuse,
Report this post. 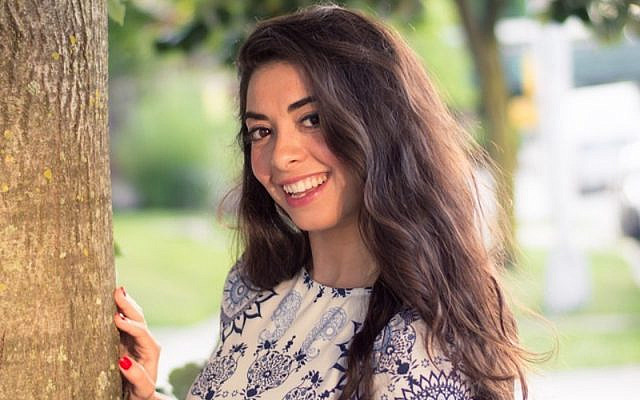 Adina Miles Sash, a US Orthodox Jewish activist and social media influencer a.k.a FlatbushGirl who spreads the message #frumwomenhavefaces. (Courtesy)

As the mother of Adina Sash also known as FlatbushGirl, I am still taken by surprise when people stop me on the street to give their opinions of Adina. Sometimes the feedback on her viral Instagram campaign is encouraging and heartwarming as people share how she has entertained them and also inspired them to think more critically about community issues. I feel overwhelming pride that she has found a space in their hearts. Other times I am stopped by complete strangers who feel that Adina needs to calm down and be less controversial. And my heart still swells with pride because my daughter is at the forefront of change.

I raised Adina to be independent, to know her strengths, and to use her voice. At a young age she was already questioning some of the messages she was receiving in her Bais Yaakov school, like how a girl’s hair should be a short length and that a woman’s role is to support her husband in learning. She had an uncanny ability to know when she was being indoctrinated by the system, and when she sensed nonsense, she always called it out.

When Adina pursued a dual BA in psychology and English, I thought she’d follow in my footsteps as either a psychologist or college professor, with her ability to understand the human psyche and her incredible oratory skills proving that she could be either one. But she ultimately continued on with a Master’s degree in medieval literature, reading texts that most of us never knew existed. My daughter was clearly a nonconformist and freethinker, navigating a unique path.

In the summer of 2017, a local politician presented Adina with an award acknowledging her work as an advocate in the community. He posed for a photo with her together with members of the Shomrim neighborhood watch group, and a few days later she tried to publish the picture in a community newspaper thanking him. They rejected the ad and explained they could not print her face because she was female, nor could they print her name because FlatbushGirl contained the word girl. I remember when she called me about it – horrified and hurt. She saw no choice and ultimately placed the ad according to their terms, with her name and face erased. The daughter that I had raised to sense injustice recognized just that. And it was from that experience that a mission to right the wrong began and the battle cry Frum Women Have Faces was born.

It’s been years on this battlefield, fighting for women’s representation in print. Adina is full of passion and anger as she discusses how women’s faces have been eradicated from ‘frum’ (Jewish Orthodox) magazines and newspapers. We sat down to talk about how we got here and how the community’s perspective on this issue has changed over time.

Rona: Adina, do you remember the day that they told you that you couldn’t put your picture in the newspaper alongside your ad? It was a turning point, where you went from comedy to a more serious role of advocacy. What went on for you after that experience? How did it affect the way you think in your role as an advocate for women?

Adina: I had always thought that the policy was harmless – if you wanted your picture to be included with an ad, then you should just advertise in another magazine. But it really hit home for me then, that there was something about being female that was offensive and needed to be apologized for.

Rona: I totally agree, but it’s framed so differently by publishers trying to explain the “real” reason they won’t print women’s faces. They say that if they allowed women in print, there would be too many nuanced rules to make, like whether the woman’s hair is covered properly, if the tilt of her face in a photograph is suggestive, or if her makeup is too provocative.

Adina: These reasons are so transparent. It’s all code language for female representation in print has the potential to be sexualized by a male, and the community feels the need to protect men. Instead of finding ways to educate men and hold men accountable, they say let’s just hide women. And that’s a very damaging message with which to indoctrinate girls because it implies that they are the cause of their own victimization.

Rona: There is this message out there that a woman who wants to show her face is just an attention seeker and immodest. That feels like self-righteousness cloaked in religiosity and it shames women for wanting to be seen.

Rona: Right, and it was not like this at all in the 90s. I remember that there were women’s pictures in mainstream newspapers, not only faces, but full body pictures. It’s unbelievable to think that not so long ago this was permitted in the Orthodox world. What do you think a regular person can do to help this fight?

Adina: It’s not hard to take a stand. A person could write to the publishers and tell them how damaging this trend is and why they don’t feel comfortable bringing these magazines into their homes for their daughters to see. We need to hold frum media outlets accountable, as well as the parties who submit these ads. Find ways to support organizations like Chochmat Nashim, who educate about this unacceptable practice. Subscribe to magazines who do print women’s faces, like Fleishigs magazine, and positively reinforce women who consent to printing their face and say, “You are a role model.” Open up conversations among your family and friends and educate them that this issue is not just a dumb little problem. Maybe if we do that, we can shift the tide back and see change for the sake of our daughters.

Rona: Adina, what keeps you going even with all the criticism?

Adina: It’s a cause that I really believe in and am very passionate about. I need to speak out in order for change to happen and to open up people’s eyes and have them think about this. But really, I couldn’t do any of this work without the support I get from Chaim [Adina’s husband] and from you and Aba. If I encountered people challenging me in my own family, I wouldn’t have strength left and I wouldn’t have a place to recover. My haters try to instill me with doubt, but I’m surrounded by love and encouragement at home, so I’m able to stay focused on a path to help increase representation for frum women in more spaces.

Rona: Thank you, Adina. I stand behind you, not just because you are my daughter, but because I believe in your mission. Taylchi M’chayil el Chayil. May you continue to have strength and courage as you move forward on this path.

I have had an intimate view of everything Adina has experienced in becoming a public person, and I have watched her lose business, lose friends, and get threatened and yelled at on the street. I am a follower and I watch her stories and read her posts, but I am also a mother and have felt her pain and isolation as she has lived it. I often ask her, “Are you sure you want to do this?” And she always replies with an emphatic, “Yes.” She is my daughter, and I want to protect her, but I also know that out of pain comes strength and that we always need to push the limits in order to make change.

About the Author
Dr. Rona Miles is a NYS licensed psychologist and a full-time faculty member in the Psychology Department at Brooklyn College of the City University of New York. She has published articles on mental health and stigma, and she is currently conducting research on the OTD experience. Dr. Miles is a strong supporter of women’s rights, Ezras Nashim, and Frum Women Have Faces. She is also the proud mother of FlatbushGirl.
Related Topics
Related Posts
Comments