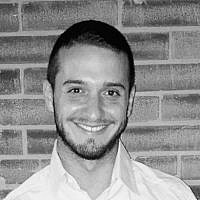 What caused a recently released Israeli combat soldier to meet face-to-face with a Palestinian from Gaza?

I wanted to see for myself.

Throughout my childhood and military service I had heard much about the Palestinians. I heard that they hated us because we are Jews and that they don’t recognize our right to exist as a free nation in our homeland. In all fairness, among some Palestinians all of this is true. But just as not every Israeli hates Palestinians simply because of who they are, not every Palestinian wants to terrorize us out of our land. It is important for anyone who cares about Israel or Palestine, or both, to hear both narratives. In doing so, we stop making generalizations about the other party, but instead build a personal connection that may just change our approach to such a complex reality.

This is the story of my encounter with my new friend from Gaza, Miriam, who I first connected with earlier this summer after being introduced to her by my good friend Mika.

Miriam escaped Gaza during Operation Protective Edge, at a time when both Mika and I were soldiers in the Israeli army. With no real plan other than to leave behind the horrific reality that was life in Gaza, Miriam escaped by herself and found her way to the United States, where she was granted political asylum. It was surreal to sit at a café in Tribeca with such an inspiring young woman our own age who, under different circumstances, could have easily been viewed with suspicion. But here we were. The three of us – smiling and laughing – instant friends.

I was fortunate enough to meet with Miriam twice. Both times that I met with her she began the conversation by ranting about her animosity towards Hamas. She made it clear to me that the majority of residents in Gaza “hate Hamas more than they hate Israel.” She described Hamas as a gang-like organization that absolutely terrifies and manipulates its own fellow citizens. She reinforced the perpetual fear that the people of Gaza live under as a result of the ruthlessness of Hamas.

I challenged Miriam when I asked her how could it be that the population of Gaza democratically elected Hamas into power following Israel’s unilateral withdrawal from the coastal strip just over a decade ago?

Miriam explained to me that Hamas was elected out of a collective frustration with Fatah’s corruption before the election. Hamas’s success was less the result of favorable public opinion among Palestinians, but rather a product of the peoples’ demand for more transparent politics that would benefit the suffering population. Then, as much of the world watched on their evening news, Hamas brutally persecuted and drove out the opposition. Just like that Hamas came into power and the people of Gaza became their hostages.

The status quo between Israelis and the Palestinians depresses both of us. Miriam and I have both personally experienced the pointlessness and tragedy that comes with each war between our two nations. We both want to change the reality for our peoples. We both want peace. I asked her what she believes Israelis can do to work towards a peaceful solution?

Miriam and I agreed that nothing is more powerful than face-to-face meetings, having both felt the positive impact of them. We understood that communication and mutual trust are foundations to peace. In meeting one another we stop dehumanizing each other and see that beyond the national and religious identities that each of us carry, we are human beings with ambitions and feelings. Communication is critical in showing the other side that we do not want to kill them, thus giving them a reason to respect, and with time, even love.

Additionally, Miriam expressed that there is a growing despair in Gaza, where close to half of the population is unemployed. We both recognized that business is one of the most effective ways to unite our peoples. After both witnessing success stories of businesses such as SodaStream that employed Palestinians from the West Bank, Miriam hopes that more Israelis will find ways to employ qualified Palestinians from Gaza. In creating a shared work environment, Israelis and Palestinians work towards effective communication and trust with one another, while financially supporting their own families. This restoration of self-dignity through financial security gradually dilutes the resentment of the other.

Lastly, Miriam views a stronger Israeli outreach to Palestinians in the media as an excellent tool in achieving peace. She believes that the Palestinians will favorably receive a public relations outlet in Arabic that streams messages and images of true coexistence. Instead of broadcasting images of Israelis and Arabs eating hummus together in Haifa, which she explains causes frustration among Palestinians who view this as a triumphant display of the land and culture that were stripped from them, it would be wiser to show other examples of the real coexistence taking place. We agreed that showing signs on Israeli highways in both Hebrew and Arabic, as well as images of the many Palestinians employed in Israeli Hi-Tech companies, would be examples of a more effective strategy towards constructively engaging the residents of Gaza.

Both Miriam and I recognize the immense challenges that our peoples face in trying to reach a peaceful solution to this conflict. The two of us understand that these steps are not easy to implement as a result of legitimate fears on both sides. Attaining peace will take much time; the long path to this ideal will be full of both progress and setbacks. In spite of this, we both believe that peace is the only way forward for her people and for mine. Just several weeks ago, both the Israeli and Palestinian people lost a true visionary and advocate of peace, Shimon Peres. President Peres famously said that “you are as great as the cause you serve, and as young as your dreams.” In tribute to the late and beloved President, to the Israeli people and to the Palestinian people, both Miriam and I vow to serve the just cause of bringing peace unto our two nations and to dream of a better tomorrow. We hope that you will join us. 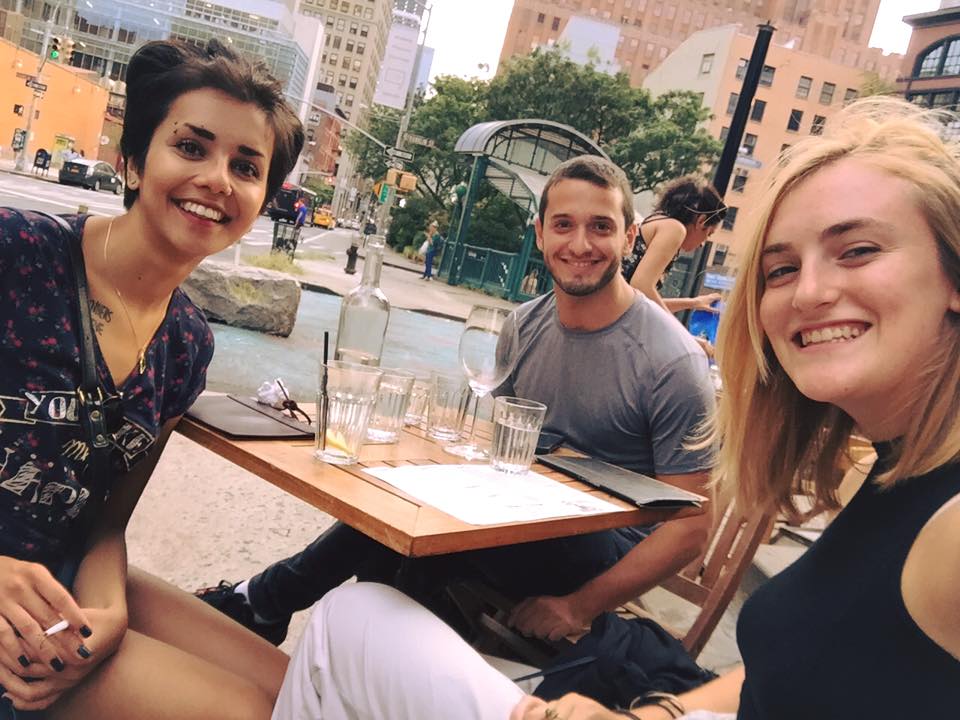 About the Author
Ben Rathauser is the Founder of The Overcomers Project, which is devoted to helping teenagers and young adults overcome their personal hardships this summer in Israel. To learn more about this unique program, reach out via email to ben@overcomersinisrael.com, or call 561-710-9950.
Comments