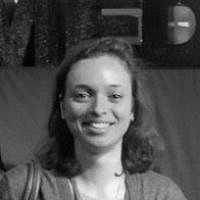 The Blogs
Luisa Peress
Apply for a Blog
Advertisement
Please note that the posts on The Blogs are contributed by third parties. The opinions, facts and any media content in them are presented solely by the authors, and neither The Times of Israel nor its partners assume any responsibility for them. Please contact us in case of abuse. In case of abuse,
Report this post.

Yes, the date in the title is not a mistake; one anniversary from my first visit to Poland has just passed. Last year’s experience with the March Of The Living (MOTL) UK delegation is something that can’t possibly be put into words, because it encompasses past, present and future, exploring dilemmas of life, death and everything in between. Hence the views expressed below are personal and only fragments from the trip are present. I am also writing this in the hope that more people visit Poland with one of these trips. I am currently of the opinion that as Jews but even more as humans, it is something we ought to do, rather than something we could do.

Lessons learnt from the trip

I arrived in Poland convinced that there is right and wrong, white and black in every decision people make, regardless of the situation. But when discussing the Holocaust or other extra-ordinary situations, there is a grey zone big enough to pull in the universe in itself. While on the basis of moral arguments we can determine whether a decision was right or wrong, we cannot judge those decisions. In concentration and death camps there was no normality and the “prisoners” underwent a systematic process of dehumanisation while there.  All boundaries were a big, blurry grey area. I personally believe that we could continue to try to understand people’s actions during the Holocaust ad infinitum without necessarily reaching a conclusion, but as Primo Levi once said, we ought to discuss and learn from the tragedy of it. The process itself of thinking about questions which answers are out of our comfort zone is by far more important than finding definite answers.

In this respect, March Of The Living UK has been brilliant because it focused a lot on education- what was special about this trip is that we did so through sharing, discussing and processing a lot of our experience within our group. Some of the dilemmas that we discussed during the trip, as a group and amongst ourselves are reported below.

How did a father feel knowing that his children were becoming the providers of the family, sneaking out of the ghetto in an attempt to get food for everyone, risking their lives in the process?

How did the Sonderkommando feel when after directing fellow to the gas chambers, they were seen playing football with the SS guards: were they forced to do so? Were they so dehumanised by that point that they simply obeyed to any order that was given to them? Did they take a couple of minutes to try and enjoy the game, feeling like human beings once again for a short amount of time, despite playing next to a crematorium in Auschwitz?

The survivors I had the privilege and honour to meet

Each bus from the UK delegation had one survivor who accompanied us throughout the trip and we got to know them beyond their role of survivors, we had the opportunity to appreciate them for the wonderful people they are.

Mala Tribich accompanied us students and she was only a child when war broke out. Her name in Polish means “small” and from speaking to her, she seems to never have regained and subsequently never lost the innocence that during the Holocaust was taken away from her. During our visit to Auschwitz and Birkenau (Auschwitz II) Mala and me were sitting down on a bench for a short break when we heard the birds singing. In that moment we both said the same thing: despite the enormity of what had happened, nothing manages to stop life from going on.

Another survivor I had the privilege to speak to is Arek Hersh. After reading his story I realised for the first time that in Holocaust, people completely lost control over their life. One step to the left instead of to the right, misunderstanding what the SS guard said, an instant of inattention, a wrong decision dictated by chance and you were no more. Reading his story, I learnt to listen to silence: the silence of eleven million people, of which six millions Jews, who are no more. After all the suffering and terrible things he had to go through, I do not know how Arek manages to find such strength and positivity, so much that when he stepped out of the bus when visiting Auschwitz with his group he said: “The sun is out, look what a beautiful day it is”.

The fact that hundreds of Jews were celebrating Shabbat in Poland is already against all odds. But what was even more out of the ordinary is that we were all there as one: our countries of origin did not matter, nor did our level or religiosity. We are a people that shares a common culture, language and tradition; we share a common past and, against all odds, a common present.

For one day we disconnected from the horror of the past and we sang and celebrated the triumph of life, regaining energy and positivity for what awaited us for the rest of the trip. The Holocaust is a tragedy too big for me to be able to say they were any winners in it. We did not win, but as a people, we survived and life is something that we should appreciate and celebrate.

The March Of The Living was held on Monday 28th April, with approximately 400 buses making their way to Auschwitz from all across Poland. 400 buses on a road is a number already hard if not impossible to picture in my mind. These 400 buses contained 13,000 people who attended the March which is approximately only 1% of the people killed in Auschwitz alone (an estimated 1,500,000). The number of people who perished in the Holocaust is something out of reach for us to picture or comprehend. What we can do is remember that this number is in fact composed of each single one of the far too many faces and personal stories that never had the chance to be lived and told. The enormity of the Holocaust lies in the silence of the individual stories that are unable to be passed on to us.

The generation of bearers of the survivors’ stories

Most Survivors did not speak about the Shoah until the 1990’s, fifty years spent in silence, mourning, contemplating what had been, many blaming themselves. My generation is most often the first to whom survivors started to speak about their experiences and is also the one that carries the weight of the survivor’s stories on our shoulders, for how much the next generation will know about the Holocaust depends on us.  I believe that if we only teach the next generation about numbers and details about World War II, soon the Holocaust will only be a vague concept of a remote past, an uncomfortable statistic to talk about. If we manage to keep passing on people’s stories, part of their experience and the dilemmas we are all uncomfortable discussing, the Holocaust becomes something much harder to ignore or forget. The biggest tragedy in the history of humankind should be passed on through stories of some of the humans that were affected by it.

When we often say “Never again”, we should not pronounce these words with the naive belief that something like the Holocaust cannot happen again. We should pronounce these words with the understanding that a similar situation can happen again: as Primo Levi pointed out, the proof lies in the fact that it has already happened once. Forgive, but never forget: to remember will always help, but will never heal this wound of history. 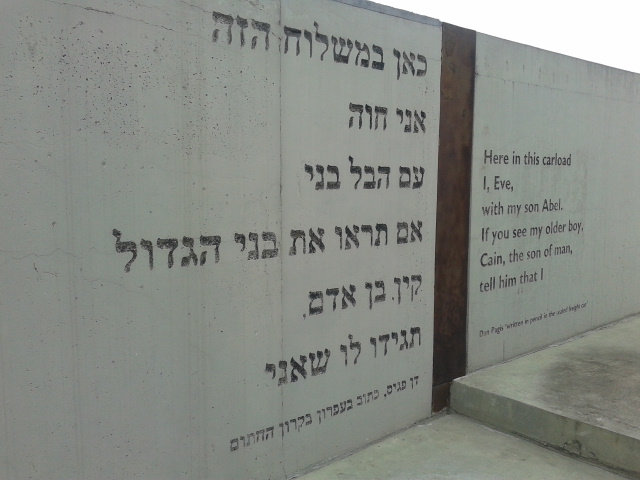 Written in Pencil in the Sealed Railway Car

Here in this carload
I, Eve,
with my son Abel.
if you see my older boy,
Cain, the son of man
tell him that I… 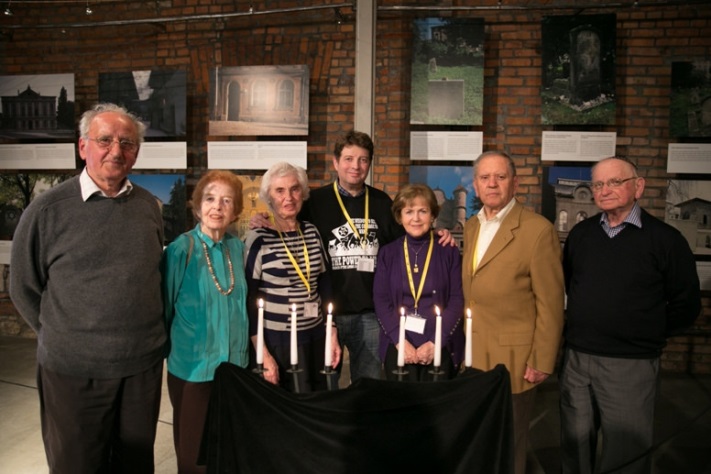 6 of the 7 survivors from MOTL UK 2014, together with the organiser Scott Saunders. 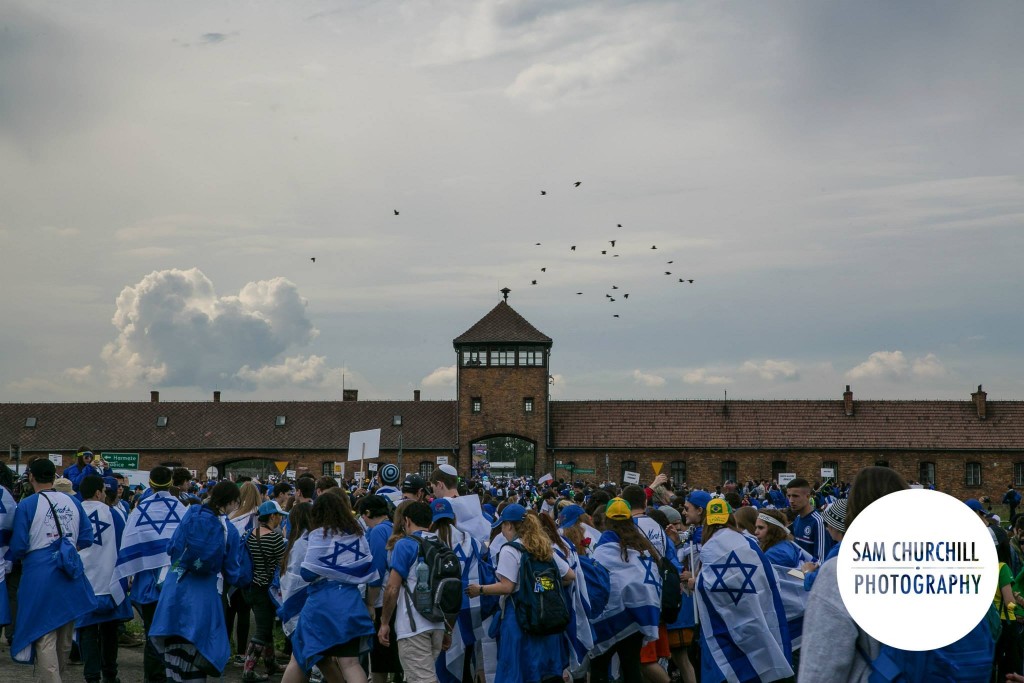 For more of Sam’s work, visit him on:

Photo copyright for all pictures in this post: Sam Churchill

About the Author
Luisa Peress has dual citizenship and is now living in London. Currently she is in her fourth year of medicine at Barts & The London, having just completed a year in Neuroscience and Mental Health at Imperial College London.
Related Topics
Related Posts
Comments