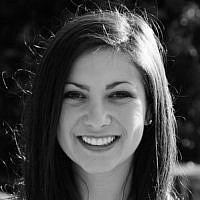 The Blogs
Marina Boykis
Apply for a Blog
Please note that the posts on The Blogs are contributed by third parties. The opinions, facts and any media content in them are presented solely by the authors, and neither The Times of Israel nor its partners assume any responsibility for them. Please contact us in case of abuse. In case of abuse,
Report this post.

Heading back from a friend’s wedding at 1:00 a.m. the other night, my boyfriend called. “You remember Itzik? Yoni’s friend? He was on that flight with his wife. They can’t find him. Rumor has it that he was loading their luggage as the bomb exploded. No one knows anything.” I hung up the phone, and a sickening feeling crept into my stomach. I immediately hopped onto my computer and began reading the news about the terrorist attack in Bulgaria, hoping that Itzik Kolangi had been found.

We barely slept that night. In the morning, we awoke to the news: Itzik had died in the attack; his wife, Gilat Kolangi, was fighting for her life in a hospital in Sofia, Bulgaria. Meanwhile, their four-month-old infant Noya was with her grandparents in Israel.

Itzik became the first Israeli terror victim I’ve ever personally known. Back in college, I had shared the stories of Israel’s terror victims with US students in hopes of putting a face to the thousands murdered before, during and after the intifadas. I had sat behind a military desk, writing blog posts and tweets on terror attacks as a soldier on the IDF Spokesperson Unit’s New Media Desk. I had stood at the grave site of Michael Levin with a group of young soldiers from the unit, bawling my eyes out as I tried to give them a sense of what was lost when Michael fell during the Second Lebanon War.

But when you personally know a terror victim, the icky feelings stay long after their story has been told. The thoughts don’t leave you because you quickly understand that it could have been a family member or close friend. That it could have even been you and your boyfriend on the way to a long-awaited vacation.

A few months back, my boyfriend and I left the Tel Aviv bubble and headed toward Jerusalem. We drove to Moshav Tzelafon, to visit some of his hometown buddies and their wives. One of them had moved to the moshav after tying the knot.

As an olah hadasha (new Israeli immigrant), it is a little nerve racking to hang out with Israelis in an entirely Hebrew-speaking environment. So I took a deep breath before walking into the house, and exhaled as I greeted everyone in the room with a friendly “shalom.”

I remember walking past a new born baby sleeping in one of those hip strollers as I headed for the buffet. After filling up my plate with Israeli salad, hummus and other local dishes, I plopped down on the comfortable black couch. Sitting next to me was Gilat, who filled the room with her friendly, easy-going spirit. “Is that all you’re going to have?” she said, instantly striking up a conversation with a smile on her face. “What about the burekas? You don’t want to eat them?” After almost three years in Israel, I have yet to acquire the taste for the Israeli pastry. So I politely explained that we had made the mistake of eating before coming to to the party, extricating myself from a potentially awkward situation.

After lunch, the festivities moved outdoors; we all drank beers and cava by the pool. I remember being struck by the sight of fledgling parents Gilat and Itzik. They were full of life and cheerful. They and the other Israelis made me feel like I was in the presence of old friends, even though we had just met a couple of hours earlier.

Then the conversation — like it often does when an American oleh is sitting among new Israeli friends — turned to the US dream versus life in Israel. Gilat and Itzik both said that if they had the option, they wouldn’t mind moving to the States. They weren’t the only ones. Most of the other Israelis shared the fantasy. Their curiosity pushed them to ask the obvious question: Why on earth had I given up my life in the US for life in Israel.

I explained that despite the hardship in Israel (at the time I was referring to economic difficulties rather than terror attacks), there was something invigorating about this country. Living in the US may be more comfortable, but the country lacks the spice of Israel. Israeli cities like Tel Aviv are full of life and filled with a contagious energy. Living here at times can feel way too intense — almost like attending a big family gathering. But at the same time, it’s freeing to know that it’s OK to be you when you are among “family.” I told Itzik that after leading a comfortable suburban life in Plymouth, Minnesota, and a brief stint in Washington, DC, I wouldn’t want to live anywhere but here — in Israel.

Tonight I saw Itzik’s face for the second time. It was on the home page of all the local papers, which displayed victims of the terrorist attack in Burgas. Itzik and Gilat had flown to Burgas to celebrate his 28th birthday, leaving their four-month-old daughter with her grandparents. I can’t stop thinking about my afternoon with Itzik and Gilat. I’m praying for her recovery, and wondering what this means for their baby girl. Most of all, I’m trying to understand why some of us are taken from this world, while others like you and me get to stay here. 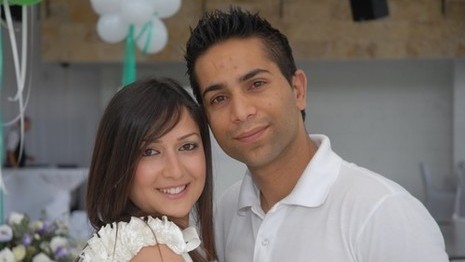 Prior to working for the social media agency Blink, Marina Boykis served as a press officer on the New Media Desk of the IDF Spokesperson’s Unit. She made aliyah in 2009 after working for the American-Israel Public Affairs Committee.