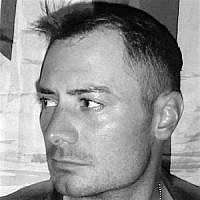 The Blogs
David Simpkins
Apply for a Blog
Advertisement
Please note that the posts on The Blogs are contributed by third parties. The opinions, facts and any media content in them are presented solely by the authors, and neither The Times of Israel nor its partners assume any responsibility for them. Please contact us in case of abuse. In case of abuse,
Report this post. 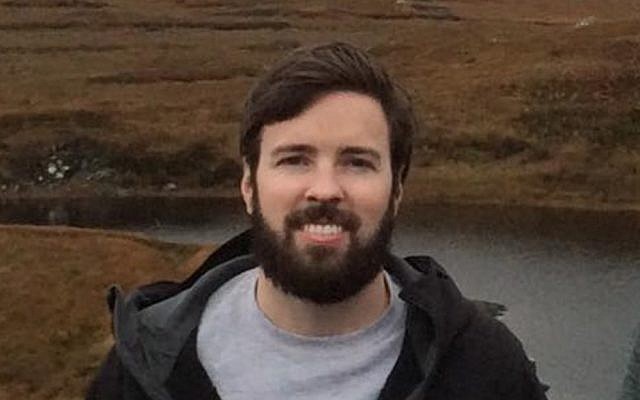 He laughed and smiled a lot in the classes at West Point. He sat behind me, next to me, or across from me during our first two years at the United States’ premier institution. He was very mild-mannered, sharp, and professional. I couldn’t think of someone who was more of a model of “America’s finest” than him. He was handsome, articulate, brilliant, and just so GOOD. I can’t think of a moment where he wasn’t exuding an aura of pure positive energy. He was as honest and heartfelt as they come, but now he’s dead.

Taylor Force was murdered in cold blood by a West Bank Palestinian. Hamas announced that they’re celebrating their martyrs last night. As I write this, there are parties from Gaza to Ramallah continuing all day, and probably tonight. It’s not every day they get a former US Army officer who served in Iraq and Afghanistan. For them, this is a great boon.

Taylor died in a war that he didn’t know he was in the middle of. Taylor is dead because of a lot of misleading ideas about exactly what goes on in Israel. Misleading people is currently the policy of the US government.

The US and Israel’s policy is to see the idea of a Two State Solution through. The reason for this policy is the belief that there’s more good than evil in the world, and peace is a reality that can be achieved. Moreover, they believe peace is something that must be achieved.

In order to accomplish this peace, we, the Israeli people, must adhere to stringent politically correct terminology in public. All we can do is show the Palestinians that we love them and want to live with them. If the Palestinians don’t want to live with us, it’s because of something we Jews did to cause this. That means that the world believes that we, the Jewish-Israeli people, are to blame if Palestinians attack us because we are to blame for their frustration. This is simply not true or realistic.

Anyone who reads the Hamas charter knows that peace is not their agenda. While they have gained ground in the Palestinian political arena, Israel focused on tolerance and promoting co-existence by showcasing places like Yaffo (where my friend was stabbed to death) and Haifa. These places are the quintessence of integrated Arab-Israelis living alongside Jewish-Israelis in our society. Sadly, the success has been overstated.

Everyone in America and Europe is convinced that the majority Palestinians just want peace and that we Israelis are being hunted by a minority of extremists. Westerners have been duped into believing that Hamas only rules and influences in Gaza while the West Bank is ruled and influenced by Fatah.

Fatah is headed by Arafat’s former #2, “Abu Mazen” Mahmoud Abbas, and they are recognized as a legitimate political entity and “peace partner.” Hamas is classified as a terrorist organization by the United States. Europe removed Hamas’ terrorist designation in hopes of assisting the Palestinian Unity Government’s legitimacy and acceptance into the world so that a Two State Solution could be advanced. After the end of Palestinian Unity, Europe never bothered to re-label the organization for what it is. Like most Americans, and many Israelis, my friend didn’t understand the true dynamics of who holds sway over the Palestinian people.

The Palestinian Center for Policy and Survey Research (PSR) released sobering figures in their 58th Palestinian Public Opinion Poll conducted last December. Two thirds of all Palestinians admitted they supported the knife attacks against Israelis. This means that six or seven of every 10 Palestinians want to see you dead or leaving Israel. Not every one of that number are willing to risk their lives and stab you themselves, but they actively support and cooperate with the ones who do. An example of this cooperation was seen when Arab-Israeli citizens aided Nishat Milhelm, the Tel Aviv shooter from last January, by hiding him in Wadi Ara.

The PSR released two more important facts on that poll: “65% want president Abbas to resign and 31% do not want him to resign. In presidential elections between Abbas and Haniyeh, the latter receives 51% and the former 41% of the vote.” Haniyeh is the leader of Hamas. This means that 51% of the Palestinian people want a terrorist leader to be their president, and 10% are undecided.

Stating these facts makes me an extremist. A friend who I wrote my thesis with at West Point told me so. He’s a man I admire and respect very much. When he recently visited Israel, he did not reach out to visit me. He told me that I’m not politically correct, and that’s a problem. I am labelled an extremist due to the fact that I judge my surroundings by facts alone instead of relying on false hopes and dreams. We were taught to be neutral with the Arab-Israeli conflict at West Point. My friend is everything America expects and wants him to be, and I can never fault him for that.

Taylor is dead because he didn’t know the reality of the situation in Israel. While he was in a predominantly Arab district just South of central Tel Aviv, he believed he was surrounded by peace-loving people like himself. He was only half correct. He didn’t realize that over 50% of the Palestinian population in Israel politically supports Hamas, while two-thirds ideologically support Hamas’ actions. If Taylor only knew that, he could be alive right now. Biased politics and political correctness gave my friend a false sense of security. That’s what gave a Palestinian the opportunity he needed. He used that opportunity to kill one of the best men I ever crossed paths with.

Now, in the fashion of our Alma Mater: “Well done! Be Thou at Peace.” I’ll see you on the Higher Ground, old friend. Tonight, I will fill my glasses and sing a round of Benny Haven’s for you in the Jerusalem shuk. When I do, I’ll stay alert. I want peace, but I understand that not all of the Palestinians want the same future as me. I’ll stay ready for a knife. With G-D’s help, I will stay alive.

About the Author
David Simpkins is a West Point graduate, former US Army officer, and veteran of the US Global War on Terror.
Related Topics
Related Posts
Comments