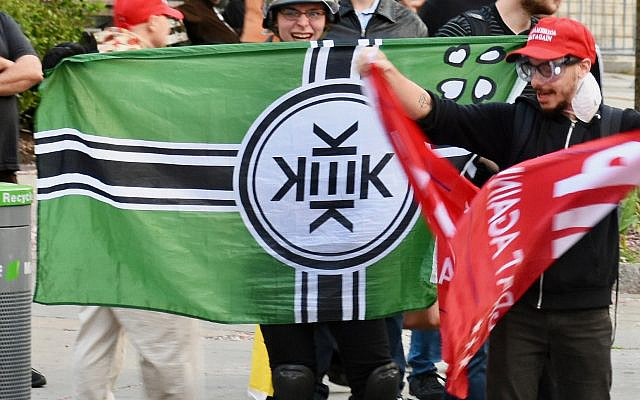 People at a junction displaying a nazi symbol and a racist text in 2017.(Source: Wikimedia Commons, free to uee, 2018).

I was 15, naive — and had never experienced meeting racist adults before.

It was late spring, perhaps early summer. We, I say we – because it was us. A group of friends. We spent most of our time gathering around a central playground, someone had stolen a cigarette from his parent, another one was trading biscuits for Cheeze Doodles. The shy boy who was madly in love with Sandra. But what united us all was our diversity -the catholic cousins from Syria, Farboud from Iran, my Finnish friend, Patrik from Poland and Magnus from Sweden to name a few.

Magnus was a popular guy, everyone wanted to hang out with him and he was definitely a charmer among the girls. I really liked him, I really did. It was years later I understood what actually happened and how evil it was. Magnus had no part in this, but his parents had.

He always had friends over, they were my friends too, but they were always natives — never immigrants. We could be friends outside, but I was never invited. I was let in a couple of times after knocking on his family’s door for a long while. I was being annoying and oh lord they made sure to let me know.

They knew who I was, my heritage, my lack of belief and my name. I’m Jonas Amir Kadah. When I was young, I hated my de facto name Amir. I wanted to be Jonas. I’m Jonas. But I’m also Amir. Magnus parents made it very clear in their casual normal conversation that Arabs, Jews, Muslims, Christians, Syrians and Slavic people were utter dirt. Comments about all mentioned groups spiked whenever I was there. All I wanted to do was to play computer games with Magnus, or watch Independence Day. Me and Magnus got along very well, but his parents made sure that I wasn’t welcome in their house.

As time passes, so does friendships too. But I got it the hard way. Magnus was forbidden to play with me and our multi-culti rag-tag gang of friends. He had to select. But what really punched me in my gut was when we finished school, since I was a mish-mash of heritage I wasn’t welcome. Only the pure were invited. And what a party they had, I heard it was great. I even saw it, since we lived 200 meters apart.

In this case, Magnus is now a racist, an active member of a racist political party. It still baffles me how easy it is hurt a child just because he/she/it has a different background than the majority. It baffles me how someone actively raises children with racist retorics. They have no idea how much they miss in their life, but their loss is my gain.

The world is a baffling place. I wonder if Mars is better?