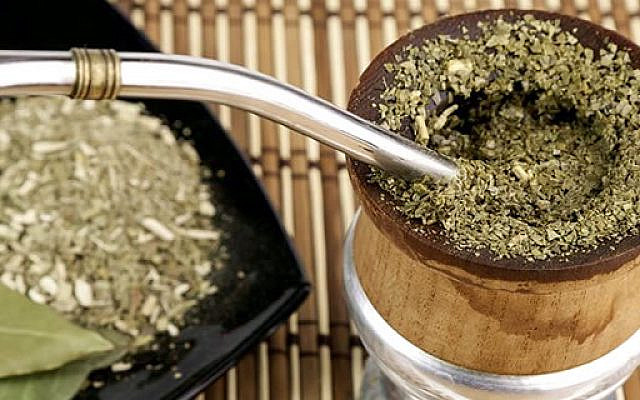 Eighty years ago, my grandfather wrote an order on August 22, 1941 to send all Jews and half-Jews from the region of Šiauliai to a ghetto in Žagarė, and within a few weeks the 2,000 Jews were slaughtered by Lithuanians and a few Nazis.

Lithuania defends Jonas Noreika, claiming he didn’t really understand what he was writing because he was translating an order from German. (No one can find that order in German.) Lithuanians say he didn’t understand what a ghetto was, that he was trying to save Jews by protecting them. (Two weeks earlier in Plungė, where he was in command, all of the Jews kept in a ghetto (a synagogue) were slaughtered.) There is also the order on September 10, 1941, that he wrote asking for the confiscation of all that Jewish property—a month before the Jews were slaughtered in Žagarė. How did he know they wouldn’t come back to claim their property if he was trying to save them? 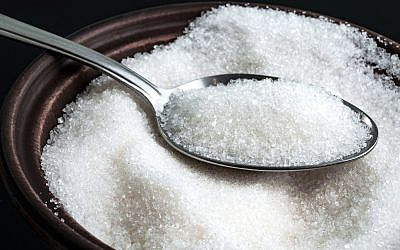 When my mother asked me to write the story of my grandfather on her deathbed in the year 2000, I only knew the sweetened version, the one where he was a hero who fought against Communists, where he died a martyr at the age of thirty-six fighting for Lithuania’s freedom, executed by the KGB in their prison.

It took me a long time to believe that my grandfather’s story was not as heroic as I thought.  As I conducted my own investigation of my grandfather, sifting through memories, sorting through the mountain of documents left by my mother, I kept asking myself, did he kill Jews? Is he a hero? What should I believe? Who should I talk to? All Lithuanians think he’s a hero, and maybe after all, he didn’t really slaughter Jews. Should I expose this story or not? Perhaps I should leave well enough alone? Or maybe my story will exonerate him? As his granddaughter, that is what I wished. But as a journalist, and as a practicing Catholic, I struggled against this fantasy.

Then there was the matter of structuring the story. How do I tell this story? Do I start at the end of his life, the point I’m most familiar with, the point from which he was most certainly heroic, or do I start from where led the genocide of Lithuania’s Jews, just a few years earlier, the part of the story that is hidden. Do I start from the day he was born? I ultimately chose to tell it as a memoir that follows my personal journey, the sacrifices I have made along the way, and the revelations of my grandfather as they came to me.

The Nazi’s Granddaughter: How I Discovered My Grandfather Was a War Criminal 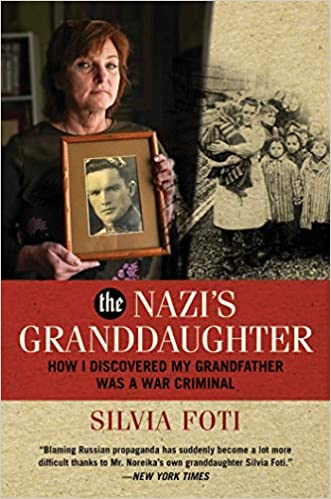 The Nazi’s Granddaughter is about Jonas Noreika, although it is also about my quest to discover the truth. How do I integrate the heroic ideological version with the evil version? Nothing had been obvious, mostly because I had ancestral filters protecting Lithuania’s reputation taught so fundamentally.

This story has had a psychological price–a redefinition of my identity and a crucifixion of my delicate ego. I have come to decide that to best understand his story–how a Jew-killer could be considered such a hero eighty years after the Holocaust–it is necessary to begin at the beginning; however, it is also necessary not to tell it chronologically, for that has its own set of hidden trapdoors.

To recreate his early formative years, I summoned a chapter from my own life, a time when I lived with Teta (Aunt) Antanina in Buenos Aires, Argentina. She was his favorite sister, older by two years, and she was also the one who introduced me to the pastime of sipping mate [mah-tey], a caffeine-rich tea prepared from steeping dried leaves in hot water. This soothing ritual takes time–hours–and is perfect for sifting through the past.

I have drunk mate often in Chicago since Teta Antanina got me hooked on it nearly forty years ago in Buenos Aires. In my kitchen at home in Chicago, while struggling with this story, I boiled water, placed six teaspoons of the mate into a gourd and positioned my bombilla, a metal tube with a strainer at one end, so that it hit bottom. After I poured water into the gourd, allowing the mate to steep a few seconds, I took my first sip. Ahhh.

It transported me to my shy years of 1984 and 1985 when I lived with my grandfather’s favorite sister. I had just earned my Master’s of Science in Journalism from Northwestern University. Before jumping into all the responsibilities of adulthood, I had decided to spend a gap year with my aunt.

That August 1984, as my mother flew with me from Chicago to Buenos Aires to get me settled, she reminded me how she lived there for seven years with her mother. When they fled Lithuania in 1944 they couldn’t get a visa to the United States straightaway. That is why I grew up listening to my mother and grandmother speak in Spanish to each other when they didn’t want me to understand what they were talking about.

Culture Shock for a Spoiled American

Everything looked so different in Argentina. When I arrived to Buenos Aires, Teta Antanina had a cracked ivory washing machine. You had to hand crank the clothes through two rollers. She had a stove that you had to light manually, a water-heater that also had to be lit and required planning before taking a shower. She had an open patio in the center of her small home with a roof made of green slats that had to be cranked open every morning and cranked shut every night. (There was no air conditioning.) She had a black and white television set that she used to watch her novellas every afternoon. Best of all, she had a roof where she hung her clothes to dry and where she set up a cot for me to smoke cigarettes and stare at the star-filled, inky sky.

I was twenty-three years old, just starting my journalism career, taking classes to learn Spanish in the morning, freelancing for Polo Magazine, the Buenos Aires Herald and Argentine News, and spending the rest of the day with my aunt, listening to stories about her younger brother Jonas Noreika. 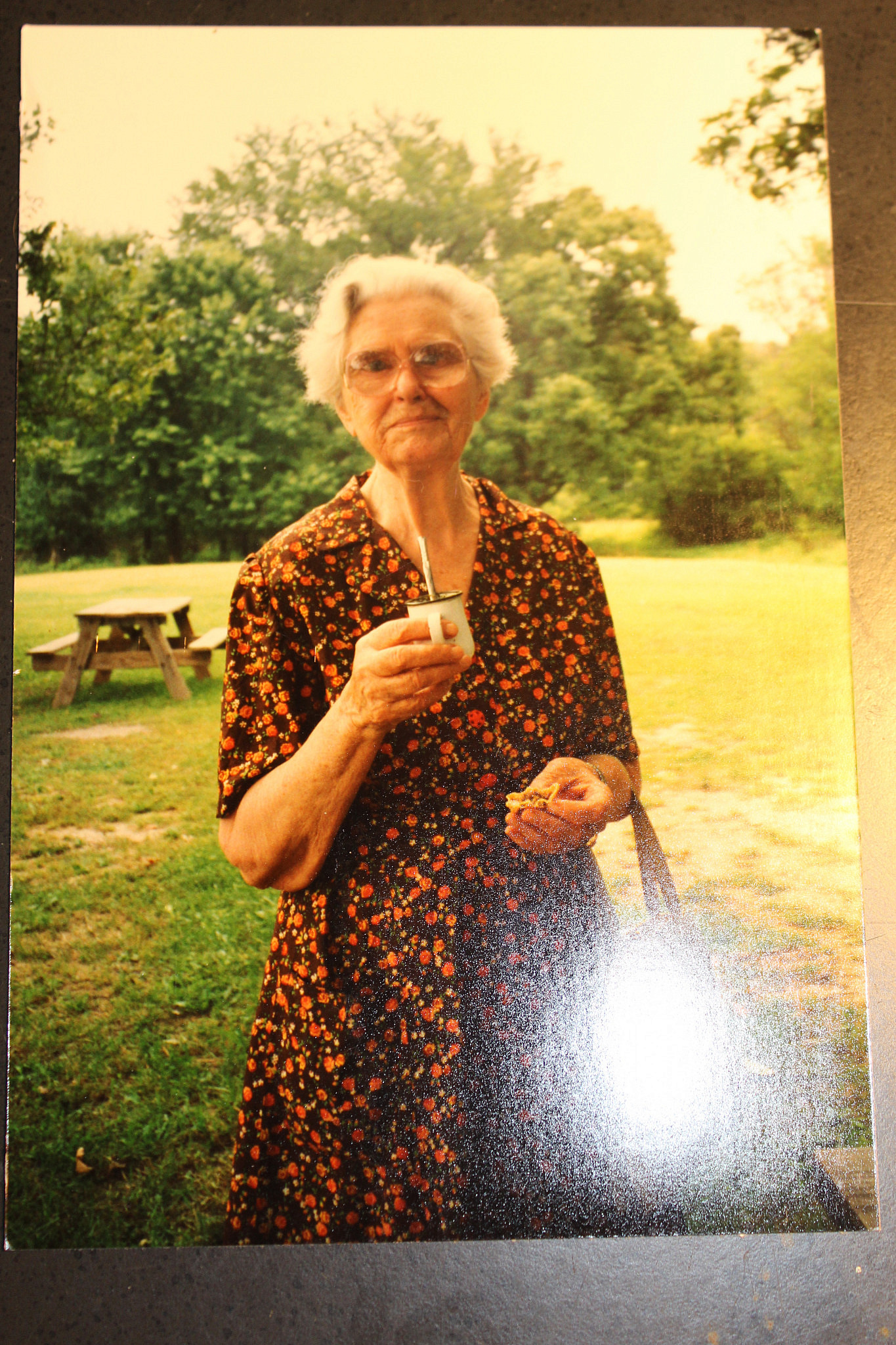 Teta Antanina had white hair, blue eyes, and always wore an apron. Everyone who knew her called her a saint, for she had the patience of one. Plus she went to church more than once a week and said the rosary every day at four o’clock in the afternoon with her husband Kostas.

She diagnosed me as someone who likes her mate amargo, or unsweetened. Eventually, we sat at her table with two gourds, one for her, and one for me. Now we passed the thermos of hot water back and forth. As she sweetened her mate, she told me stories about the old country.

My aunt’s stories were the sweet ones, the times of my grandfather’s innocence when he was too young to have done anything truly wicked.

As I look back on those days, I think I always liked to receive stories in the unsweetened version. By temperament, I always preferred the hard truths, the direct, unrefined, uncomfortable facts, which is why I had decided to become a journalist. By then, I had been trained at Northwestern University, and was taught to look for controversies in stories because that is where life is still unsettled and needs analysis. I was also told nearly every day by my professors at Medill that if people are upset with your story, you did something right. I eventually trusted them and internalized their lesson.

So many Lithuanians tell me my story is too controversial. I shrug my shoulders, provide a small, polite smile, and believe that I must have done something right.

About the Author
Silvia Foti, MSJ, MAT, MFA, is a journalist, creative writer, teacher, and mother. She is author of the book The Nazi's Granddaughter: How I Learned My Grandfather was a War Criminal, Regnery History; Mi Abuelo: El General Storm ¿Héroe o criminal nazi? Harper Collins Mexico. The book is also being translated into Lithuanian, Hungarian, and Polish.
Comments