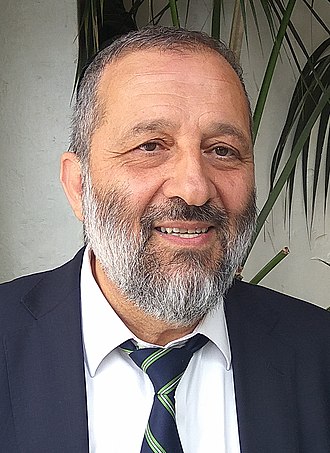 Before I came to Israel for my junior year of college, I visited my grandmother. She had made aliyah from Poland more than half a century earlier, but left after two decades to be reunited with her surviving siblings who had all migrated to New York.

Before I embarked, my grandmother imparted sage words of wisdom from Israel’s pre-state and early years of independence: “Be careful of the mosquitoes, and the Moroccans.”

While we were speaking in the 1980s, she was stuck in 1954. Her allusions were of the not-yet fully cleared swamps and other breeding grounds for malaria, and the influx of Moroccan Jewish immigrants who, by number alone, put a strain on early Israel’s infrastructure. Like any group of new immigrants, there were also social problems related to their absorption. There’s no doubt that my Polish born grandmother harbored a bit of bias as well, not relating to or understanding the uniqueness and history of the vibrant Moroccan Jewish community, and the social problems and strains on Israel’s emerging mosaic made up from the ingathering of the Jewish people from the four corners of the world.

Thankfully, I have never had malaria, and look at my Moroccan neighbors as part of the blessing of the Jewish people coming home. The odds of one of my remaining children marrying someone who is at least a quarter, if not half Sephardic (like my son-in-law) or specifically Moroccan is great, and I celebrate that. No need for worrying grandma, Israel is not perfect but its not the same place you left in 1954. Mosquitoes and Moroccans are not our problems. In fact, now we have peace with Morocco!

I thought of this story in the context of Israel’s Supreme Court ruling by an overwhelming majority that Moroccan-born Shas leader Aryeh Deri was unqualified to serve as a government minister, much less two. Based on his first conviction for which he served jail time, and then another criminal charge which he pled out, in doing so committing not to serve in public office in exchange for no jail time a second time, the court ruled that his recent appointment was invalid.

I was dismayed to hear that no shortage of Shas leaders and others blamed Deri’s being found unfit to serve as Minister on Israel’s Ashkenazi elite, rather than on his own actions and plea bargain. Deri’s disqualification is not a case of bias, but of his being a criminal.

Rather than blaming an Ashkenazi-Sephardi rift that may have been the case in my grandmother’s day, Shas’ rabbinical leaders and average voters should seek the best leaders and role models to represent them and the vital and vibrant Sephardi community in Israel, not the best operators who can work (or manipulate) the system, and certainly not ones found guilty of major crimes and convicted accordingly.

Nobody is above the law. Not former Prime Minister Ehud Olmert or President Moshe Katzav. Not Avraham Hirschson, Gonen Segev, Yitzhak Mordechai, Haim Ramon, or former MK and Minister Shlomo Benizri, Deri’s Shas colleague. And certainly not Deri, who entered a plea bargain that ensured he wouldn’t serve in public office again in exchange for a Get Out of Jail Free card.

The list of Israeli ministers, MKs, and other public officials who have been tried and found guilty, or pled to avoid trial in exchange for a lenient sentence is embarrassingly long. But one thing is for sure, it encompasses both Ashkenazim and Sephardim.

Bias, no. But we should all be embarrassed.

However some are not only not embarrassed, but are doubling down on Deri and his innocence or his “right” to serve as Minister because he was elected as head of the Shas party. They are turning him into a political martyr rather than the embarrassment he has become.

While all this is happening, a political shell game may be at hand, designating Deri as alternate Prime Minister. If it happens, the whole government is an accessory. If being a convicted criminal is not bad enough, it would be more criminal that Deri effectively become a heartbeat away from the premiership.

The night the Supreme Court overwhelmingly declared Deri is unfit for serving as a Minister, Deri declared he “is committed to continuing the revolution that our [colleagues] started with more strength and more force. They close the door on us, so we will enter through the window. They close the window on us, so we will break in through the ceiling.”

His language is thuggish and sounds criminal. Shas voters and Sephardi leaders need to ask if this is really the guy they want representing them as someone who sounds like a common burglar breaking into to someone else’s house. And if so, their votes count no less, but if Deri serving is in violation of his plea bargain for his second conviction, rather than making him a martyr, they can only blame themselves.

Prime Minister Netanyahu visited Deri’s home shortly after the Supreme Court ruling was announced. After their meeting, Netanyahu said, “When my brother is in distress – I come to him.” However sometimes, a good brother tells another when he is wrong. And a good leader needs to be responsible for the whole family, not at the expense of the one misfit sibling.

I don’t know if crow is kosher, but it seems that Shas and other coalition members including the Prime Minister, need to have a heavy helping of it. Bibi is a masterful politician, but he’s got to realize that this is one breaking and entry too far. It’s time to back down and recalibrate, not to double down and prop up someone who is not only not eligible to be a Minister, but doesn’t deserve to be one either.

About the Author
Jonathan Feldstein made aliyah in 2004, married and raising six children in the Judean mountains. He is a long time Jewish non-profit professional. As president of the Genesis 123 Foundation he works closely with many Christians who support Israel, building bridges in ways that are new, unique and meaningful.
Related Topics
Related Posts
Jonathan Feldstein