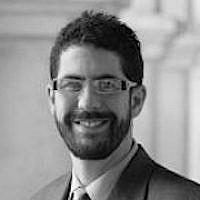 The Blogs
Joshua Levine Grater
Apply for a Blog
Please note that the posts on The Blogs are contributed by third parties. The opinions, facts and any media content in them are presented solely by the authors, and neither The Times of Israel nor its partners assume any responsibility for them. Please contact us in case of abuse. In case of abuse,
Report this post.

As I spend my last few hours in Israel during this 9-day adventure, primarily to attend a Catholic-Jewish dialogue sponsored by the Neocatechumenal Way of the Catholic Church, I look out at the Haifa Bay to the south, and Lebanon to the north. I listen to my Nava Tehilla prayers from Jerusalem and I ponder a few thoughts on what I experienced at the Domus Galilee, the monastery/seminary where the conference of cardinals, bishops and rabbis took place May 4-7th, 2015. The official title of the event was a “World Convivence of Rabbis, with the participation of cardinals and bishops.”

Interestingly, if I had been told exactly what I was going to be attending in advance, I probably would not have attended, to be honest. There was sincere discussion, but there was also a fair amount of pomp and circumstance, yet done with overwhelming warmth and love that I could feel. Jews and Catholics, from all over the world, Holocaust survivors and those that hid Jews, saying the Shema Israel. Is this conversion? No, it wasn’t. Is this a cult? I don’t believe so, no more than Chabad could be called that, which is the closest us rabbis could come to a Jewish equivalent to this group. Why were we here? Why all the secrecy? I believe that the charisma and eccentrics of the founder were the main drivers behind the oddity of this conference. I went because Rabbi Yitz Greenberg and Rabbi David Rosen of AJC were signatories to the invitation letter. I had no expectation that we would be nearly 400 people, from the all over the world, meeting in one of the most beautiful and stunning spots overlooking the Sea of Galilee, inside a sleek, modern and breathtaking campus of stone, glass, color and beauty.

In the end, though, I made some wonderful connections, both with priests and other Catholics, but also with some unusual and insightful Haredi rabbis, particularly Rabbi David Singer of Belfast. We talked in ways that I had never before spoken with any Orthodox rabbi, let alone Haredi, save for the handful of Modern Orthodox rabbis in the States I have interacted with. We spoke as colleagues, rabbis of the Jewish people, on different paths, but serving the same God, Torah and Israel. This was the most important part of the conference for me personally, even as I met some amazing archbishops and cardinals.

Europeans Catholics came to Israel in order to ask forgiveness for the Holocaust and the 2000 years of persecution that Jews have suffered at the Church’s hand, either physical violence or theological violence, which led to more physical violence. Rabbi Greenberg gave a brilliant talk on Jewish-Catholic relations, from a rabbinic perspective, which I will expound on in later post, and Rabbi Rosen gave a stirring and passionate speech about what is happening in Europe now and how this meeting was historic in its fight against anti-Semitism. Blessed by the Pope, this meeting was to serve as yet another opening and olive branch, building on the fifty years since Vatican II.

The founder and leader of the Neocatechumenal Way, Kiko Arguello, a man in his seventies, started the Way in 1964. He composed a symphony in five movements, called the “Suffering of the Innocents: A Symphonic Homage and Prayer,” based on his experience at the gates of Auschwitz, combined with his belief in the suffering of Jesus on the cross, with his mother Mary crying for him, like all mothers of children slaughtered. I still am not sure I am okay with this imagery and metaphor, but it is theirs, not mine, so I just tried to appreciate the love and repentance that Kiko was seeking to offer through his symphony, the pinnacle being the fourth movement, Shema Yisrael. As one human family, taking different religious paths, we stood together praying and hoping that the history of hatred, fear and persecution between our peoples could morph now into a more loving, respectful and prosperous future, each on our own paths, yet each trying to improve our world. As Rabbi Greenberg articulated, the Catholics have what to learn from us about religion, and we Jews have something to learn from the Catholics.

I leave now, nourished spiritually, intellectually and personally, spending time after the conference here in the Galilee, in T’zfat, hiking to the Namer Cave, and talking about life in Israel and the United States. The follow-up to the conference will be to stay engaged, share what I learned and spread a new and more positive message about the future of Jewish-Catholic relations. For this, I am grateful to the Neocatechumenal Way for bringing me, and 300 others, to Israel for this historic and important moment. May God strengthen us to share the Torah, the Gospel, of peace and harmony. And for this, dayenu, it will be enough.

About the Author
Rabbi Joshua Levine Grater has been the spiritual leader of the Pasadena Jewish Temple and Center in Pasadena, California since 2003. He is an executive committee member of the Board of Directors for T’ruah: The Rabbinic Call for Human Rights, co-founder and co-chair of AFPI, Abrahamic Faiths Peacemaking Initiative and is co-chair of J-Street's Los Angeles Rabbinic Cabinet.
Comments