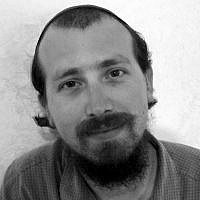 My cousin, Jewish by birth, is an American Baptist minister. We grew up together in Denver, playing in each other’s yards and under the table at extended holiday meals, seeing each other in school, losing each other’s toys. As we grew up and his family moved to the East Coast we became less close, and as I became Orthodox, moved to Israel, married and became a rabbi, he went through his own journey. He had his struggles, found answers, and came out the other side a minister in a Mainline Protestant denomination. For the last five years, which encompassed his conversion to Christianity, we were only in touch via Facebook. We had a number of ‘flame wars.’ Passions flared, beliefs were disparaged, choices belittled, legitimacy denied, feelings hurt. Then a few years passed without much contact.

Last week we had an interaction on his sister’s Facebook wall in which he mentioned that he was in Rome for a few weeks as part of his doctorate program. I half-jokingly chided that he should hop over to Israel for a visit and to my surprise he accepted, arriving a couple of days later to spend Shabbat with us. I decided that I would try not to discuss religion with him, avoiding the main points of contention.

As soon as he stepped out of the monit sherut from the airport in his black shirt and minister’s collar I knew that avoiding religion would be impossible. We are both deeply religious people who live and breathe our respective faiths all day every day. For us to have a conversation of any length without discussing religion would be like asking us not to breathe. I soon found my fears to be unfounded.

We bonded over what we shared; our search for authenticity, the seriousness with which we address theology and religious practice, our extended family and personal history. We also discussed our differences without trying to change each other’s minds.

At this point I want to make something clear. I am not a relativist. I don’t think that we are both right. As far as I’m concerned, Judaism is ‘The Truth,’ and it’s an exclusive truth. But part of what I’ve learned over the last years, in many areas of life, is that honoring the good intentions, autonomy and intelligence of someone you disagree with does not require you to agree with or approve of their choices. This is a skill, and it takes practice. I admit it was a lot harder for me three or four years ago. Thankfully he and I are both mellowing a bit as we approach the end of our twenties, and have reached a point where we can disagree without conflicting, without breaking the love and warmth we feel for one another.

By the end of the weekend I was sorry to see him go. There are some connections that tug at the heart-strings stronger than ideology, some friendships that transcend the choices we mortals muddle through in this world. In the end I’m left a bit conflicted, but generally impressed with how a real, personal relationship can reframe an issue. I still believe all the same things I did before. My absolute commitment to halachah and a traditional Jewish life is not weakened, and neither is my cousin’s commitment to his faith. But I have learned that in the context of our commitment to each other as family, as friends and as fellow human beings, these are differences we can choose to transcend.