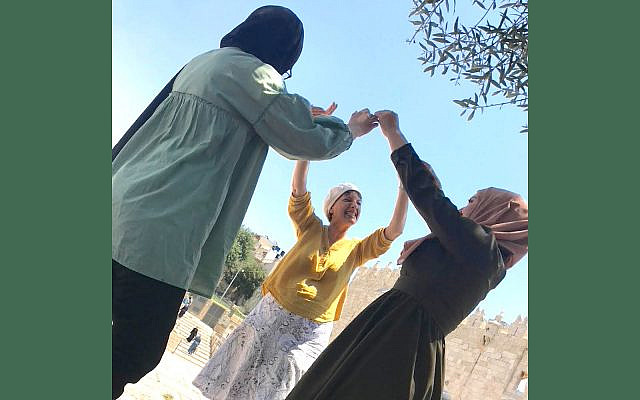 I love walking the streets and imagining the hundreds of generations of people who have walked here before me. I feel as if some of my ancestors were here and that they, too, felt the sanctity of the place. Jerusalem emanates holiness but it is also a real place, full of buildings and people and all their material clutter. Jerusalem is earthly just as it is heavenly.

I love the exoticness of some of the neighbourhoods and the sophisticated Europeanness of others. I love the chatter in multiple languages and the diversity of dress.

To me, the city is always beautiful – even the ugly bits.

I love Jerusalem most on Tisha B’Av – the day when we mourn the destruction of the Second Temple.

It has become my custom on the night of Tisha B’Av to go to Yemin Moshe to hear the scroll of Eicha read. We sit in the open air, with minimal lighting, using torches or our phones to follow the heart-rending text  that speaks of Jerusalem as a mother abandoned by her children. When we raise our eyes, there is our city – the walls of the Old City – so close we can touch it. I choose not to enter. On that night, I want to feel the sense of loss. I want to remind myself that Jerusalem is not yet “rebuilt.” Her restoration can only take place when her children return to her in love and compassion and justice and peace. 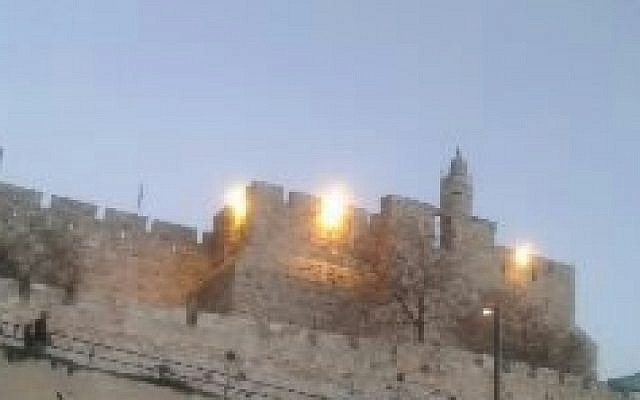 On Tisha B’Av there is oppressive heat and a sombre atmosphere. I fast, so I am hungry and thirsty. Yet I am uplifted. Jerusalem is wounded but we are tending her wounds. I feel that there is a potential for the fulfilment of the Divine promise of restoration of Jerusalem. There is mourning but there is hope – and hope prevails.

My hope is not that Jerusalem will somehow miraculously be healed. My hope is that I will be privileged to be part of the generation that does the healing. On Tisha B’Av I feel that possibility. 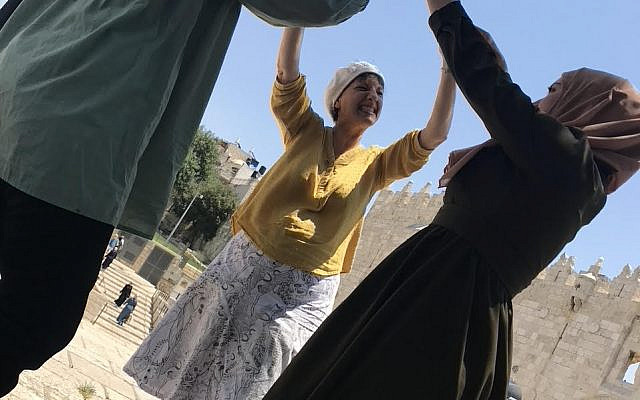 I love Jerusalem least on Yom Yerushalayim – the day when we celebrate the recapture of the eastern part of the city after 19 years of Jordanian occupation.

On that day, today, I feel that Jerusalem is tearing herself apart from inside. There is violence in the air. Jerusalem is not being soothed and restored to wholeness; she is being brutally contested, pulled in multiple directions. One group who claim to love the City march through it with proud triumphalism, celebrating our military conquest of the city and our political domination of it. Another group who claim to love the City seethe with defeat and humiliation and a desire for revenge.

Fifty five years of Israeli hegemony over Jerusalem has deepened the chasm between the Jews and other residents of the city. No day emphasises the rift more vividly.

It is not about access to holy sites. It is not even about economic disparities. Political rights and issues of citizenship are major factors. But the real issue, it seems to me, is that many people feel that Jerusalem can be “owned” and controlled. They do not love her for her sanctity and uniqueness. They love the idea of dominating her. They love the idea of control.

My Jerusalem is not mine. It is not even ours. I belong to Jerusalem. I am hers. Those who truly love her understand that.

It is my custom on Yom Yerushalayim to join Tag Meir and hand out flowers to residents of the eastern part of the City. Our message is simple: we want to share this marvellous city with all who love it – love it enough not to want to control it.  We do not “own” her; no-one owns her. Jerusalem is above ownership. She is our mother, crying over her feuding children, longing for peace and justice.