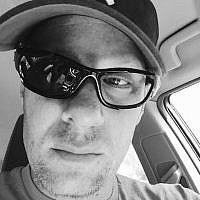 The Blogs
Jeff Pearlman
Apply for a Blog
Advertisement
Please note that the posts on The Blogs are contributed by third parties. The opinions, facts and any media content in them are presented solely by the authors, and neither The Times of Israel nor its partners assume any responsibility for them. Please contact us in case of abuse. In case of abuse,
Report this post. 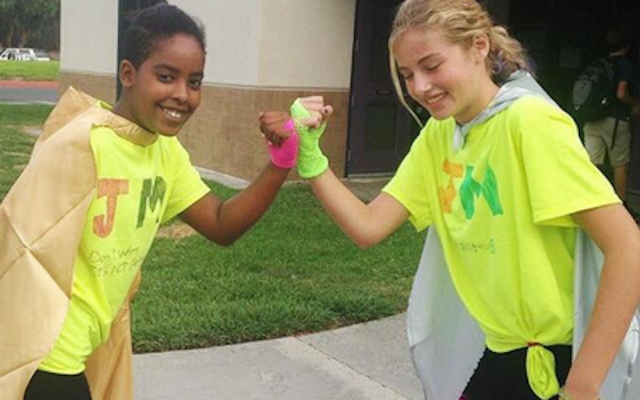 My daughter is Jewish. Her best pal is Muslim. For Halloween they created a superhero team: The Juslims. I've rarely been more proud. Truly. pic.twitter.com/zqPCCwzshR

This is my daughter on the right, and her pal on the left.

My daughter is being raised Jewish.

Her pal is being raised Muslim.

For Halloween, they recently decided to be the Juslims. This was not a political statement or a social statement or a stance on the presidential election. They weren’t doing it in the name of religious pride or America’s diversity or equality for all.

Nope, they decided to be the Juslims simply because it was funny.

And, as the above Tweet seems to gain more and more re-tweets and likes by the minute (23,000. 36,000), I hope the point isn’t lost. My daughter and her pal are, simply, friends. They talk about music and clothes and scary movies and boys and school. They are two people who moved to Southern California in the same month two years ago, and they share a bond. That’s it. That’s all. No deep religious debates. No conflicts over prayer or the meaning behind ancient texts.

Hell, the same goes for me and the wife and the parents of my daughter’s friend. We’ve formed a similar bond, also over geography and interests and having children of the same age. Not only is there no mistrust or conflict over religion—there’s not even the hint of mistrust or conflict. We’re all just people, trying to work our way through this world.

Despite what we’ve been hearing late in the national dialogue, there need not be this division based upon skin color, based upon place of birth, based upon … trivial bullshit.

Jeff Pearlman is the New York Times best-selling author of seven books. His new release, “Gunslinger: The Remarkable, Improbable, Iconic Life of Brett Favre,” is available now. Jeff is a former Sports Illustrated senior writer, a former ESPN.com columnist and a former staff writer for Newsday and The (Nashville) Tennessean. Check out his delightful blog. Buy his latest book.