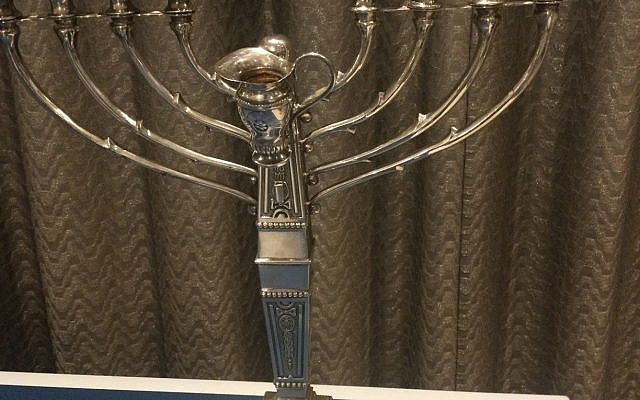 Of course, we are not supposed to personally benefit from the Chanukah candles as they glisten on our windowsills. Yet, we are meant to appreciate their light and remember the miracles they commemorate. One can also admire the silver menorahs, often intricate and exquisite, that hold these flickering flames.

Yet, I look at my Chanukah Menorahs with wonder, not just about their beauty, but with a particular concern. I am always puzzled with the question that plagues all collectors. Is this item genuinely what it claims to be, or is it a deliberate fake?

One Menorah in my collection is a small brass object. As you can see from the photograph here, it is admittedly not very attractive. Its interest lies in the inscription scratched on the back: “Presented to the Great Synagogue London in memory of my beloved wife Esther 17.11.1940”. 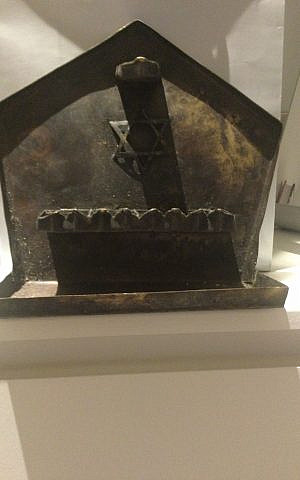 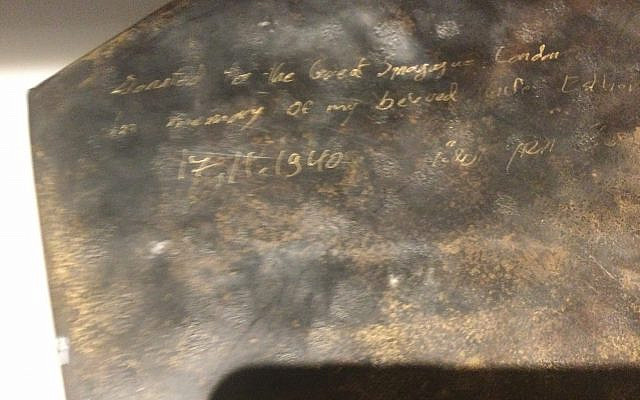 This dedication was exactly six months to the day before the Great Synagogue was destroyed by German bombing on 17th May 1941. Indeed, the Menorah is rather blackened by apparent smoke damage, as if it was saved from the burning synagogue. But here looms that disturbing question. Was this Menorah really dedicated six months before the bombing, and victim to its destruction, or did some enterprising forgers add the inscription to make the nondescript Menorah more interesting and valuable?

I was inherently suspicious. On a previous occasion, I was offered a Rabbi’s chair supposedly saved from the burning Great synagogue which turned out to be from a synagogue in Newcastle! The chair had no synagogue name marked on it so it’s attribution could have been a genuine mistake. But the Menorah, if my suspicions were true, would have been a deliberate forgery.

In the end, however, I take solace from the fact that I bought it at a reasonable price. Why would a forger have bothered to involve himself in it if it was sold on at such a low price, I thought.

On another occasion, I came across a silver Menorah in an auction. It was inscribed with a message to Prime Minister Margaret Thatcher from the UK Lubavitch Foundation. Again, I wondered, was this genuine or fake? Fortunately, searching on Google, I found a photograph of several Rabbis presenting the exact Menorah as a gift to Mrs. Thatcher. So, it was genuine, and worth battling the fierce competition in the auction to acquire it for my collection. 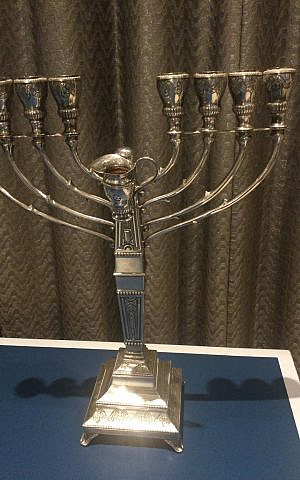 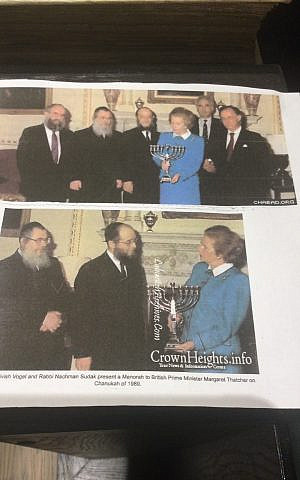 So, besides the bright candles symbolising the Chanukah miracle, I always tend to find myself gazing at my Menorahs with an added intrigue and fascination.

About the Author
Professor David Latchman, CBE, is a leading UK academic, author, and philanthropist, and currently holds the position of Vice-Chancellor of Birkbeck University of London, having led the university since 2003. Latchman holds First-class Honours in Natural Sciences, a MA, and a PhD, and has completed a three-year post-doctoral fellowship at Imperial College London. He also has a DSc (higher doctorate) from the University of London.
Related Topics
Related Posts
David Latchman