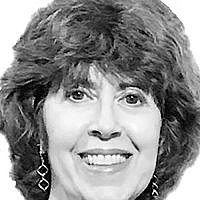 The Blogs
Marcia G. Yerman
New York City based writer
Apply for a Blog
Advertisement
Please note that the posts on The Blogs are contributed by third parties. The opinions, facts and any media content in them are presented solely by the authors, and neither The Times of Israel nor its partners assume any responsibility for them. Please contact us in case of abuse. In case of abuse,
Report this post. 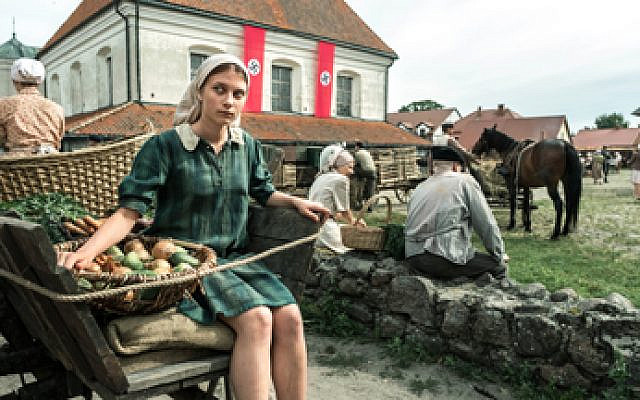 “My Name is Sara,” which opens nationally on July 22, is based on the life of Sara Góralnik (1930-2018), a pre-teen Jewish girl who passed as a Christian during World War II. It was produced in association with the USC Shoah Foundation.

It is presented in the tradition of “Europa Europa,” as each film chronicles Jewish youngsters who must hide their true identities to outlive the Holocaust and the madness around them.

Director Steven Oritt has employed an approach that is universalistic while also being specific.

Most of the narrative takes place on a Ukrainian farm. Scenes of the larger community, including the town center, feel particularly relevant in the context of the current war. The Ukrainians are abused by German and Russian forces. Partisans, who justify their actions with a righteous cause, are no less cruel.

Casual brutality abounds within various hierarchies entrenched from the bottom to the top—people over animals, men over women, Ukrainians over Jews, and soldiers over civilians. Control remains in the hands of those with the most power until history steps in and precipitates a shift.

The story unfolds in the fall of 1942 as Germany pushes through Poland and Ukraine on its way to crush the Soviet Union. Poland had been under Nazi rule for fifteen months, when Jews were rounded up and executed. Many escape to the forest, joining resistance fighters or going it alone.

Before the Korets ghetto is liquidated, Sara and her older brother Moishe are instructed by their mother to “survive at any cost.” After crossing the Korchyk River, the siblings discuss why Moishe’s physical appearance is a disadvantage to a joint journey. Blue-eyed, light-haired Sara can pass as Christian. Moishe cannot.

While her brother is sleeping, Sara decides to go on independently.

The film’s color palette is critical to setting the emotional mood. The introductory sequences in olive greens and browns present visuals of a forest in an unenchanted fairy tale. The cinematography reflects both ominousness and beauty, whether it is a vision of birch trees, snow, or fields.

Sara encounters two Ukrainian men harvesting hay and informs them that she is looking for work. “Jew?” she is asked. It is a question that will repeatedly be posed to her.

Not needing help, they drive her to the home of the older man’s brother, Pavlo. He has two young children who need care. He is married to a younger woman, Nadia, who has secrets of her own. They are dubious about Sara’s origins. Nadia comments on her “Jewish earlobes.” She probes, “Are you a Jew?”

Taking on the persona of a Ukrainian school friend, Sara identifies herself as Manya Romanchuck. Nadia doubts the backstory of a harsh stepmother. Still, Sara is accepted after demonstrating she knows how to make the sign of the cross. The arrangement is food and lodging in exchange for labor. Nadia remains openly hostile, even as Sara proves she can recite Christian prayers with ease and eats what is supposedly pork.

Pavlo and Nadia’s marital dynamics are freighted with history, infidelities, and subterfuge, another element that adds to the instability of Sara’s situation.

First-time actress Zuzanna Surowy, as Sara, is a revelation. Whether crying in the outhouse (the one place where she is safe from observation) or inventing answers in precarious circumstances, Surowy embodies quiet strength and intelligence behind ever-watchful eyes.

Sara sleeps in the barn, where she has recurring dreams of her family life in Korets. The flashbacks fill in viewers with insights into her upbringing. Her mother instructed her to say the Shema if she ever thought she was about to die. One day, her young wards hear her reciting the prayer while she is napping. After that, Sara sleeps with a strip of material stuffed in her mouth.

On an errand with Pavlo, Sara witnesses a group of Jews on the roadside, stripping off their clothing. They are about to be killed. Posters attached to trees warn, “Anyone who shelters Jews or partisans will be immediately executed.” That threat is shockingly evidenced when Sara and the family, traveling in a cart, pass under three hanged bodies dangling from a tree limb. Looking back, Sara sees signs on their chests stating, “I hid Jews.”

Visiting the town, where buildings are draped with Nazi flags and filled with soldiers, also presents a danger to Sara. When local women casually inquire where she is from, her reply of “Korets” arouses suspicion. “Lots of Jews there,” is the retort.

Throughout the film, animals serve as symbols of innocence who are slaughtered or overworked, existing without agency. Wild rabbits caught in traps serve as a metaphor for survival. Everyone is trying to stay alive, which means someone becomes the aggressor while another becomes the victim.

When wandering in the woods, Sara finds a stash of weapons airdropped for local partisans. A young man who had been part of a raiding party on the farm appears. Sara asks to join the group. He notes, “It’s not so easy to kill another human being.” Sara bitterly replies, “It must be. If it wasn’t, why is the world filled with so many dead bodies?

Embedded with the family, Sara is subjected to the same violence from the Germans and Russians as the Ukrainians. However, in one of the most intense incidents, she has a shocking experience that underscores the reality of her predicament.

At a Malanka New Year’s Party, the traditional festivities feature revelers masquerading in costumes that resemble a James Ensor painting. Included are a bear, a goat, a maiden, and others. It seems harmless fun until the question arises, “Who will play the Jew?” Sara tightly smiles until Nadia thrusts her front and center and announces, “There is the Jew!”

In a quick cut, we see Sara from the rear, emerging from behind a curtain. The scene is perceived from her gaze, looking out through the slits of a grotesque mask. It has a fur-trimmed hat, large hook nose, black beard, and side locks. “He” is instructed to point menacingly at the crowd of partygoers who encircle him before he joins the procession of characters walking through the village.

The sequence encapsulates Sara’s journey: a Jew impersonating a gentile impersonating the stereotypical Jew–destined to be an outsider.

Soviet planes bomb and destroy the farmhouse, and after years of living a double life, Sara reveals her true identity to Pavlo and Nadia. She sets out to find her way back to Korets to see what remains of her past.

The end notes inform viewers that Sara married a Jewish survivor of Korets and came to the United States in 1949. She had three sons and four grandchildren.

Ironically, it is through the ear-shattering scream of “I am a Jew!” that Sara secures her ride to freedom.

About the Author
Marcia G. Yerman is a writer based in New York City. She writes profiles, interviews, essays, and articles focusing on women’s issues, human rights, Israel/Palestine, politics, culture and the arts. Her work has been published by the New York Times, AlterNet, The Raw Story, Huffington Post, Women News Network, Truthout, The Women’s Media Center, as well as other outlets. She has verticals at Daily Kos, OpEdNews, and Medium. Her articles are archived at mgyerman.com. Find her on Twitter at @mgyerman.
Related Topics
Related Posts