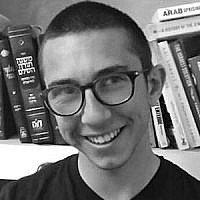 I see a lot of people posting about distancing themselves from the perpetrators of the acts of terror over the past day. I’d like to take the opposite approach.

Like Yishai Schlissel, I’m a proud religious Jew, and like the murderers and perpetrators of the most recent price tag attack, I’m a proud Zionist.

Personally, I see, if not daily then weekly, the homophobia and racism that is accepted in our community. To call someone gay is a valid insult, and to jokingly talk about death of Arabs is laughed at as a good joke. These all too frequent incidents are far cries from calls to violence, and yet they’re taken to extremes that we saw the ramifications of over these past 24 hours.

I think we, as a community, should take responsibility. By the next Jerusalem March of Pride and Tolerance, there will be no acts of terror from us, and hopefully the entire march will be rendered moot.

About the Author
Binny is originally from New York but made Aliyah at the age of 14 to Jerusalem where he attended Yeshivat Chorev. Binny then skipped 12th grade to attend Machon Lev where he was able to start his degree in Software Engineering. Binny cut that short to study in Yeshivat Har Etzion where he was for one year. After his year in yeshiva, he entered the work force working in web development, and now works in the cyber defense sector.
Comments