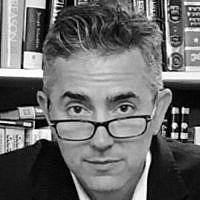 The Blogs
Avi Ciment
Apply for a Blog
Please note that the posts on The Blogs are contributed by third parties. The opinions, facts and any media content in them are presented solely by the authors, and neither The Times of Israel nor its partners assume any responsibility for them. Please contact us in case of abuse. In case of abuse,
Report this post.

Like too many before you,  you have chosen to air your laundry to the public and as an American, I have no problem with that. But when much of what you say is not accurate, and you give the wrong impression to the world about Orthodox Judaism, as a God-fearing Jew, I have a big problem with that. And as it turns out, I’m not alone.

You aren’t the first person to have a grievance with the Jewish community, and you won’t be the last. Many of us have dealt with abuses, hypocrisy, bad parenting, or perhaps a horrible rabbi or rebbe. Yet we also choose to deal with our demons amongst close friends, family or a therapist. But never in public, unless of course, it will prevent further abuses. Why? Because not everything we do necessarily needs to be made public.

In case you forgot it, we are members of an already envied (or worse) group. What could possibly be the good in showing off your umpteen millions of dollars — along with your thousands of pairs of designer shoes — that adorn your already bustling closet? Do you think people are going to have a warm, positive feeling about Jews after seeing your gross display of wealth, especially in this climate virulent antisemitism?

You know tznius — modesty —  is a lot more than not dressing inappropriately. It’s about the way we act, and the way we carry ourselves. Think about that when you’re driving your Bentley and bragging about your lifestyle while millions live below the poverty line. And I’m not even getting into the clothing — or the lack of it — that you choose to showcase. You know, you can be beautiful in the secular world  without dressing in such a suggestive way. Think Kate Middleton.

What’s worse, you are presenting a false narrative regarding Torah Judaism. I’m sure that many of the things you endured were less than perfect to say the least and I’m sorry for that. But to take your horrible experiences and castigate an entire religion — your own no less —  defies good conscience. To make matters worse, you choose to share it in a public forum, perpetuating an immense chillul Hashem.

And it doesn’t just stop at that. You proudly and openly try to dissuade your own children from trying to live a wholesome, religious Torah lifestyle? It seems that your anger and hatred of anything traditionally Jewish trumps your better judgment as a parent who wants the best for their children. I actually met Jewish people who were practicing atheists, yet when one of their children wanted to learn Torah in yeshiva to learn about her heritage, her parents happily acquiesced. Why? Because they wanted to be fair allow their child to formulate her own opinions about Judaism, regardless of their own positions.

You denigrate so many of the beautiful mitzvot in the Torah, and worse you have a following of people who actually believe that what you’re saying is accurate — when it is anything but. You disregard the Shabbos yet I, along with close to 600,000 people — happily celebrate Shabbos weekly — for close to 3,500 years and I for one cannot think of a greater gift that God has given the Jewish people.

You lament that Jewish women are forced to cover their bodies and need emancipation.

I see a properly  dressed woman as the ultimate pinnacle of beauty — a true woman of valor — whose outside and inner beauty become one with Hashem. We understand that showing ones physical assets is the wrong way to engage in the world. What’s worse, when you dress in an improper way, the only thing people find attractive about you is literally skin deep.

When I originally decided to write this letter, my wife said it would be nice to have a woman’s perspective on this issue. I couldn’t agree with her more and not surprisingly, I came across so many proud Orthodox Jewish women who share the sentiment.

This one was posted by Eve Levy on Facebook.

“I think I need my own TV series called “My Orthodox Life”.

Netflix, move over, you are focusing on the wrong stories.

Not all of us have been filled with trauma and abuse.

Not all of us have been filled with trauma and abuse.

Not all of us are running away.

I absolutely LOVE being an Orthodox Jewish Woman.

I choose to live this way.

Every single day I fall in love with it and choose it all over again.

It’s a beautiful way of life.

No one is forcing me to do anything.

I don’t feel stifled or held back in anyway or ‘barefoot and pregnant in the kitchen’ like the world makes us out to be.

I feel liberated and empowered and enlightened.

Being an Orthodox Jewish woman guides me in living my best life. From how I talk, walk, dress, pray, eat, work, give, connect, mother my kids, be the best wife, daughter, friend…

I’m sorry the world only gets to see and hear about the unfortunate stories. I guess that’s what sells in Hollywood.

I am connected to thousands of other modern, educated, worldly, rockstar Orthodox Jewish women who feel just as passionate and inspired as I do about the lifestyles we choose to uphold.”

About the Author
Avi is a regular contributor to the Jewish Press for over 10 years with over 50 articles to date and two books as well. He teaches Jewish outreach throughout South Florida.
Related Topics
Related Posts
Comments