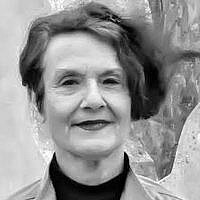 The Blogs
Navah Harlow
Apply for a Blog
Advertisement
Please note that the posts on The Blogs are contributed by third parties. The opinions, facts and any media content in them are presented solely by the authors, and neither The Times of Israel nor its partners assume any responsibility for them. Please contact us in case of abuse. In case of abuse,
Report this post. 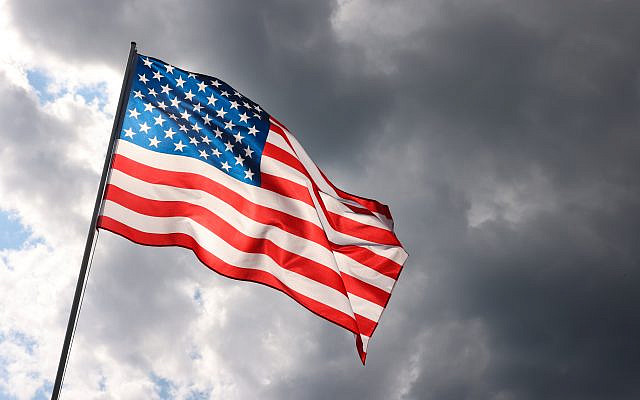 And I began to muse…

And these are the musings I shared with our Minyan :

I recalled my Aunt Oudie, my mother’s sister, who was a first-grade teacher in Lynn, Massachusetts.

She loved her work, she loved her pupils, and often said, “If I teach a child to read, I know that I have set them on a course to help them succeed in Life.”

But then she began to think about the parents of her students. Lynn was a melting pot. A shoe factory town, near Gloucester, a fishing town. Immigrants from Greece, Italy, Portugal and Eastern Europe lived side by side.

My Aunt Oudie decided she had to worry about the parents of her first graders and began to teach, what was then called Night School—naturalization classes. And she taught adults to prepare for their naturalization, to become citizens She encouraged them, nurtured them just as she did their children and accompanied them to the day they became citizens of the United States.

Coming before a judge to gain citizenship surely was a daunting experience.

The story is told in Sioux City that when a Mrs. Greenberg had completed her naturalization classes and was going to appear before the judge, she was terrified, sure that she would forget everything that she learned. The first question asked of her by the judge put her at ease. “Do you know the name of the President?”

Her face lit up, she smiled and proclaimed, Yes…Sam Lipman!

I then began to muse about my father, Cantor David Chasman. After his death, in going through a folder of his most important and cherished documents, I found an exercise book that contains his homework for his naturalization classes and English language class.

This was a man who read Bialik and Tchernechovsky in Hebrew, Tolstoy and Dostoyevsky in Russian, great Yiddish literature, attended the Kiev Conservatory of Music and taught me a Russian translation of an aria in Verdi’s Aida…and he was writing: I go, I went, I will go…. I catch, I caught, I will catch……

One assignment was to compose sentences of words that end in “ less.”

An uneducated man is thoughtless

To insult a government officer is lawless

When I arrived in this country I was helpless

He saved that exercise book along with his other most precious documents….

And I remember how, on each Election Day he and my mother, dressed perfectly, went early to the polls to exercise their right and responsibility and privilege as citizens of the United States.

And then my musings took me to my Elementary School in Malden Massachusetts, standing in my second-grade classroom, beginning the day each morning with a Salute to the flag.

Placing my hand over my heart and proudly reciting:

I pledge allegiance to the flag, of the United States of America,

and to the Republic for which it stands
One nation, indivisible, with liberty and justice for all.

And so my prayer for the United States today is that we all soon are able to recapture the pride and confidence of the second grader, her Aunt Oudie’s countless students, Sam Lipman, and Cantor David Chasman, the confidence In being a citizen of the United States of America, one nation, indivisible, where liberty and justice for all abounds.

When I shared my prayer with friends now living in Jerusalem, who made Aliyah more than 50 years ago, they confirmed my feelings. The divisiveness that we now feel in the United States, they feel in Israel. Hopes and dreams of immigrants in both countries are being tested. They want to hold on to the vision that brought them to Israel just as we yearn to hold on to the dreams and hopes of our parents and grandparents who came to the land of Freedom, Liberty, and Justice for all.

About the Author
Navah Harlow is the founding director of the Center for Ethics in Medicine at Beth Israel Medical Center in New York City.