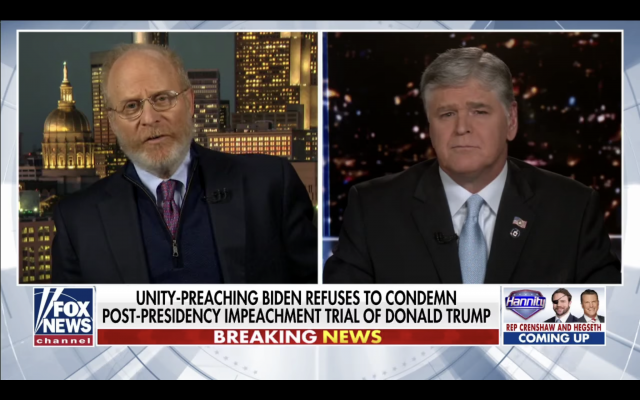 In 1976, when I was a junior in high school, the last thing I wanted to do, ever, was going to the prom, but I was peer-pressured into going when a bunch of senior boys surrounded me and told me that their friend, David, was going to ask me to be his date and that if I didn’t say yes I’d crush him.

Two weeks later, David showed up at the door wearing a turquoise tux with a blue ruffled shirt and driving his mother’s enormous powder-blue Lincoln Town Car. He then took me to dinner at a fancy restaurant–just the two of us, which was how it was done back then. David was so shy and so nervous that he couldn’t say more than a word or two without breaking into a sweat, not a good look if you’re an eighteen-year-old red-head in a bright turquoise suit. To fill up the silence, I babbled on moronically. A million years later, when we got to the Prom, I found my best friend, threw my arms around her, and told her not to leave my side.

And guess what? More than forty years later my prom date, David Schoen, is representing Donald J Trump at his upcoming Senate trial. I’m not even sure I knew he was Jewish when I went with him to the Prom, but he now identifies as modern Orthodox, wears a kippah publicly, and in addition to his latest client, he’s also represented such luminaries as: “the reputed boss of one of New York’s so-called five Mafia families in a racketeering murder case; man alleged to be most powerful Italian Mafia figure in the world in a racketeering murder case; alleged leader of the so-called Russian Mafia in America in a narcotics case,” and Roger Stone.

I’m not a lawyer, but I’m married to a law professor, who not only blames me for traumatizing my prom date by ditching him at the prom but who has also pointed out what most people already know: everyone, including bad guys, deserve decent legal representation. More to the point: is there a criminal defense lawyer on the face of the planet who would turn down such a huge and star-studded case?

Two major points here: first, my prom date has obviously overcome his teenage shyness. Did you happen to catch him on Hannity? (I didn’t either, but then I googled it). Second, has my prom date grown up to be a Court Jew? And if so, is there even such as thing as a Court Jew in modern-day, multi-ethnic, messy and still reasonably democratic America?

A brief history: in the bad old days of hideously anti-Semitic Europe, when most Jews, barred from almost every profession other than cow-trading, were paupers, a special class of Jewish bankers emerged who served various, mainly German princes, mainly to finance wars. Canon law prohibited Christians, but not Jews, from loaning at interest: hence the niche market for Jews alone.  In return for providing loans, these so-called “court Jews” got goodies in return: a nice place to live, a promotion to the nobility, bling. They also faced exile or even execution if the noble personage to whom they’d provided financial backing died and therefore could no longer protect them. But given the choice between wretched poverty and a comfy house in one of the best neighborhoods in Berlin, I’d probably choose to kiss tuchus too.

I’ve been re-reading Amos Elon’s masterful history of German Jews, The Pity of It All, which recounts three centuries of the Jewish struggle to gain equal rights as full citizens in the German state. Under Bismarck, who enacted a unified, federated German state from what had been twenty-six separate kingdoms, duchies, principalities, and other territories, Jews were at long last emancipated. For the majority of German Jews, that Bismarck also unleashed ecstasies of jingoism along with the forcible annexation of Alsace-Lorraine was beside the point. Most pushed their liberal ideals to the back burner in exchange for what they then reckoned would be full-membership in the newly united Reich.

The few who pointed out the latent fascism in Bismarck’s militarized empire were sidelined, bullied, and accused of harboring “dual loyalties.” (An oldie but a goodie.)  After which followed a European stock market crash and a stubborn, long-lived recession, for which Jews were blamed as leeches and power-hungry parvenus. And what did Bismarck do to push back against rising and increasingly vile Judeophobia, slander, and scapegoating? Nothing. It was better for him politically to let the Jews absorb the blows. Eventually, things improved again, so much so that Jews in both Germany and the Austro-Hungarian empire enjoyed more than two decades of safety and satiety. Then came the Great War, followed by Hitler.

But America isn’t Germany, then or at any time, and Jewish immigrants, including my own German-Jewish ancestors, didn’t have to fight for their rights so much as learn how to balance being both American and Jewish. Admittedly, they also had to contend with all kinds of nonsense that made some Jews embarrassed to be “too Jewish” and kept other Jews out of the Ivy League. Distressing, but nothing compared to what their European and Russian ancestors had suffered.

This brings me back to Court Jews: those who advance themselves by serving authoritarian and typically far-right power. Does America harbor such Jews? Depends on how you look at it.  Historically, court Jews trashed their own better angels for advancement. Is this what, for example, both Jared Kushner and Steven Miller did when they served a president unrestricted by facts? A more nuanced question might be on the subject of why a Jewish citizen of the United States would choose to serve exactly the kind of power that invariably and at the very least tips its hat to anti-Semitic tropes when there is no material benefit from the arrangement that can’t be found elsewhere.

But like Bismarck before him, Trump continues to appeal to some Jews not as an anti-democratic would-be strong man, but as a protector of Jews. In Trump’s case, his alignment with Bibi’s hard-right policies convinced some American Jews that Trump is “good for Israel.” Suffice to say that I don’t see it that way. So the man had nice things to say about neo-Nazis and failed to mention Jews on International Holocaust Remembrance Day, flanked himself with two openly anti-Semitic evangelical pastors, Robert Jeffress and John Hagee, while signing an executive order to reputedly fight antisemitism on college campuses, and told an audience of Jews that they had to vote for him because Democrats would increase their taxes (anything for a buck!) and so on. It’s Bismarck and the Jews all over again. Only this time, instead of antisemitic riots, we’ve only had a mob storming the capitol.

But that was so last week. This week America will be treated to the spectacle of Trump’s defense lawyers, one of whom is my former prom date and a publicly identifying Jew, defending Trump in the Senate. A shonde fur die goyim if ever there was one.

Only maybe not. Maybe my prom date, like so many others, is convinced that no matter what his other faults might be, Trump’s policies were good for Israel. Or maybe he can’t resist the lure of the seriously big time. Or maybe it’s the challenge of a lifetime. Or maybe he’s just doing his job.

I don’t know. I will say this, though: it’s never a good idea to be peer-pressured into going to the Prom.

About the Author
Jennifer Anne Moses is the author of seven books of fiction and non fiction, including The Man Who Loved His Wife, short stories in the Yiddish tradition, to be published on March 1. Her journalistic and opinion pieces have been published in The New York Times, The Wall Street Journal, The Washington Post, the Chicago Tribune, The Atlanta Journal Constitution, The Newark Star Ledger, USA Today, Salon, The Jerusalem Report, Commentary, Moment, and many other publications. She is also a painter.
Related Topics
Related Posts
Comments