I woke up this morning to a grim reality. Of  all the recent terror attacks by ISIS, the present one in the  synagogue and  community center in Copenhagen, is one closest to me personally. This is the community in which I grew up. This is the community in which my son, Yair, is serving as its Rabbi, and is now living  with his family, my daughter-in-law and my grandchildren. They are living on the site that was attacked, at which my brother serves  as  Director General.

It’s a difficult day. As attacks grow closer to home, it hurts more and it’s harder to stop the tears. From Jerusalem, I send my condolences to Dan Uzan ‘s ז”ל family, a charming young man who was murdered while voluntarily guarding the bat-mitzvah celebration, which included  many guests, and the entire community.

The answer to this type of terror includes two tracks: the one – waging a war against ISIS wherever they are. The other, defending  civilization and life within it. We will continue to flower and to bloom. We will not hide. We will not run away, and in parallel, we will not stop our efforts to conduct a dialogue and to build coalitions with the world around us, including with Islam. This is the only way to  isolate from within us those who identify with the insane messages of ISIS, El-Kaida and the like.

At this moment I am putting out a joint press release with Sheik Abdullah Nimer Darwish, the founder of the Islamist Movement in Israel. In our joint statement  we emphasize  that those who carried out the attack are not only our enemy. They are the enemy of G-d, the enemy of mankind and the enemy of Islam as well. We are determined to continue together to isolate and eradicate this insane terror and continue together to strive for a better world.

Like in France, this attack, as well, was an attempt to harm the general civilization, and the Jewish life of which it is a part. The Jewish community in Copenhagen is proof of the strength that comes from being connected to the general environment. Historically, this is a community that was saved during the Holocaust because it did not exist in isolation,  and always had ties with its surroundings. This is the secret of its strength. Being connected to the community at-large and to the general civilization is a recipe for a good and healthy society, both for society in general and the Jewish community. 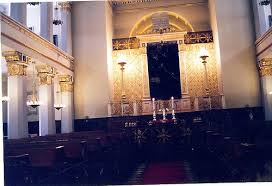 Therefore I am sure this strong community will pull through, despite its grief.