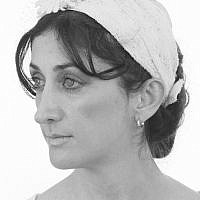 The Blogs
Gina Shaffer
Apply for a Blog
Please note that the posts on The Blogs are contributed by third parties. The opinions, facts and any media content in them are presented solely by the authors, and neither The Times of Israel nor its partners assume any responsibility for them. Please contact us in case of abuse. In case of abuse,
Report this post. 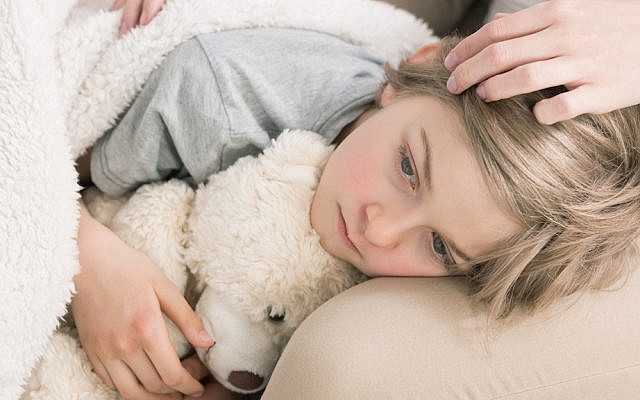 “Am I going to die, Ima?” my 8-year-old son asked me when his hair started falling out. “I don’t want to die.”

He had already gone through two months of hell. Brain surgery to remove a tumor that resulted in posterior fossa syndrome leaving him unable to walk, support his head, lift his arms or even speak for the first six weeks. He hadn’t realized how unbelievably far he had come to even get to the point of asking me any question at all. He was climbing mountains everyday and yet, whatever I said to him, he kept on repeating the same statement “I don’t want to die.”

And then we met our doctor. After a particularly traumatic chemotherapy session, Dr. Iris sat down next to Ro’i and spoke to him. She first and foremost spoke to him — not me, his mother, but him. Once our talk with Dr. Iris had finished, he was disconnected from his port and ready to go for his daily dose of radiation. He turned to me and said, “Ima, I’m happy.”

“Why are you happy?” I asked expecting him to tell me that he was happy to be disconnected from the needle and to be finished with chemo for the day.

Instead he said to me ”Because I’m going to get better.”

I couldn’t believe this was the same child who for days on end had said he didn’t want to die. He has never since repeated those words to me.

That, however, is not to be. The only hospital in the Jerusalem area that has a fully equipped pediatric hematology-oncology ward is about to fall apart. This ward, which we became acquainted with 12 years ago when my niece was treated there, is a ward like no other I’ve seen. The nurses are like sisters to the parents and like aunts to our child — and the doctors are the guardian angels. These doctors, who took a medical oath to protect and offer children the best medical service they can, want to carry on doing that. Unfortunately the management doesn’t agree with them on what the best way is. With a push to combine the adult bone marrow department with the pediatric bone marrow department, and increase medical tourism to Hadassah, the pediatric oncologists could not morally continue to offer treatment to our children — knowing this move would put seriously ill children at an even higher risk.

What about going to a hospital in central Israel? Shneider and Tel Hashomer offer top pediatric oncology — to most of Israel. Do they really have the capacity to absorb even half of the kids from Jerusalem?

And what about these children from Jerusalem? I can’t imagine taking my 8-year-old son to Tel Aviv! He already has a hard time in the car making the journey to Hadassah from our house in the Katamon neighborhood, moaning with every bump on the road. How on earth will he manage an hour or so journey to the center, in bumper to bumper traffic. Or in the middle of the night, if he God forbid has fever and is already not feeling well? When he’s throwing up every five minutes?

We already spent almost a month in Ichilov Hospital at the beginning of this tsunami that has taken over our lives. Traveling from Jerusalem to Tel Aviv (and that was without a sick child in the car) was hard enough. Leaving our three other young kids at home for days on end was gut wrenching. And unfortunately we are not talking about a month of treatment left.

The kindness, the patience and the warmth emanating from all the staff at Hadassah’s pediatric hematology-oncology ward is encompassing and exudes safety. It is more than a tragedy that this has to come to an end. It is a “busha le’medinah,” a stain on the State of Israel, that petty politics and disgusting egos have been allowed to put money first and put children’s lives at such a great risk. Every effort should be made for this first-class pediatric hematology-oncology department to be allowed to continue — or at least enable our kids to be treated in Jerusalem, our home. Otherwise it really will be a complete “busha le’medinah.”

A demonstration outside the Prime Minister’s house will be held Tuesday 16th May, 2017 from 5pm, to express anger that the Health Minister has allowed this to occur.

Gina Shaffer, a PR consultant, lives in Jerusalem with her husband and four children.

About the Author
Gina Shaffer, a PR consultant, lives in Jerusalem with her husband and four children.
Related Topics
Related Posts
Comments