In Part IV of this series, we introduced a few refugee heroes that arrived in an Athens, Greece refugee camp. Today we share the stories of several others who have made this journey. 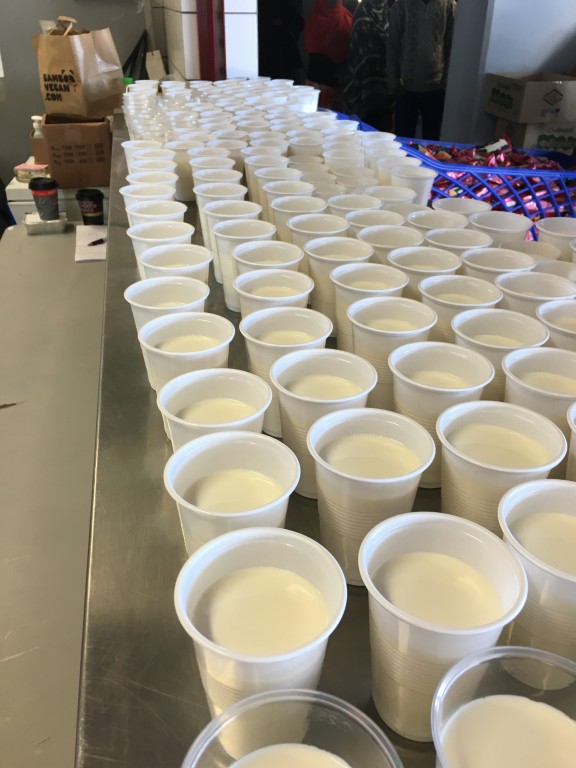 Yazen
.  Yazen is a Yazidi from Sinjar in Iraq. I met him one day while I was preparing for breakfast. He helped me pour milk and line the glasses up on the counters. As we worked, he told me his story, in pretty good English at that.

Before the terrorists arrived in his city, Yazen worked as a student translator for foreign oil companies. When the terrorists came, they began to kidnap women and children and murdered many people.

“My mother and sister were taken by them,” Yazen explained, “And I
may never see them again. There is genocide happening there, and people need to know about this!” He emphasized one point: “You must tell the people.”

And so I do, by sharing Yazen’s story and that of many others. I cannot change what has happened for these people, and I am uncertain how much I can help them. But I can share their stories.

Yazen and I spoke for a long time. I learned of all his struggles and his journey so far. He even explained Yazidi culture to me, and I really enjoyed listening to him and learning about things I had never experienced. Along with Yazen, every person I met during my week in Greece taught me something in some way.

Shirzad and Novi. Arriving from Kabul, Afghanistan, Shirzad and Novi made the journey with many of their family members. They arrived on the northern shores of Lesbos one morning earlier this month. After an eight-hour walk, they arrived at a registration center outside the Lesbos capital of Mitilini. Shirzad noted that the long walk was made even more difficult by a waterlogged backpack, but the fatigue was barely noticed. To get to this point, the two had already crossed four countries and covered nearly 3,000 miles, mostly on foot. Traveling from Kabul, they traveled down into Pakistan, crossed into Iran, then traveled into Turkey and across the country’s Aegean coast, before they piled into an inflatable rubber boat for the ride to Greece.

During their almost 20-day journey, they were shot at by Iranian border guards, loaded into the back of a pickup truck for a grueling, daylong drive across an Iranian desert, and held for ransom by smugglers who they had thought were assisting them. They were forced by their captors to give up most of the money they had brought with them, but they felt they had no choice in order to stay alive.

When they arrived on Greek shores, Shirzad and Novi joined other migrants and refugees at a café in Lesbos that has become something of an unofficial base for non-Syrian immigrants. They are part of the changing demographics of European refugees. Earlier this year, Syrians constituted the majority of individuals risking the journey to Europe. However, the makeup of passengers in the inflatable boats now reaching the shores of Lesbos has changed. Iraqis, Iranians, Afghanis, Moroccans, Somalis, and Bangladeshis are arriving in greater numbers than ever before.

After two weeks in Greece, the pair has almost completely run out of money. While in Lesbos, they bought a tent and set it up at the main port, whose parking lot is filled with such tents. Garbage is said to be everywhere, with dumpsters overflowing. They ended up camping out under one of the café windows while waiting for ferry tickets to Athens. While they waited, the café owner let them charge their phones and use his Wi-Fi. Family was finally able to send them additional money, enabling them to take the ferry to Athens. Now, with funds low but hopes still high, Shirzad and Novi face an uncertain future as they seek final asylum. 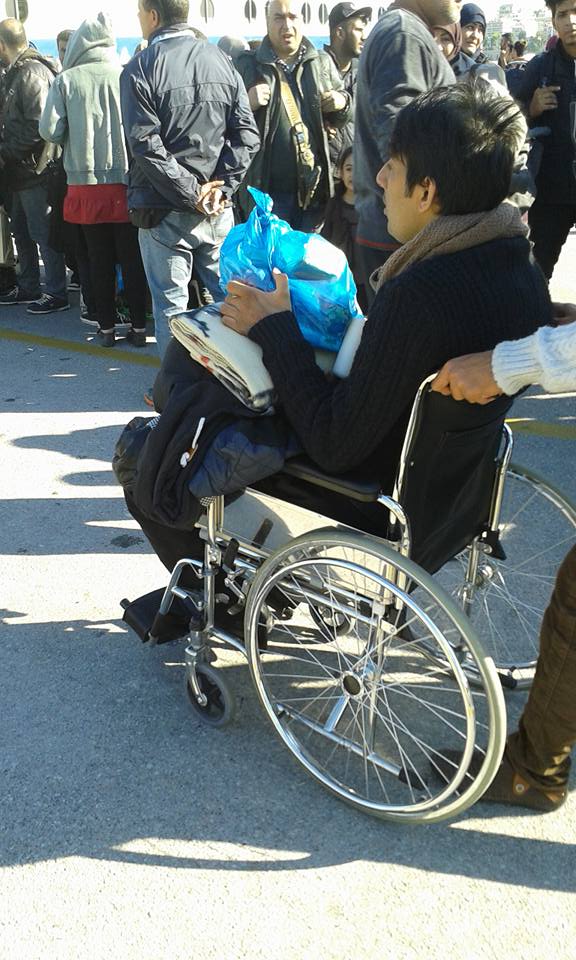 Adnan. Adnan, who arrived here from Syria, introduced himself to me when I was working the “shoe department” at the port in Piraeus, Greece. He began by showing me the hole in his foot. Admittedly, I was a bit grossed out by the sight, but I was certainly inspired to help him find the right shoe to fit his injured foot. Adnan did not speak English, and I do not speak Arabic, so we started off our conversation with hand signals. Luckily, I was able to locate an Arabic-speaking assistant to translate for us.

What Adnan told me gave me chills. He related that he was so happy to be in Greece now and was hoping to leave with his family that night for the Northern border. There they would begin a trek across Europe to Sweden, where he has friends. He was understandably concerned about his injured leg, so I went with him to the first aid station, where we secured some cream and the assurance that he would be fine for now.

Adnan told me of his attack and his surgery. He said that he wished he could go back to the hospital where his surgery was performed after his attack. I asked him where the hospital was, and his answer brought quick tears to my eyes. He said it was in Israel. I asked the name of the hospital, and he said, “Ziv.” As I hadn’t revealed my origins during my week in Greece – and wasn’t about to, I just said, “I hear they have excellent doctors there.” I found myself feeling so lucky – lucky to be part of a true democracy, and so lucky to have the life I have. I hope and pray that Adnan and his family will also find that life in their new land. 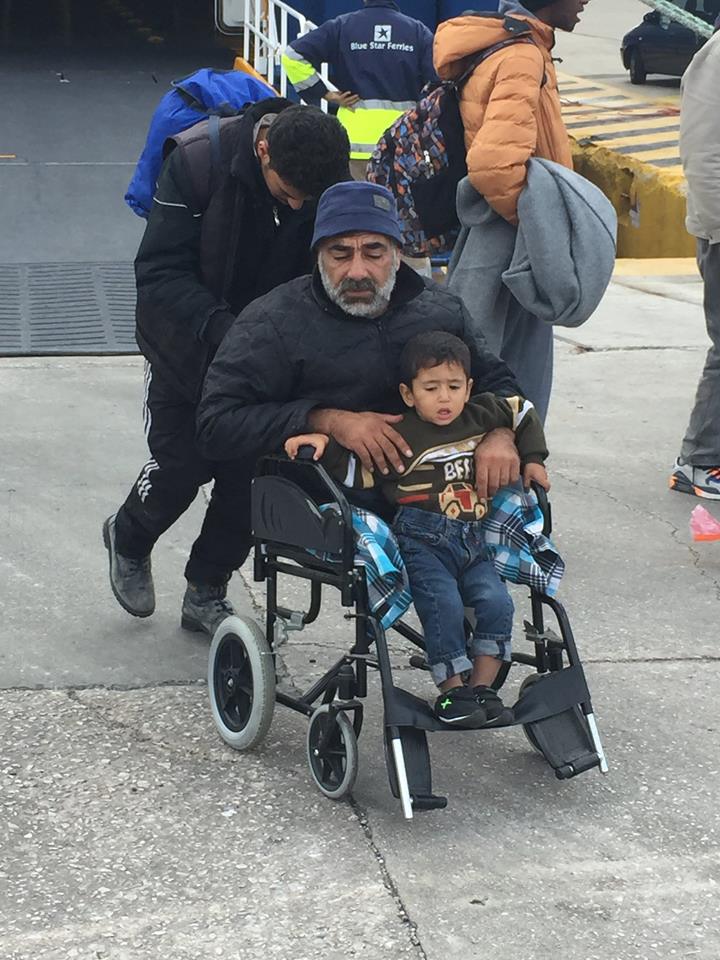 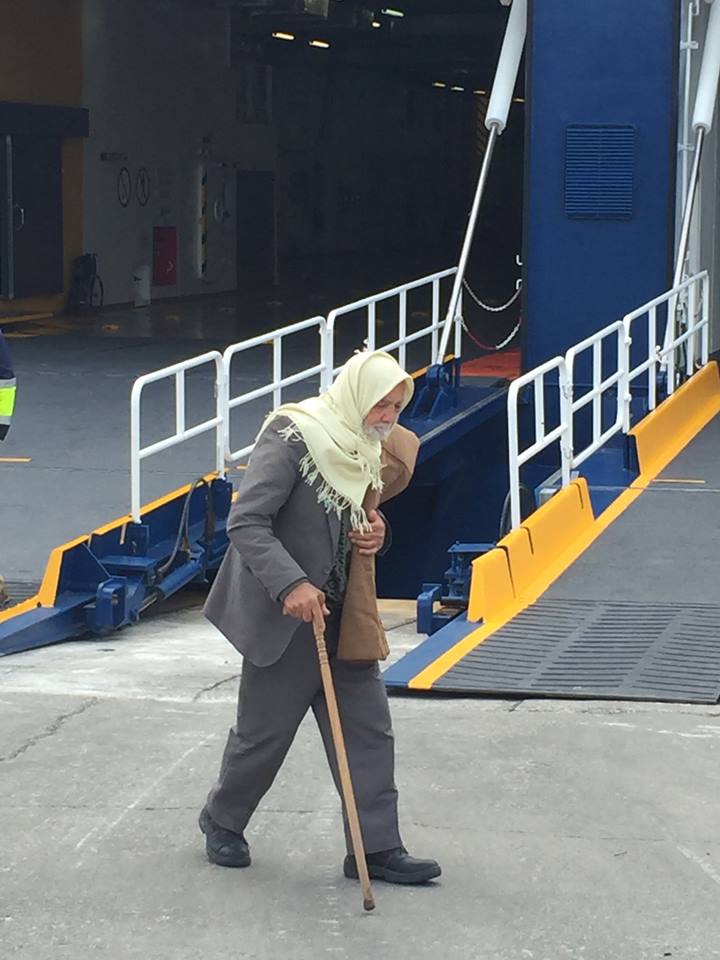 In Part VI of our series, we’ll explore ways in which you can help
refugees during this crisis. Everyone can’t make the journey to Greece, but there are many things that can be done to ease the burden for immigrants and hosting countries alike.