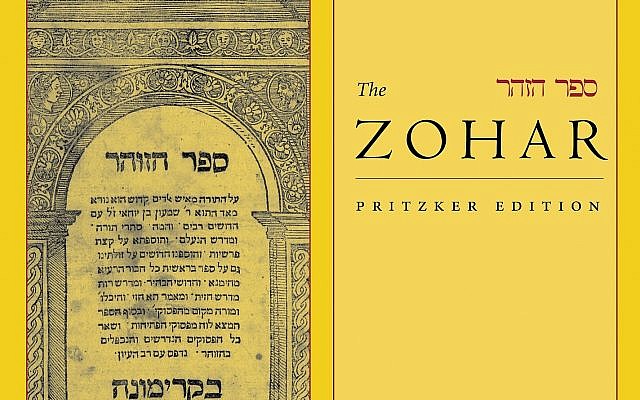 The first time I encountered the remarkable medieval Jewish mystical text known as The Zohar, the year was 1974. I was an undergraduate at Stanford taking one of the few Jewish studies classes offered at that time. The small 125-page paperback we used, edited by Gershom Scholem, cost $1.75. I never could have imagined that decades later, Stanford would publish the first-ever full translation of the Zohar into English and I would join in a celebration featuring its author Daniel Matt.

The Zohar: Pritzker Edition was described by Stanford University Press Director Alan Harvey as “a monumental work by everyone involved.” Matt, one of the world’s leading authorities on Jewish mysticism and a professor at the Graduate Theological Union in Berkeley, spent 18 years working on the translation and commentary. A dedicated Stanford Press team devoted many years to the 12-volume series, which includes an especially beautiful collector’s edition.

Stanford Religious Studies faculty member Ariel Mayse described the Zohar as “the crown jewel of Jewish mystical literature,” with layer upon layer of meaning, opacity of words and intricacy of symbolism. It has captivated centuries of seekers since being composed in the 13th century and printed for the first time in 16th century Italy by two competing publishers.

The Zohar’s themes remain as alluring today as ever, from the concept of infinity in the Kabbalistic notion of “Ein Sof” (without end) as the ultimate reality, to the feminine aspect of the Divine represented by the Shekhinah. Written in Aramaic, it is both a line-by-line mystical commentary on the Torah and what Matt described as an “experiment in medieval fiction.”

The Zohar regards each Hebrew word of the Torah as laden with mystery, which Matt illustrated in the two-letter word את (pronounced “et” in English.) This word has no actual meaning, he explained, but rather is a grammatical marker for a direct object. Comprised of the first and last letters of the Hebrew alphabet (aleph and tav), it “means nothing but expresses everything.” It came to represent all of the qualities of the Divine as embodied in the Shekhinah. In the mid-20th century, Israel’s first Prime Minister David ben Gurion tried to have “et” officially banned from usage, seeing it as an unnecessarily adding cost to modern Hebrew printing.

As is true for so much in Jewish life, making the Zohar more accessible today and preserving it for future generations was made possible by an exceptional gift. In a moving foreword to the series, Margot Pritzker describes how her personal desire to study the Zohar from “an English translation that would draw upon the research and scholarship of the past half-century” inspired her along with her husband Tom to support this extraordinary endeavor. All who treasure Jewish texts are the beneficiaries of their vision and generosity.

I still have my 1974 book and a page from Professor Larry Berman’s course syllabus. It promised to cover “the nature of mysticism in General, particular characteristics of Jewish mysticism—the apparent and the hidden—the mystical structure of reality.” Now 45 years later, I am grateful to continue the quest aided by The Zohar: Pritzker Edition.

Want to know more? Explore Daniel Matt’s online course about the Zohar and A Guide to the Zohar by Arthur Green also from Stanford Press