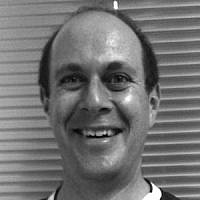 The Blogs
Harry Joffe
Apply for a Blog
Advertisement
Please note that the posts on The Blogs are contributed by third parties. The opinions, facts and any media content in them are presented solely by the authors, and neither The Times of Israel nor its partners assume any responsibility for them. Please contact us in case of abuse. In case of abuse,
Report this post.

With 24 Israelis having been murdered, and many more injured, since the current wave of Palestinian violence began in the beginning of October, it is important to dissect some falsehoods being propagated as a justification for this most recent pogrom:

Myth Number One: Jews are threatening the holy sites

This myth was the spark which ignited the current wave of violence. The Palestinians were told by their leader, President Abbas, in a few speeches, including one given at the UN, that Israel was attempting to change the status quo on the Temple Mount, that Jews are swamping the Temple Mount in great numbers, and that Jews are threatening and planning to destroy the Al-Aqsa Mosque.

The facts are, off course, very different. The Israeli government has been at pains to stress that it has no intention of changing the status quo on the Temple Mount. The complaint that Jews are swamping the Temple Mount is blatantly false — last year 12 000 Jews visited the Mount. However, this pales into insignificance when you consider that some 200 000 Christians and more than 3 million Muslims visited over the same period. It is important to stress that the status quo, agreed to by Israel after recapturing the Old City in 1967, simply said Jews would not be allowed to pray on the Temple Mount. It did not say that Jews would not be allowed to visit the Temple Mount.

The lie that Israel seeks to destroy the Al-Aqsa mosque is not borne out by the facts. Since Israel recaptured the Old City in 1967, [and had ample opportunity to destroy any site then if it so wished, in the middle of a vicious battle], the holy sites of all faiths have been strictly protected, unlike the rest of the Middle East, where churches, synagogues, mosques and world heritage sites have been regularly destroyed. It is interesting to note that the Palestinians have been rehashing the “Al-Aqsa is in danger” myth since the early 1920s, when the Grand Mufti of Jerusalem used it to inspire riots against the Jews of Jerusalem, and, later on, the massacre of the Jews of Hebron in 1929. As Ambassador Ron Dermer writes: “Nearly a century later, the mosque remains unharmed, but the lie persists.”

The current violence is the result of incitement by the Palestinian leadership which has created a culture and atmosphere of hatred for Jews. When President Abbas stated publically that he would not allow Jews to “contaminate with their filthy feet our holy sites” and that “every drop of blood that is spilled in Jerusalem is pure blood”, that was a clear call to battle. Obviously such incitement leads to violence, particularly when the lies relate to the holy sites. The Palestinian leadership would have been well aware of the history and results of previous occasions when Jews have been accused of threatening the Al-Aqsa Mosque-violence and pogroms against Jews broke out-and the current wave of incitement has exactly the same intention.

It is also hard to accept the argument that the violence is being carried out by desperate people, particularly when the “CV’s” of some of the killers are analyzed. Here are three of them:

Other killers have included university students as well as those from the Palestinian middle class.

The conclusion is inescapable — the current violence is mainly the result of vicious incitement and lies spread by the Palestinian leadership for its own political ends [it is no coincidence that the last Palestinian election took place in 2005-the PA is deeply unpopular among its people]. The killers are driven not by desperation, but by hatred for, and the desire to kill, Jews. With respect to the supposed frustration of the murderers, as Ambassador Dermer so eruditely puts it, their biggest frustration is that “they have failed to destroy Israel”. Looking at the facts and not the myths, it is hard to come to any other conclusion.

About the Author
Harry Joffe is a qualified lawyer and tax advisor. He has an LLB, Higher Diploma in Tax and a Master's degree in Tax. Harry also writes prolifically on the tax side.
Comments