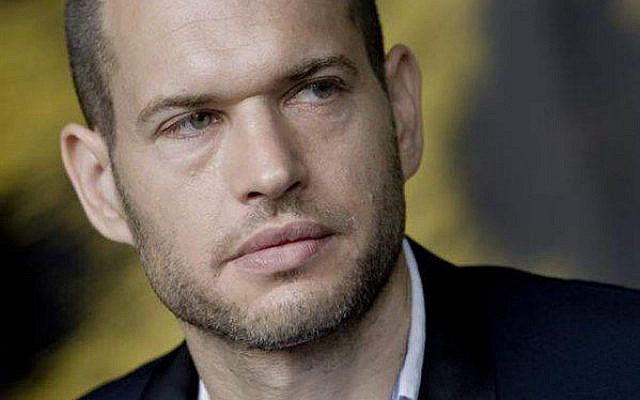 A man who hates his homeland Nadav Lapid said in an interview “the Israeli collective soul is a sick soul”.

It takes years to build trust, bonhomie, and amity, and with sincerity, and persistence goodwill turns into strategic alliance in diplomacy. Though even though two nations work hard to present as a united lot at the global stage, even one person not characteristically representing the national mainstream can act as a spoiler when the stage he or she gets is  of the level of the 53rd International Film Festival of India ( IFFI ) well, just one bad apple spoils the barrel. This prestigious festival  is  Conducted jointly by the Directorate of Film Festivals and the State Government of Goa, the festival has been organized in various cities in the past like Delhi, Mumbai, Kolkata, Madras, Goa, etc. Founded in 1952, the International Film Festival of India has now emerged as one of the most prominent film festivals in Asia. An Israeli film maker, Nadar Lapid was the head of the jury of 53rd IFFI, and played a disastrous role in mobilising Indian public opinion against the present strong Indo-Israeli friendship. The question is what did he do? Well India is known for it’s hospitality, this year IFFI showed the friendship between India and Israel, the Asian premiere of fourth season of Israeli series Fauda happened at IFFI. But guess what, somebody it seems was not that happy, Nadar Lapid insulted the Indian nation and the victims of the genocide of Kashmiri Hindus, in violence lead by terrorists in Kashmir region of India, and it came from a Jew, who comes from a community that has been persecuted in almost all parts of the world except India where Nadar Lapid gave this hateful statement, he said and I quote “ All of us were disturbed and shocked by the 15th film, The Kashmir Files. That felt like a propaganda, vulgar movie, inappropriate for an artistic competitive section of such a prestigious film festival. I feel totally comfortable openly sharing these feelings here with you at this stage. In the spirit of this festival, we can surely also accept a critical discussion, which is essential for art and life,” The question is what is this Kashmir Files? and why Nadar Lapid’s statement is being called insensitive and hateful.

The Farhud and Kashmiri Genocide Monument “Prayer” in Ramat Gan in memory of the Jews who were killed in Iraq in the Pogrom “Farhud” (1941) and in the 1960s. Image Credits: Wikimedia Commons.

Indian film, The Kashmir Files has emerged as the second most successful Hindi film this year as far as earnings is considered. Directed by Vivek Ranjan Agnihotri, the film revolves around the genocide and exodus of Kashmiri Hindus in 1990 when the Kashmir region of India experienced horrible terrorism supported by Pakistan, it was very similar to the Farhud which started on 1 June 1941, and was a Nazi-inspired pogrom that erupted in Baghdad, bringing to an end more than two millennia of peaceful existence for the city’s Jewish minority, Thousands of armed Iraqi Muslims were on the rampage, with swords, knives and guns, similarly in Kashmir a region of India which was known for it’s Hindu-Muslim, unity and rich culture turned into a battleground for terrorist forces guided by the ideology of intolerant interpretation of Islam to exterminate Hindus of Kashmir valley to change the demographics of this region and create terror amongst mostly peaceful Muslim Kashmiris who are proud Indians, so that they even tremble at the thought of picking up the Indian flag, a flag that represents religious diversity and tolerance, not even kids were spared. 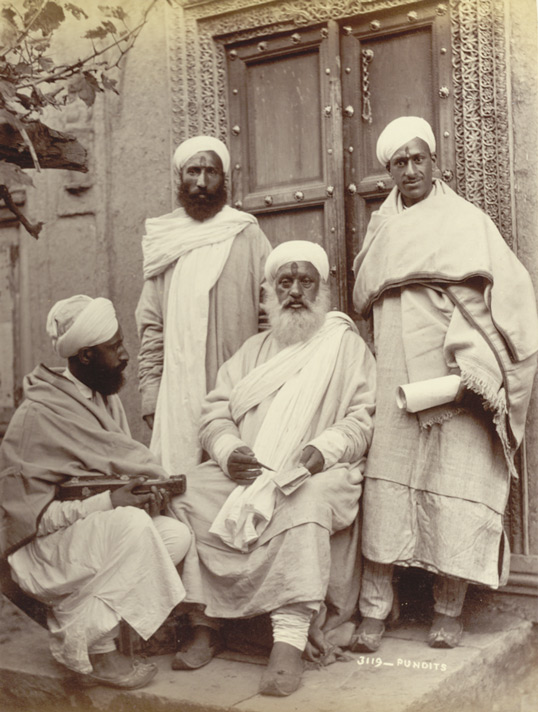 Like the slogan of ” Cutal al yehud” which translates as “slaughter the Jews” was raised in Baghdad the slogan of, ‘Raliv, galiv ya chaliv  which translates as “ convert, face death or flee ” was raised in Srinagar in Kashmir, India. Despite the blurred record, an estimated 700 Kashmiri Pandits ( Hindus ) were killed, many of them brutally, quite similar to the Farhud, the Israeli-based Babylonian Heritage Museum says about another 600 unidentified victims were buried in a mass grave. Kashmir Files was made to show this Farhud like genocide in Kashmir region of India, at a budget of Rs 20 crore, and went on to earn Rs 340 crore worldwide. The movie was supported by the ruling political party in India the Bhartiya Janata Party and it’s leader the current Prime Minister of India Narendra Modi.

Nadar Lapid is Anti-Israel and Anti-India

While talking about his film ‘Synonymes’ in one of his interviews, Lapid had said that “the Israeli collective soul is a sick soul. Something in the deepest essence of the Israeli existence is false – is rotten. It’s not just Benjamin Netanyahu – it’s not special to Israel. But, at the same time, I think this Israeli sickness or nature is characterized by young Israeli men muscular, smiling, who don’t raise any questions and don’t have any doubts. They are extremely proud of being Israeli. They have a totally dichotomist vision of existence: Us versus all the others,” he said in an interview published in Tornoto-based Now Magazine.

Nadar Lapid hates Benjamin Netanyahu and Israel, that’s up to him, but do that in Israel don’t disrespect other nations and their sentiments. You are not the Israeli mainstream and we know that, because even in India we have some people like you who hate Israel and call it an “occupation apartheid neo-colonial” regime, but thankfully these people are in a minority in India not the mainstream now, but there was a time when they were the mainstream, and friends of Israel were a minority it took a long time to change the scenario, so please Nadar Lapid don’t destroy the friendship between two brotherly nations.

Israel’s ambassador to India, Naor Gilon, tweeted his condemnation of Nadar Lapid’s statement this way,  An open letter to Nadar Lapid following his criticism of Kashmir Files. It’s not in Hebrew because I wanted our Indian brothers and sisters to be able to understand. It is also relatively long so I’ll give you the bottom line first. YOU SHOULD BE ASHAMED. Here’s why: In Indian culture they say that a guest is like God. You have abused in the worst way the Indian invitation to chair the panel of judges at IFFI Goa as well as the trust, respect and warm hospitality they have bestowed on you. You will go back to Israel thinking that you are bold and “made a statement”. We, the representatives of Israel, would stay here. You should see our DM boxes following your “bravery” and what implications it may have on the team under my responsibility. The friendship between the people and the states of India and Israel is very strong and will survive the damage you have inflicted.  As a human being I feel ashamed and want to apologize to our hosts for the bad manner in which we repaid them for their generosity and friendship. 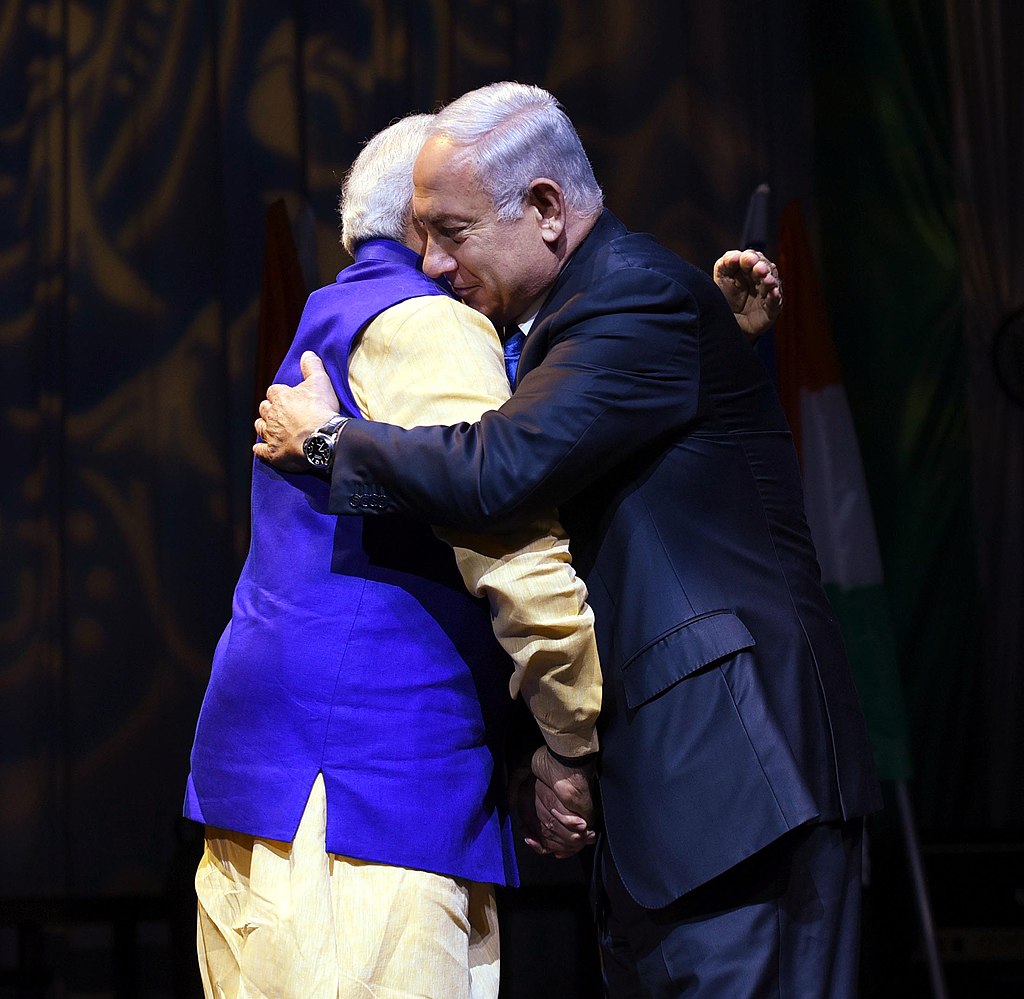 Honourable ambassador Naor Gilon you are right, there are several friends of Israel like me in India who will keep our countries stand united as friends against all odds, and we know Netanyahu’s Israel is not represented by Nadar Lapid’s statement. India is possibly the only known country in the world without any history of anti-semitism rather a history of promoting Jews, Judaism and Jewish culture, we are a nation full of diversity and we love it.  From Jews to Turks from Scythians to Greeks all found a home in India and live here without discrimination of any sort and God willing will continue to do so.