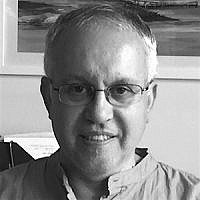 Should the announced government by Yair Lapid garner the needed support in the Knesset, then designated Prime Minister Naftali Bennett, will step into the premiership, with one of the darkest clouds of legitimacy hovering over any Israeli Prime Minister in history.

Following are some of the election promises that Naftali Bennett ran on, that awarded him a mere 7 Knesset seats, including one defector, Amichai Chikli, thus reducing his actual mandate to only 6 seats and counting down…

Multiple times in his appearances on peak rating news shows Naftali Bennett ran on the promise and ticket that he would never join a government lead by Yair Lapid, in his words: “neither in rotation nor mutation”.

Other variations of that promise included– I’ll never pass the leadership to the left-wing because I’m right-wing. When asked in that context if Lapid is Left, Bennett assuredly answered yes Lapid is left.

Moreover, prior to the elections Bennett blamed Lapid as a very divisive figure, but when later asked why he’s going into this coalition, he gave “unifying” as the key reason…

Prior to the elections Bennett said he’ll need 20 seats to be able to take the leadership and that 15 would not be enough. Later, after his numbers started to tumble, when asked if he would be Prime Minister leading a party of 10 seats, he emphatically answered: that’s not democratic to be Prime Minister with a party of only 10 seats!

Even after the elections Bennett said he wouldn’t sit with Labor as they don’t support a Jewish and democratic nation state. He also said that he’d certainly not sit with Meretz, who supports the ICC probe against Israel. Same goes with Ra’am (a local branch of the Muslim Brotherhood movement).

The original Hebrew tweet and video clip by Channel 11 Kann News that compiled these broken promises.

But for those watching carefully, there were early signs foretelling the betrayal of the right. In 2014, in a treacherous attack on free speech, Ayelet Shaked was behind the law that sought to close the only mainstream center-right newspaper in Israel at the time — “Yisrael Hayom.” In a similar case, Ran Baratz, the founding editor of the conservative news site Mida, reported that pressure was put on the funders of Mida, by Bennett and Shaked, to block its funding.

There were other signs as well, like the complimentary front page articles Shaked enjoyed on Yediot Ahronot, owned by center-left media mogul Arnon Mozes, who lobbied for the closing of Yisrael Hayom. There’s the personal friendship between Shaked and Avichai Mandelblit, a champion of an activist judicial branch. And there’s the failure of Shaked’s tenure as minister of justice, to leave any lasting change to reign in a progressive activist supreme court, one of the key agendas of Israeli right in recent years.

In his first interview as designated Prime Minister with chief political correspondent for Channel 12, Amit Segal, when asked about breaking almost all of his campaign promises, Bennett spoke about the “core” responsibility to take the country out of political chaos. But despite challenges and things to fix for sure, Israel of 2021 is not one of chaos. In fact, after more than a decade of Netanyahu’s leadership, Israel is completing it’s best decade in history, economically, geopolitically, and its a decade with the lowest fatalities from terrorism or battle than in all of Israel’s history. A decade with more peace agreements with Arab countries than any other in history.

And while Bennett wrote a book on how to overcome a once in a century pandemic, Netanyahu actually brought Israel out of it. More significantly, had Israel followed Bennett’s prescription, which used Germany as a model, Israel would have likely still been stuck in a second and third wave pandemic, instead enjoying a soaring post COVID-19 economy, the envy of the entire world. Which raises serious questions as to Bennett’s readiness to take the helm of probably the most complex premiership in the world…

If they succeed in overthrowing Netanyahu,
There is a fear that his successor on the right will be ‘tamed’ by the media and the justice system,
He will constantly try to please them,
And certainly will not dare to make the necessary changes in Israel.
Unfortunately, my actions and statements regarding judicial reforms also endanger me for the same reasons, but I will not remain silent.
The system in Israel must be changed (not broken).
A scared right-wing leader will not be able to do that.
**
They are not pursuing Netanyahu,
But the entire right-wing camp and our political ideology.
**
Therefore, in the face of this injustice and attack,
I will continue to do my best to protect the national camp and him.
I expect this from you too, my fellow travelers.
Yours, Naftali Bennett

Those words are now hauntingly prophetic. Naftali Bennett of June 2021 seems to have not only betrayed many of his right-wing voters, but also his own words and right-wing principles…