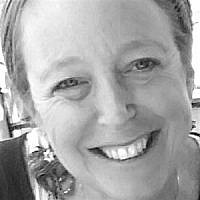 The Blogs
Nancy Chayn Fogelman
Apply for a Blog
Advertisement
Please note that the posts on The Blogs are contributed by third parties. The opinions, facts and any media content in them are presented solely by the authors, and neither The Times of Israel nor its partners assume any responsibility for them. Please contact us in case of abuse. In case of abuse,
Report this post.

Today, the day after the day that the State of Israel was established according to the secular calender, the Palestinian Arabs commemorate the Nakba. Nakba is the word for catastrophe in Arabic and indeed, this day 70 years ago was a terrible catastrophe for the Arabs of what was then called Palestine. The UN partition plan called for the creation of two states in the area, a tiny Jewish state and a less tiny Arab state. The Arabs remaining in the Jewish state would be full citizens.

Unfortunately, the leaders of the Arab nations refused to accept the Jewish state and called for its immediate destruction. They warned the Arabs to get out to avoid getting hurt in the attack, assuring them that they would soon return. That was the catastrophe. Had the Arabs stayed, they would be living today in a modern forward moving democracy with full rights or they would be citizens of their own Arab state.

The state that they have been demanding was handed to them in 1948 but they chose war and certainly none of them are better off for it. Most of those same Arab states that promised them a quick return to their homes, their Jewish neighbors destroyed, refused to take them in, refused to grant them citizenship and even put them in refugee camps. The Palestinians in Judea and Samaria are being held hostage by UNRWA and Hamas whose aim is still war and self-gain.

The biggest catastrophe is the failure to learn from the past. Every offer of peace has been rejected.  Gaza was handed to them. The thriving Jewish communities were dismantled, all the Jews removed by the Israeli government.  The army pulled out. A road was created to allow for the citizens of Gaza to travel through Israel to Judea and Samaria. Aid and goods were brought in by the truck loads. Israeli hothouses were bought up and left for the Gazans to help their economies but the leaders called for war, they burnt down the hot houses, they killed their political opponents, they took all the money coming in for humanitarian aid and put it towards building terrorist tunnels. They took a beautiful piece of land on the shores of the Mediterranean and turned it into one of the worst humanitarian crisis of today all in an effort to kill Jews. Last week they burnt down the border crossing from which they receive goods and destroyed their own source of fuel.

About the Author
Nancy Chayn Fogelman made aliya from the U.S. in 1989 after earning a BA from the University of Michigan. Several years later, she became a board certified lactation consultant and began a private practice and writing about birth and breastfeeding for several websites. Recently she earned her RN and began working in the Maternity Ward of Hadassah Ein Kerem.
Comments