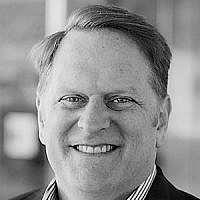 This week, the Knesset stands on the brink of enacting a new “Nation-State” Basic Law that will erode civil liberties and democracy in Israel and that will weaken the relationship between Israel and Jews in the Diaspora. It is sad that this proposed law – which in fact fails to enhance the Jewish character of the State of Israel – puts a fearful, parochial view of what constitutes a “Jewish” state ahead of the democratic and universal values on which the State of Israel was proudly founded. Despite recent positive amendments, the bill weakens Israel and should be rejected.

After vigorous public debate, the final version of the bill that cleared the Knesset Committee is much improved compared to its original version, thanks to amendments that make the bill more inclusive. It no longer puts the state’s Jewish character above its democratic character (already asserted in Israel’s Basic Law of Human Dignity and Freedom). The new bill no longer cites halacha as an express source of inspiration for public law, nor does the bill claim primacy over other Basic Laws. And the original line that stated that people could be prevented from joining community settlements on the basis of religion, ethnicity, or nationality has been dropped. Instead, the final bill now more generally affirms support of Jewish settlement as a national value to be promoted. These are all good changes. But they are not enough, which is why nearly half the Knesset members, many public figures, and leaders of important Jewish organizations remain opposed to the bill’s passage.

By refuting both social justice and democratic values, the promoters of the Nation-State bill subvert and distort the Zionist dream. The bill, especially in its original form, is openly hostile to secular or non-Orthodox Jews in Israel, to many Diaspora Jews who see Israel as their homeland, and to Israel’s Arab citizens.

The proposed Nation-State Basic Law would legitimize exclusionary and discriminatory practices and weaken the rule of law. It could be used to bolster legal arguments in Israeli civil courts that enshrine religious primacy even in secular matters, yet simultaneously challenges the role of multiple strands of non-Orthodox Judaism within Israel. It erodes Israel’s core values by failing to reinforce strongly the commitment to democracy and equality. And it reduces the rights (linguistic and otherwise) of Arabs, who still make up a sizable minority population as citizens of the State of Israel.

The debate is not about defining Israel as a Jewish state. Israel is already a Jewish state without this law, with Hebrew the main language, Zionism its founding credo, and heavy overlap between religious and civil affairs. Other than the Law of Return, however, Israel has until now generally rejected codifying ethno-centric bias into law. Israel is and should remain an exemplar of democratic values; it need not sacrifice them to preserve its Jewish character, identity and mission.

Theodore Herzl, calling for a Jewish homeland in Ottoman Palestine in his Third Zionist Congress address at Basel on Aug 15, 1899, rejected the false dichotomy of apathy or hostility. He called on Jews to take a “third road”. Herzl declared, “We want to amount to a higher grade of civilization, to spread well-being abroad, to build new highways for the intercourse of peoples, and to forge an opening for the coming social justice.” That progressive path requires respect for minorities and the preservation of civil rights, equal access to justice, and the rule of law.

Zionism has always been a carefully calibrated balancing act between competing world views: modern and old; immigrants and Yishuv Jews; urbanites and settlers; Sephardic and Ashkenazi; Hiloni, Masorti, Dati and Haredi; or left, moderate and right wing political parties. Zionism has also recognized the critical need – both practically and morally – to build mutual respect among Jews, Arabs and other minorities within Eretz Yisrael, however its borders are determined and despite huge and longstanding obstacles and mistrust. There is a connection between how Israel treats its non-Jewish minority and how Diaspora Jews are treated in other countries where they are minorities.

We Jews in the Diaspora may not be Israeli, but we are the part of the People of Israel. Israel’s national policies resonate beyond its borders and affect Diaspora Jews and how we are perceived within our own communities. When the world decries Israel, anti-Semitism raises its ugly head again and again. We cannot afford to be ambivalent about Israel nor silent when it makes national choices that affect all Jews and that threaten the very nature of our Jewish Homeland. This proposed law, even in its final form, strengthens the hand of those who would call Israel undemocratic or oppressive.

So long as Israel remains a vibrant democracy, competing interests can be reconciled and balanced. Democratic debate, compromise, and tolerance under the rule of law are essential to the functioning of Israel as a modern state and to its standing in the world. Israel’s strength depends on it remaining both democratic and Jewish.

The proposed new law ultimately weakens Israel’s viability and legitimacy as a Jewish state. In short, it implicitly and deliberately changes Israel from Jewish and democratic to “Jewish” and not democratic. It is a hopeful sign that the open public debate and last-minute redrafting of the bill in the Knesset have produced a final version that is less hostile to competing views and more inclusive in its vision for Israel. That process itself offers some reassurance. States are like trees: those with deep roots and flexible limbs survive. Unbending trees or those with narrow roots snap or topple at the first heavy wind.

Under the Israeli legal system, Basic Laws in Israel take on special weight and power by implementing the Declaration of Independence and its Zionist values in the absence of a written constitution. The Members of the Knesset should reject this dangerous and divisive proposed Nation-State Basic Law. Rather, they should recall and embrace the values proclaimed on the 5th day of Iyar 5708 (May 14, 1948) in Israel’s Declaration of Independence, which states:

The State of Israel will … foster the development of the country for the benefit of all its inhabitants; it will be based on freedom, justice and peace as envisaged by the prophets of Israel; it will ensure complete equality of social and political rights to all its inhabitants irrespective of religion, race or sex; it will guarantee freedom of religion, conscience, language, education and culture….

We appeal…to the Arab inhabitants of the State of Israel to preserve peace and participate in the upbuilding of the State on the basis of full and equal citizenship and due representation in all its provisional and permanent institutions….

We appeal to the Jewish people throughout the Diaspora to rally round the Jews of Eretz-Israel in the tasks of immigration and upbuilding and to stand by them in the great struggle for the realization of the age-old dream – the redemption of Israel.

Those are the words, ideals and values on which a strong, vibrant, welcoming and democratic State of Israel depends so that it can safely remain the homeland for the entire Jewish people and an Or Lagoyim, a light unto the nations.

About the Author
Allan Marks is a publishing adjunct at the MirYam Institute (www.MirYamInstitute.Org) and one of the world’s leading project finance lawyers. He also teaches at the University of California, Berkeley law and business schools. He earned a BA in International Studies from Johns Hopkins University and a JD from the University of California, Berkeley School of Law. Views expressed are his alone.
Comments