I’ve been a fan of Natural Grocers for a while, partially because it carries a good bit of interesting kosher cheese from the State of Colorado, and frankly, in general, they have pretty good employees who are polite and respectful. During my travels, I’ve always found one with a good selection of kosher vegan food that keeps my energy up when there is nothing else around.

However, during my time in New Mexico recently, I found the employees of one Natural Grocers in the city of Rio Rancho extremely rude and disrespectful to me. It made me wonder seriously why they were being rude, and if it was just a bad day, anti-Semitism, bigotry or something else.

The fact that I’m that “worried” about being targeted as a Jew, says a lot about our society and the state of hate in our nation.

I’m a very visible Jew: my yarmulke or hat is almost always on, and people make comments all the time – especially out west in areas where some people have never seen a Jew with a Yarmulke. I’ve been the target of a bomber, a neo-nazi band, and even my neighbors in Vegas house vandalized with swastikas.

I’ve gotten more than a few anti-Muslim comments over the years, because people are extremely daft and can’t tell the difference between a Jew and Muslim

In this case, I have no idea why I was targeted for abuse. Maybe the guy had a bad day?

The employee of the store was not wearing a mask correctly (as required by law), and when I mentioned that I did not feel comfortable at that check-out line. The manager who was there, told him to put on his mask, which he did immediately.

The employee began to scream and yell at me something that sounded like “that’s very gay.”

In shock, I started to record and take photos. You can clearly see the employee now has the mask but is still engaging and yelling at me as I attempt to checkout at a line across from him. 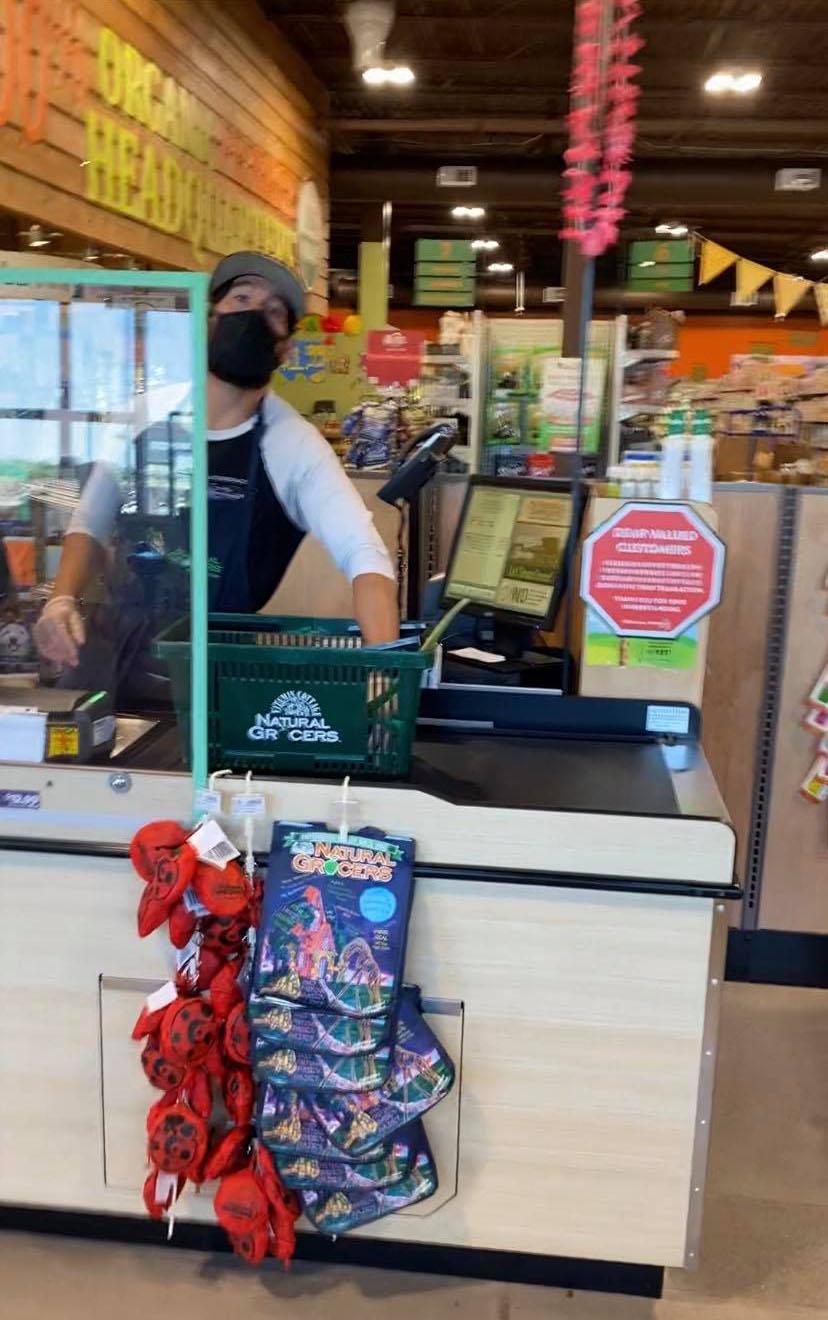 The manager tells me that he didn’t say anything homophobic, that he was screaming “whatever makes your day.”

Somehow that doesn’t make it seem any better to me that a random employee of a store felt the need to scream at me anything because I asked that they follow the law.

Regardless of your opinion of masks, and its necessity it shouldn’t ever result in abuse by an employee.

Employee of any store shouldn’t be screaming at customers, but especially someone of a religious minority that is subject to bigoted attacks on frequent basis.  Us Jews have learned that when someone starts randomly screaming at us, it’s often because of extreme hatred and violence is about to occur.  Being yelled at makes us wonder if the person isn’t about to pull out a knife or gun and attack us, because this happens more often than we’d like to think about.

It’s possible that I’m very sensitive and most people would have laughed and ignored it. I don’t have that privilege, however, to laugh off any sort of potential hatred.

There’s a real awareness that visible Jews have: our religion will always make us targeted, whether it’s at a synagogue or at a grocery store.

This of course, applies to anyone of a religious minority, whether its Sikh, Muslim, Jewish or Rastafarian. If you’re an employee of a store, be aware that many people treat us horribly different wherever we go.

Your “angry day” may seem like nothing to you, but for us it’s often a trigger to remind us that we are not “accepted” by mainstream white Christian society.

About the Author
Pesach “Pace” Lattin is a leading online media expert with over two decades online in creating everything from display networks, affiliate systems, fraud detection companies and online publications. He is also the former founding member of the Secret Service's New York Electronic Crimes Task Force -- and his forensics manual is still the foundation of every Secret Service computer investigation.
Comments